Alaba returns to the group and could have minutes against Betis 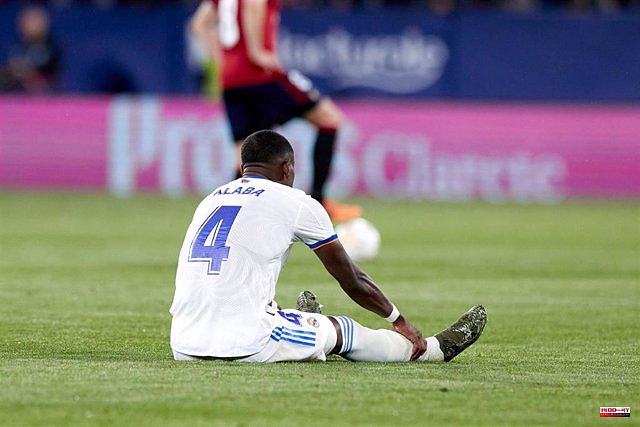 Real Madrid had this Tuesday the good news of the return to the group of the Austrian David Alaba, so the center-back could have minutes again in this Friday's duel against Betis and that would help him pick up the pace for the League final of Champions on May 28.

The defender suffered a muscular injury at the end of April in the first leg of the Champions League semi-finals against Manchester City and has missed the matches against Espanyol, the second leg against Pep Guardiola's team, Atlético de Madrid, Levante and Cádiz , but, after training separately for the last few days, it was the great novelty of the first session of the week for the Madrid team and everything indicates that he is already recovered.

In this way, Carlo Ancelotti could take advantage of Friday's clash at the Santiago Bernabéu, where the champion will close LaLiga Santander 2021-2022, so that the international could once again pick up a competitive rhythm for the final against Liverpool in the Champions League of the next May 28 in Paris.

1 Biden lifts sanctions on Maduro without preconditions 2 “We still have a chance if I stay here” -Evgeni... 3 Tiger Woods will be in great company 4 The government presents an 'open' university... 5 A pending change to advance to the rhythm of the new... 6 Ottawa's debt is sustainable in the medium term,... 7 Can you be fooled by contributing to an RRSP? 8 Criticism of 'The Turtle Maneuver' (2022):... 9 The Government did not pay Yolanda Díaz's expenses... 10 The PSOE flirts with supporting the Pegasus commission... 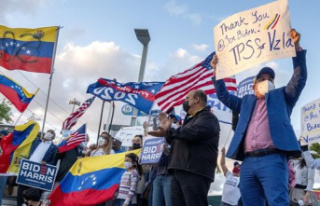