Joe Biden has decided to lift some sanctions on the Venezuelan regime with the argument that this is how he intends to facilitate dialogue between Chavismo and its opponents, as announced by the White House on Tuesday, May 17. 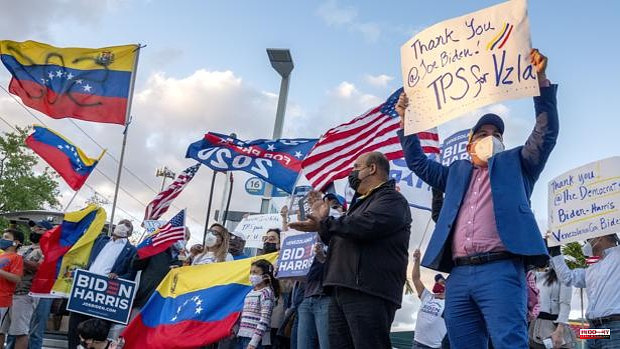 Joe Biden has decided to lift some sanctions on the Venezuelan regime with the argument that this is how he intends to facilitate dialogue between Chavismo and its opponents, as announced by the White House on Tuesday, May 17. On the one hand, the US government will allow the US oil company Chevron to negotiate some licenses directly with the Venezuelan regime, but it is not allowed new drilling or exports of Venezuelan crude oil, and on the other hand, a former director of the state oil company PDVSA and his nephew are eliminated. of the Venezuelan first lady from the official list of those sanctioned, in which he was included for corruption.

This is the first lifting of sanctions since the various rounds applied by the Donald Trump Administration.

To date, for more than a year, Biden has maintained those sanctions inherited from Chavismo and Nicolás Maduro, whom the US Attorney's Office has accused of being an integral part of a drug cartel that has derived tons of cocaine to the US. throughout the years. Since 2019, the US has only recognized Juan Guaidó as the legitimate representative of the people of Venezuela.

The Chavista regime suspended talks with the opposition in October 2021 after the extradition to the US from Cape Verde of businessman Alex Saab, considered a figurehead for Maduro and accused by the US of money laundering. According to a court document made public in Florida on February 16, Saab had previously been secretly booked by the Drug Enforcement Administration as an informant and gave US agents information about bribes he himself paid to Venezuelan officials. Saab is today in full trial for eight counts of bribery and money laundering for channeling more than 350 million dollars to accounts abroad, including the US.

The partial withdrawal of sanctions allows Chevron to negotiate new futures contracts in Venezuela, without implementing them. “Everything depends on the Maduro regime taking measures that are positive. Another authorization would be needed for Chevron to reach any type of agreement, ”said a US official detailing the measures. On the other hand, the sanctions on Carlos Erik Malpica-Flores, penalized since 2017, and who is the nephew of Maduro's wife, Cilia Flores, and was a senior manager of PDVSA, are withdrawn.

As the White House official said when making the announcement, the opposition, commanded by the interim government led by Guaidó and the so-called Democratic Unity Roundtable, support these measures. “It is very important to emphasize that this was done in coordination with the interim president, Juan Guaidó, to move the talks forward. This is something that [Maduro's opponents] think is helpful for the talks to move forward," the official said.

In March, the White House effectively resumed dialogue directly with Maduro. Then they traveled to Caracas the person in charge of Latin America in the National Security Council of the White House, Juan González; President Biden's special envoy to free hostages, Roger Carstens, and the US ambassador to Venezuela, James Story. Upon his return, the White House said that in a meeting with Maduro the release of US prisoners was discussed and, in the words of the then presidential spokeswoman, Jen Psaki, "energy security issues", that is, crude oil production.

Chavismo effectively freed two Americans that it had imprisoned: Gustavo Cárdenas, one of the so-called Citgo six, the executives of that refining company who were arrested in Venezuela in 2017 on corruption charges, and Jorge Fernández, a tourist arrested last year. charged with terrorism for being in possession of a drone.

Last week, 18 Democratic legislators asked Biden in a letter to lift the sanctions against Maduro, to mitigate the effects of the sanctions on the population. In June, the US chairs a conference of Latin American and Caribbean nations, but the president of Mexico, Andres Manuel López Obrador, intends to boycott it if Biden does not invite Maduro, as well as the dictators of Cuba and Nicaragua.

1 “We still have a chance if I stay here” -Evgeni... 2 Tiger Woods will be in great company 3 The government presents an 'open' university... 4 A pending change to advance to the rhythm of the new... 5 Ottawa's debt is sustainable in the medium term,... 6 Can you be fooled by contributing to an RRSP? 7 Criticism of 'The Turtle Maneuver' (2022):... 8 The Government did not pay Yolanda Díaz's expenses... 9 The PSOE flirts with supporting the Pegasus commission... 10 The judge of the 'mask case' cites Almeida's... 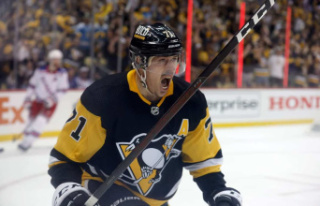 “We still have a chance if I stay here” -Evgeni...