The PPdeG returns the ball to the court of the PSdeG. 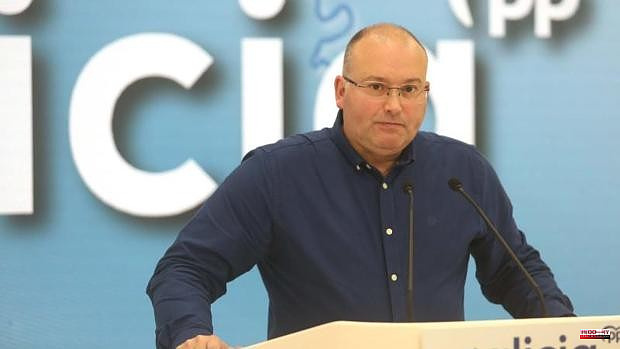 The PPdeG returns the ball to the court of the PSdeG. If its secretary general, Valentín González Formoso, summoned Alfonso Rueda, future leader of the Conservatives, by letter to meet this Wednesday to address the situation in Orense —in an attempt to set the pace—, after the umpteenth controversy of its mayor, another general secretary, that of the popular Galicians, responded in turn, with another letter, dated this Tuesday, May 17, in which he proposes a "global agreement for the entire Community" that respects, "in all the councils", that governs "the most voted list".

Tellado, in the letter to which ABC had access, recalls that it was this very thing that, “in June 2019, after the municipal elections”, was proposed to the PSdeG —then led by Gonzalo Caballero— as a “pact”.

"In the absence of a response from the PSdeG, the Popular Party granted freedom to local groups to negotiate government pacts and offer majorities to municipal corporations," Tellado refreshes Formoso's memory, which seeks to capitalize on the dust cloud over the aggression from the mayor of Ourense to a union representative.

"That spirit is what guided the action," he continues, of each group "in all subsequent negotiations that occurred in the municipal field, and that local autonomy will be respected," he warns, until there is a "global agreement," in the “future”, that puts black on white what Alberto Núñez Feijóo advocated three years ago and continues to advocate: that whoever gets the most support governs. If this had happened in 2019, for example, Formoso would not enjoy control of the Diputación de La Coruña. The socialists would not have that of Lugo either —just like the city councils of the city of the walls, La Coruña and Ferrol—. And Orense would not experience the current situation, caused by the maneuver of the PSdeG, with Rafael Rodríguez Villarino at the helm, to evict Manuel Baltar from the provincial government. The PPdeG deactivated this possibility by agreeing with Gonzalo Pérez Jácome's Democracia Ourensana. As a lesser evil, the heterodox founder and boss of the independent platform began to wield the baton. But Baltar was able to retain the Diputación.

Last Friday, Formoso urged Rueda, by sending a letter, to "sit down, without preconditions", at a "meeting" this Wednesday at 12:00, in a hotel next to the PPdeG headquarters in Santiago. The Galician PSOE would send, for its part, a "negotiating commission made up of three people", collects the text also consulted by this newspaper. The socialist leader squeezed his interlocutor, attributing to her the "maximum responsibility" for an "absolutely regrettable situation", by giving his support to Jácome with his seven mayors.

Formoso addressed Rueda as "the head of the PP in Galicia", ignoring that he still has to wait for the weekend to be proclaimed president of the formation at the extraordinary congress this weekend in Pontevedra. So far, all attempts to unravel the situation in Orense have ended without success. Nor will it be today when there is white smoke, nor will Formoso have the long-awaited photo of him. Jácome, meanwhile, keeps his chair.

1 A master and his dog attacked by two mastiffs 2 A dashboard to monitor the performance of the health... 3 Alaba returns to the group and could have minutes... 4 Biden lifts sanctions on Maduro without preconditions 5 “We still have a chance if I stay here” -Evgeni... 6 Tiger Woods will be in great company 7 The government presents an 'open' university... 8 A pending change to advance to the rhythm of the new... 9 Ottawa's debt is sustainable in the medium term,... 10 Can you be fooled by contributing to an RRSP? 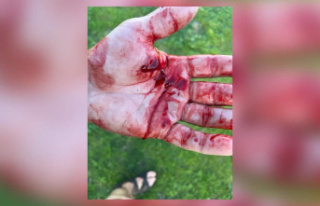 A master and his dog attacked by two mastiffs