The Stock Exchange sets its sights on 8,500 boosted by banking and energy

The Spanish stock market has experienced a positive day, in line with Europe. 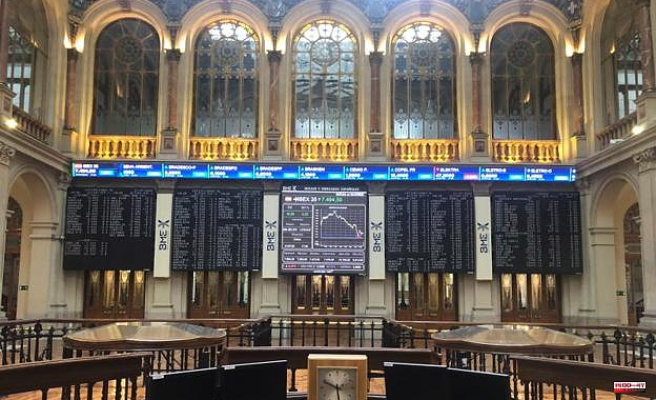 The Spanish stock market has experienced a positive day, in line with Europe. The Ibex 35 was boosted this Tuesday by 1.45% boosted by banking and energy, which has allowed it to approach the 8,500-point barrier, in a scenario marked by the evolution of covid-19 in China and the publication of macroeconomic data.

The selective closed at 8,475.7 points, with most of its values ​​positive. Siemns Gamesa led the promotions (5.45%), followed by CaixaBank (5.17%), which this Tuesday presented its Strategic Plan 2022-2024, which contemplates a return of 12% at the end of the period and the generation of 9,000 million of euros of capital.

This widespread advance in markets came after authorities in the Chinese city of Shanghai have set a goal of getting back to normal in June. "Fifteen of Shanghai's 16 districts have lifted covid-19 restrictions outside of quarantine zones," said Zong Ming, the city's deputy mayor, as reported by the 'China Daily'.

On the other hand, the quarterly Gross Domestic Product (GDP) of the euro zone was published, which registered an expansion of 0.3% in the first quarter of 2022 compared to the fourth quarter of last year, when growth was similar, according to the first estimate of the data published by Eurostat, which includes an expansion of 0.5% in employment, one tenth more than in the previous three months. Compared to the first quarter of 2021, the GDP of the euro zone grew by 5, 1%, which represents an acceleration of four tenths compared to the year-on-year rise of the previous three months.

In Spain, the debt of the public administrations as a whole registered an increase of 0.85% in March compared to February, reaching the historical maximum of 1,453 billion euros, which stands at 117.7% of GDP, according to advanced data this Tuesday by the Bank of Spain. On its side, the trade deficit stood at 15,416.5 million euros in the first quarter of the year, which means multiplying by almost five (372%) that registered in the same period of 2021.

Regarding the war conflict, the Russian government acknowledged that there is currently no type of negotiation with the Ukrainian authorities to lower the war tensions, according to Moscow due to kyiv's lack of commitment to a dialogue that has hardly produced practical results.

1 The PP refuses to join in reforming the Catalan law,... 2 The PPdeG proposes to the PSdeG a "global agreement"... 3 A master and his dog attacked by two mastiffs 4 A dashboard to monitor the performance of the health... 5 Alaba returns to the group and could have minutes... 6 Biden lifts sanctions on Maduro without preconditions 7 “We still have a chance if I stay here” -Evgeni... 8 Tiger Woods will be in great company 9 The government presents an 'open' university... 10 A pending change to advance to the rhythm of the new... 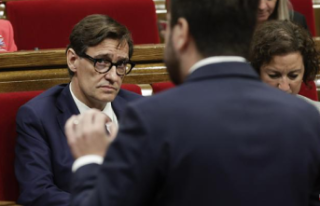 The PP refuses to join in reforming the Catalan law,...