The hydraulic works of Madrid Nuevo Norte will start in 2024

The Madrid Nuevo Norte project, considered the largest in the urban development sector in Europe, was presented yesterday by the president of Madrid, Isabel Díaz Ayuso, during her official visit to Miami. 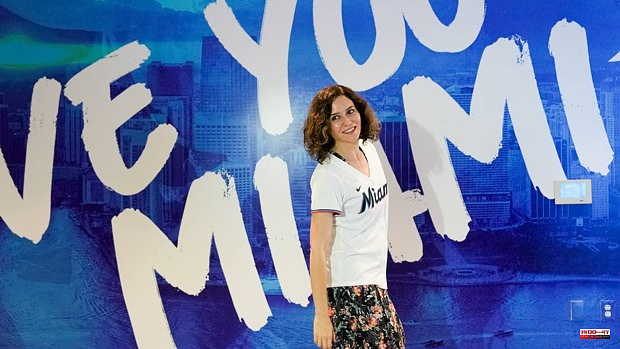 The Madrid Nuevo Norte project, considered the largest in the urban development sector in Europe, was presented yesterday by the president of Madrid, Isabel Díaz Ayuso, during her official visit to Miami. She told members of the United States Latino Chamber of Commerce (CAMACOL), with whom she met. And she told them some news: that in 2024 the large hydraulic works for Madrid Nuevo Norte will begin to be built.

The Madrid public water company, Canal de Isabel II, plans to renovate 12 kilometers of facilities. Five of them will be displaced: those of Canal del Atazar, Canal Alto, Canal de Santillana, Depósito del Olivar and Elevadora de Plaza de Castilla. These works will begin in 2024 and will be completed in 2027, according to forecasts, and an investment of 80 million euros is planned.

The Madrid Nuevo Norte project, which Díaz Ayuso exhibited before North American businessmen, will involve an investment of 11,000 million euros, will generate 200,000 jobs and its first homes will be delivered in 2026. The initiative also includes large public transport infrastructures, such as a new Metro line to be built in 2029.

According to Díaz Ayuso, in the next Council of Government -tomorrow Wednesday-, the green light will be given to the Coordination and Execution Plan for the start-up of the large public infrastructure works of this urban development, as they have agreed the regional and city governments of Madrid, the Railway Infrastructure Administrator (ADIF) and the private developer, Distrito Castellana Norte (DCN).

These include, in addition to those already mentioned, the new Chamartín underground transport interchange, the remodeling of the last section of Paseo de la Castellana, and the connection tunnel of this artery with Fuencarral and the North and Fuencarral junctions, in addition to the transfer of the EMT facilities in the area. Adif is already promoting the covering of the Chamartín tracks. And the new railway complex of the Madrid–Chamartín Station, among others, will be put into operation.

On her tour of Miami, the Madrid president announced to the businessmen of the Latin Chamber of Commerce the launch of a project to accelerate cultural companies and an investment fund for the sector, led by the Madrid Community.

The regional government is preparing a tender to which private entities of recognized solvency may opt for the best one to work as a cultural accelerator. "We want it to help 'startups' and entrepreneurs in this sector to innovate, to incorporate a business approach to their projects and to grow."

As for the fund, it will be managed by an independent company authorized by the National Securities Market Commission (CNMV). And it is the intention of the Madrid Executive to allocate 4 million euros to that fund to encourage private capital. "So that no project with a future in the region falls by the wayside due to lack of funding," concluded the regional president.

As Díaz Ayuso explained to an audience of potential investors, the Community of Madrid concentrates 22 percent of the cultural industry in Spain, and leads the number of jobs in the sector, with more than 150,000. It is a field, he described it, which is being given a boost in the Madrid region.

Thus culminated his trip to Miami, in which he also found a moment to attend the Miami Marlins baseball game against the New York Mets, which he witnessed stuffed in a jersey of the first in his name that was given to him when he arrived at the stadium. .

1 Three million euros and almost a hundred performances... 2 Drama in the kitchens of the Candidates: Caruana's... 3 “In four days my life has completely changed” 4 False eyelashes: user manual to enhance the look 5 Andorra becomes the world capital of high mountain... 6 A judicial setback endangers the distribution model... 7 The tragic life of Laskovyi May, the 'Soviet... 8 The President of the Government, Pedro Sánchez, when... 9 Biden will ask Sánchez today to double defense spending 10 Russia removes Polish flag from Katyn 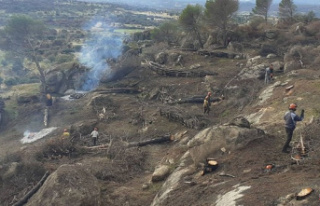