Nature, respect, sustainability, and above all a lot of gastronomy. 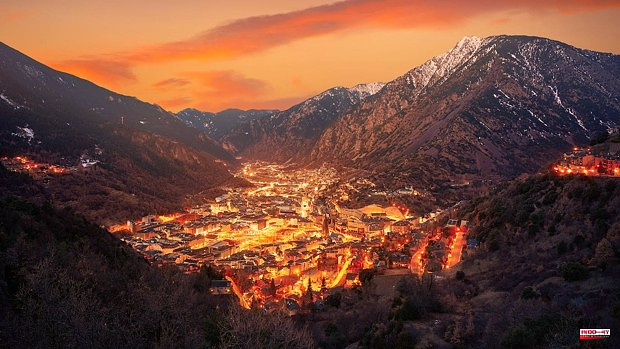 Nature, respect, sustainability, and above all a lot of gastronomy. The human factor and the environment are two of the pillars of Andorra Taste, the professional event organized by Vocento Gastronomia, Grup gsr and Andorre Turisme, which will host a hundred professionals between September 14 and 18 and will value the Andorran cuisine and its culinary relationship with France and Spain.

In addition to the presence of chefs of the stature of Mateu Casañas, Oriol Castro and Eduard Xatruch –head of the fifth best restaurant in the world according to The World's 50 Best list– the meeting will be attended by the two Michelin stars Nacho Manzano and Francis Paniego, the chef Fina Puigdevall; at the helm of the Andorran restaurant Les Cols, Óscar García; that defends the cuisine, products and wines obtained at more than a thousand meters of altitude –cuisine from the Highlands–, and the chefs Nandu Jubany, Josep María Kao and Ana Roš, among many others.

It is impossible to talk about the history of gastronomy without mentioning Michael Bras, one of the most internationally respected chefs who has marked a before and after in the course of contemporary cuisine. His attachment to his roots is also reflected in the operation of his restaurant, where you have to book more than two months in advance. His whole family is involved in the business: his wife is the specialist in flower decoration, his mother prepares the 'aligot' –delicate mashed potatoes with butter and fresh Laguiole cheese–, his daughter-in-law Verónique attends to customers and his son , Michael, help in the kitchen. A whole family focused on product care and gastronomic service.

The chef uses few different ingredients in the dish, he uses native herbs harvested just a few hours before, and has created a clean, minimalist cuisine with extreme respect for the seasonality of the products and a strong attachment to his own roots. The Frenchman, who has become a benchmark and author of recipes and techniques that have been replicated throughout the world, will attend the meeting to receive an award for his professional career.

The chefs Diego Herrero and Albert Boronat put the French note and value the high mountains in the event. The second of them obtained a Michelin star in 2011 in a restaurant owned by the three-starred Jean André Charial de Baumanière in Montelimar. He seeks in the kitchen the reunion with the tastes of his childhood, which is why he is inspired by the two cuisines, French and Catalan, and unites tradition and evolution. As for Diego Herrero, chef at the Vidocq restaurant, Formigal, he is an expert in high-mountain gastronomy and bets on local products in a kitchen that proposes a journey through the senses.

The local representation could not be absent in an event that seeks to value Andorran gastronomy, its product and its environment. Carles Flinch, in charge of a family restaurant with a history of 40 years dedicated to gastronomy, offers traditional cuisine with avant-garde touches. Dolors Pal follows the same line of typical and local dishes, as do Miquel Canturri and Marcel Bessolí, at the helm of the kitchen in another of the benchmarks of cuisine in Andorra, Celler d'en Toni. Andorra Taste will welcome the best chefs in what aims to be one of the essential international stops in the gastronomic world.

1 A judicial setback endangers the distribution model... 2 The tragic life of Laskovyi May, the 'Soviet... 3 The President of the Government, Pedro Sánchez, when... 4 Biden will ask Sánchez today to double defense spending 5 Russia removes Polish flag from Katyn 6 Putin decides to intensify his international agenda 7 "We will not allow a coup in Ecuador by the mafias... 8 La Honda, a torture rack: falls and burns on feet... 9 Andrew Lloyd Webber, the King Midas of international... 10 Antonio Banderas, from a friend's sofa to Broadway 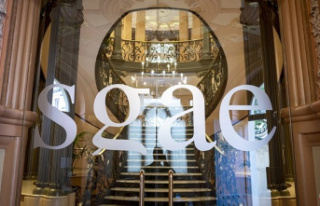