There is no peace for the General Society of Authors (SGAE). 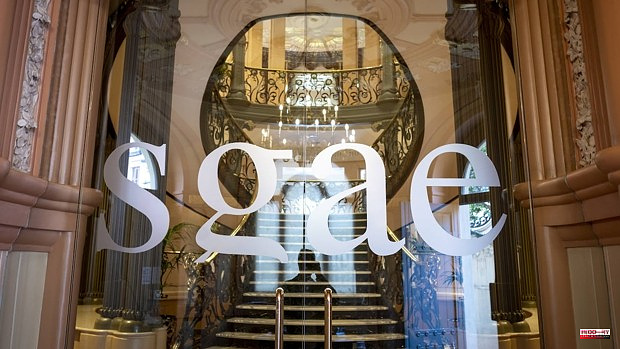 There is no peace for the General Society of Authors (SGAE). The main Spanish association dedicated to the collective management of copyright has suffered a new judicial setback that leaves all the decisions adopted by its General Assembly in the last year and a half up in the air. Among them, the new distribution model designed to put an end to the controversial 'Rueda' and which caused a new crack in the entity, with challenges and harsh criticism from media groups such as that of flamenco artists.

The Court of First Instance Number 21 of Madrid has declared null and void several points agreed upon at the Extraordinary General Assembly of the SGAE held on November 30, 2020.

One of them corresponds to point 1 of the agenda, consisting of the reform of the statutes. This modification affected article 38, which went on to allow the convening of assemblies exclusively by telematic means "only in cases of force majeure or duly justified exceptional situations".

The judge, in her sentence, considers that in the vote on point 1 of the agenda there was a "lack of clarity" and "prior information to the partners" so that they could "attend with a prior examination of the issues" included in the call and “vote accordingly”. The ruling also refers to the joint vote on several statutory amendments, some at the request of the Ministry of Culture and others at the initiative of the Board of Directors. According to the judge, they should have been voted "separately and not jointly", taking into account that they were "all different and disparate issues".

SGAE sources recall that the sentence "is the result of the action taken by a single member of the entity and is not final", and they plan to appeal it. This means that the ruling will not have immediate consequences until a higher instance is pronounced. "The update of the statutes was communicated and endorsed by the Ministry of Culture, which issued a favorable report," says the SGAE. "There is no legal obligation to present the update of the statutes separately."

Pending the appeal, what the court ruling calls into question are the decisions made by the assemblies held electronically since 2021. The most substantial of them is the one held on February 9, when a new system was voted cast to put an end to the controversial 'Rueda'. This call was already censored by the critical current for its non-attendance, understanding that the "causes of force majeure or of an exceptional nature" no longer occurred with the normalization of the pandemic.

The other reason why some members challenged the assembly has to do with the distribution of money: the SGAE management managed to approve a new system that links the payment for copyright to the audience and the advertising return of the programs in the that the works are broadcast, as a solution to the 'Wheel' that bled the entity dry due to the numerous irregularities that occurred.

The National Court, which has been investigating the case since 2017, estimated at 100 million euros the alleged fraud committed by a handful of partners who, in collusion with television, generated millionaire income for "poor quality" works broadcast in the night slot. The crisis opened by this practice was such that SGAE was expelled from CISAC –the international copyright confederation– and the Ministry of Culture threatened to withdraw the license.

This new system, on the other hand, reduces income from the use of the repertoires of groups such as flamenco, jazz or independent music to almost zero euros. There were several complaints and the courts have to rule. The SGAE has always defended that no author was going to stay at zero euros, although it did recognize that the rights generated by slots such as the early morning one, which was previously overrepresented, would be significantly reduced.

The sentence issued at the beginning of June admitted all the challenges of the plaintiff partner. Because in addition to declaring the nullity of the statutory modification, the judge considered that the appointment of several members of the Supervisory Commission was not made through the appropriate channels and the General Assembly was not made available, "for its examination and consideration, the declaration on conflicts of interest of the members of the Board of Directors of the SGAE elected in the elections held on 10-22-2022».

1 The tragic life of Laskovyi May, the 'Soviet... 2 The President of the Government, Pedro Sánchez, when... 3 Biden will ask Sánchez today to double defense spending 4 Russia removes Polish flag from Katyn 5 Putin decides to intensify his international agenda 6 "We will not allow a coup in Ecuador by the mafias... 7 La Honda, a torture rack: falls and burns on feet... 8 Andrew Lloyd Webber, the King Midas of international... 9 Antonio Banderas, from a friend's sofa to Broadway 10 At least 46 immigrants found dead in an abandoned... 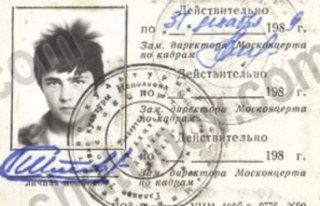 The tragic life of Laskovyi May, the 'Soviet...