Drama in the kitchens of the Candidates: Caruana's coach, upset with his player

Chess games are often won in the kitchen, the laboratory where ideas are prepared and the traps into which, if there is luck, the opponent later falls. 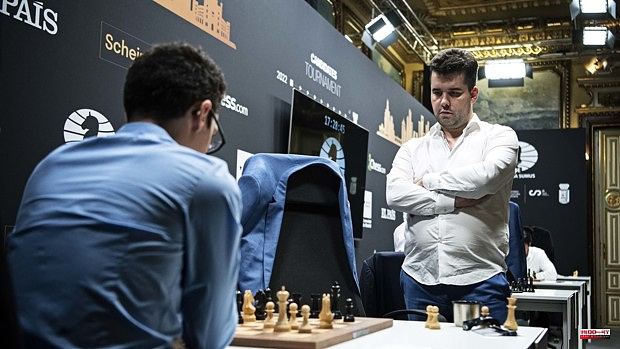 Chess games are often won in the kitchen, the laboratory where ideas are prepared and the traps into which, if there is luck, the opponent later falls. Therefore, a player is said to have placed a 'recipe' when he manages to surprise his opponent with one of those lines. Unfortunately for the great masters, so much preparation can be spoiled later on at the table. Chess is a team sport, but at the chessboard the grandmaster is alone.

Muscovite Vladimir Chuchelov, now a Belgian citizen and Fabiano Caruana's coach, did not hide his anger with the American when he did not finish executing the entire line they had analyzed together the day before.

It could have been a memory error by the American, but it could also have happened that he had doubts at the last moment. When push comes to shove, all the helpers and computers in the world are nothing. "I thought he won," Caruana confessed about the alternative he chose. He let one detail slip, however, and he ended up drawing the biggest game on day nine of the Candidates tournament. He trails a point behind Ian Nepomniachtchi with five games remaining.

Chuchelov was genuinely shaken by what had happened, and as Caruana passed random doping control (as did Nepo), he expressed his disgust at the missed opportunity. "In the world top you can not give such gifts," declared behind the scenes one of the most prestigious coaches in the world, who has also worked for stars such as Anish Giri, Vidit Gujrathi, former world champion Hou Yifan and even Teimour Radjabov, one of Caruana's rivals in Madrid. He looked like a father about to scold his son.

Calmer, Chuchelov added that "chess is a game where the error occurs and you have to accept it." Today, a rest day, they will prepare for tomorrow's game and, if they finish early, they may even go to the movies.

On the other side, fellow Russian Nikita Vitiukov admitted that he was "very nervous" during the game, especially at the critical moment, when he saw that Nepomniachtchi was out of his preparation. The player himself confessed: "I had to think for myself in an unpleasant position", after all what is expected of a grandmaster. He also recognized that if Caruana had hit the whole line, he would have suffered even more.

The other American, Hikaru Nakamura, who had done the 'dirty work' the previous day by beating his compatriot, lost almost all of his newly won chances when he was beaten by Azerbaijani Teimour Radjabov. This had been three years (two of them due to a pandemic) without winning a classic chess game, but he managed to make his debut in the locker.

In general, it was a very busy and stimulating day for the more 'depressed' grandmasters, who had not yet achieved any victory in the Candidates tournament. China's Ding Liren and France's Alireza Firouzja also won their respective games, against Poland's Jan-Krzysztof Duda and Hungary's Richard Rapport.

Despite what happened yesterday at the Palacio de Santoña, the tables between the Russian and the American did not completely liquidate the emotion. A single point is traceable in five rounds, especially if Nepo's luck runs out. In the event of a final tie between the leaders, rapid games would be held to decide the winner, a novelty that is incorporated in this tournament. The title in Madrid is still a race between two, although Nakamura and Ding Liren could still cause an upset. The rest need a miracle.

In any case, the laggards who aspire to something will have to risk in the coming days, since the important prize in the Candidates tournament is not the economic one. Only the winner matters, as he will become the next challenger to world champion Magnus Carlsen, who continues to watch the games from his throne with some superiority.

1 “In four days my life has completely changed” 2 False eyelashes: user manual to enhance the look 3 Andorra becomes the world capital of high mountain... 4 A judicial setback endangers the distribution model... 5 The tragic life of Laskovyi May, the 'Soviet... 6 The President of the Government, Pedro Sánchez, when... 7 Biden will ask Sánchez today to double defense spending 8 Russia removes Polish flag from Katyn 9 Putin decides to intensify his international agenda 10 "We will not allow a coup in Ecuador by the mafias... 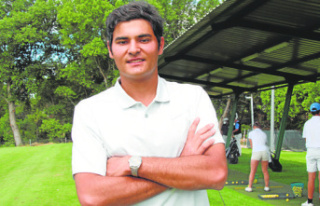