The President of the Government, Pedro Sánchez, when he was in the opposition: «How many more have to die?

How many more have to die?” Pedro Sánchez wrote on a social network when he was leader of the opposition. 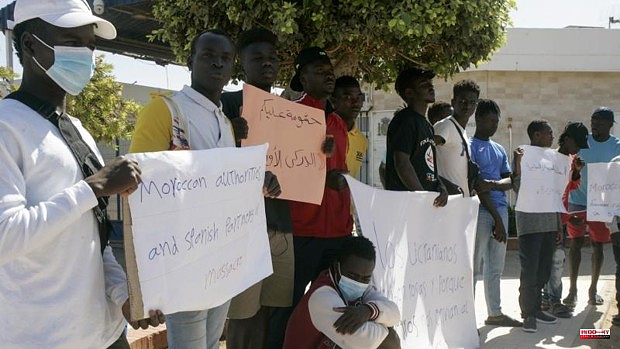 How many more have to die?” Pedro Sánchez wrote on a social network when he was leader of the opposition. Four years have passed since then and the now Chief Executive has changed his vision of illegal immigration; to brag in June 2018 about the arrival at the port of Valencia of the Aquarius shortly after entering the Moncloa Palace, to describe the action of the Moroccan police forces on the Melilla fence last Saturday as a "good response" that the The day before, it had cost the lives of 23 people, according to the Government of Rabat, 37 according to NGOs.

All of this, moreover, truffled by very harsh migratory crises, especially that of 2020 due to the massive arrival of canoes in the Canary Islands and, above all, the one caused in Ceuta in May of last year by the invasion of more than 10,000 people, which was not nothing other than the Moroccan response to the secret arrival in Spain of the leader of the Polisario Front, Brahim Gali, to be treated for Covid.

'Real politics?' Undoubtedly, there is a lot of that, because the messages received from Brussels have been constant in the sense that it was necessary to implement strict border control policies; among other things, because Spain is a transit country for the majority of irregular immigrants to the rest of Europe.

Sánchez's problem, and it was checked again on Saturday, has always been his inability to modulate a response. In the case of the Aquarius, for example, he said: “I have given instructions for Spain to welcome the Aquarius ship in the port of Valencia. It is our obligation to offer these 600 people a safe harbor. We comply with international commitments in the field of humanitarian crises.” And with the arrival of the boat, on June 17, 2018, he set up a first-rate media strategy to get as much political return as possible from that decision.

The experts in the fight against illegal immigration then warned the Government that this type of propaganda operation was counterproductive, because after the Aquarius other ships would come requesting the same treatment and because it would cause a pull effect that would be used by the mafias of immigration. Of course, they were not wrong. Only eight days after the arrival of the Aquarius the Open Arms requested permission for the same. The Executive's message had changed: "We cannot be the maritime rescue organization for all of Europe," said Minister Ábalos.

The requests for ships continued, including another from the Aquarius, but the response was no longer the same; moreover, her arrival was rejected and the ship ended up docking in Malta. Of course, 60 of the immigrants were accepted by Spain. "The first Aquarius was a call to Europe to tell it that this was a European matter, and the second meant, 'de facto', the distribution of migrants," Sánchez justified himself then, who in parallel activated a 1992 agreement with Morocco to return 116 people who hours before had jumped the Melilla fence... In 2018 there was also a historic upturn of more than 64,000 irregular entries.

But as things are always liable to get worse, in November 2020 the Canary Islands experienced a new and very harsh crisis of the cayucos. with 23,000 immigrants arriving from Africa and 600 dead on voyages that ended in shipwreck. The images of the Arguineguín dock full of people, with serious hygiene problems and with the reception services exceeded, went around the world and brought to the fore, once again, the use of immigration as a weapon of political pressure by from Morocco.

It is true that in the Executive there have been different "souls" in this matter; in fact, in many, but in this one especially. The Minister of the Interior, Fernando Grande-Marlaska, soon learned of the mistake of the Aquarius and was always in favor of a rigorous policy. Immigration has been central to his agenda and he has visited all the African countries concerned, especially Morocco, because he knows that without his help it is not possible to have results. But many times his efforts were torpedoed from within.

For example, in the midst of the cayuco crisis, when the government asked Rabat for help, Pablo Iglesias advocated on a social network for a self-determination referendum in the Sahara. The timing couldn't be more inopportune. In the same way, while Marlaska defended the legality of hot returns – he preferred to call them “border rejections”, accepted by the Constitutional Court and the Strasbourg Court – the then Secretary of State for Agenda 2030, Ione Belarra, asked to end with "the practice of opening the gate of the fence and driving out." Sánchez, meanwhile, was silent.

But the key moment of the legislature occurred in the month of May 2021. Against the criteria of Marlaska and Margarita Robles, who at least for once agreed, Sánchez authorized the 'clandestine' entry into Spain of the leader of the Polisario Front , Brahim Gali, the staunch enemy of Morocco. Rabat's reaction was, in addition to withdrawing the ambassador, throwing thousands of citizens against the Ceuta fence who were able to enter the city without any opposition.

Sánchez's failed strategy, yet another, was revealed and only the help of the European Union made it possible to solve a crisis in which the Army had to be deployed. They were 72 critical hours, with Marlaska as the only interlocutor with the Government of Morocco, more because of personal ties created before than for anything else.

The ultimate consequences of all this were seen in March, with the surprising change in position of the position historically maintained by Spain regarding the Sahara, which Sánchez did not even communicate to his government partners. That of last Friday was the first great avalanche after this change and the Rabat authorities used it with an atrocious forcefulness that caused dozens of deaths. But it seems to Sánchez that he gave a "good answer."

1 Biden will ask Sánchez today to double defense spending 2 Russia removes Polish flag from Katyn 3 Putin decides to intensify his international agenda 4 "We will not allow a coup in Ecuador by the mafias... 5 La Honda, a torture rack: falls and burns on feet... 6 Andrew Lloyd Webber, the King Midas of international... 7 Antonio Banderas, from a friend's sofa to Broadway 8 At least 46 immigrants found dead in an abandoned... 9 The Board promotes the sale of 247,000 square meters... 10 The Copernicus service reduces the calcined hectares... 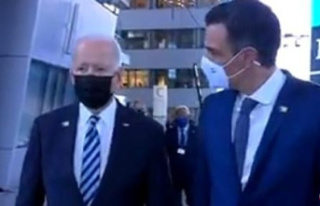