On the night of Friday, June 28, a fire started in the Toledo town of Almorox which, in a few hours, had crossed the borders and penetrated the Community of Madrid. 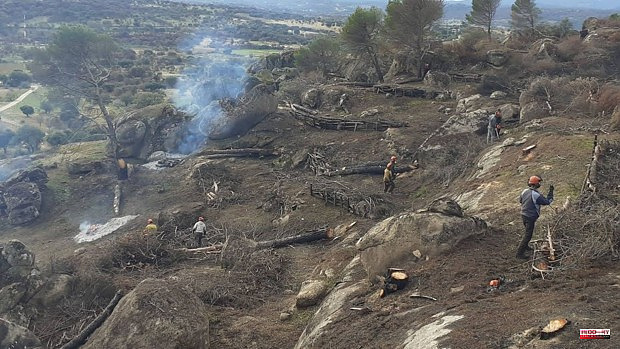 On the night of Friday, June 28, a fire started in the Toledo town of Almorox which, in a few hours, had crossed the borders and penetrated the Community of Madrid. The fire took eleven days to control, and burned more than 800 hectares in the province of Toledo and 2,300 in the Community of Madrid, where it mainly affected the municipalities of Ceniientos, Cadalso de los Vidrios and Las Rozas de Puerto Real. Since then, the Madrid Government has carried out a hundred actions in public and private forests, and has invested 3 million euros in the recovery of 700 hectares of forest land.

After quelling the flames, a bleak panorama lay ahead.

Those responsible for the Ministry of the Environment, in collaboration with the hunter and farmer societies, installed drinking fountains and feeders so that the fauna of the affected mountains could cover their most basic needs. Incidentally, it was a way to prevent wild boar and deer from affecting the vineyards in the area as they lacked food in the mountains where they live. In total, a few days after the fire, 19,250 kilos of cereals (4,500 oats, 4,400 alfalfa, 2,350 corn, 4,000 wheat and 4,000 mineral salt) and 8,450 liters of water were distributed at more than 40 points of supply.

"A good part of the burned land has been recovering naturally, which according to environmental technicians is the most favorable," explains the Minister of the Environment, Paloma Martín.

In the affected area, the trees have been eliminated and burned trees and branches have been felled. Roads and fountains have also been repaired, and "small barriers have been installed to prevent erosion from eliminating the soil cover necessary for regeneration with the rains," says the general director of Biodiversity and Natural Resources, Luis del Olmo.

Likewise, the affected trees affected by the fire were removed. In this way, it has been possible to take advantage of more than 21,593 tons of burned wood, reusing it or crushing it and using it as energy, converted into biomass. "And in addition to attending to all the individuals who have wanted to agree through the declaration of the urgent action area -up to 70 agreements have been signed-, we have acted on all of the two public forests affected by the fire," he says. Louis del Olmo.

The Cadalso fire affected areas protected by the Natura 2000 Network, such as the Alberche and Cofio River Basin Special Conservation Area and the Special Protection Area for birds in the Alberche River and Cofio River Encinares. "The recovery of the Ceniientos dam has been very useful for us as an essential water point," says Luis del Olmo. The works are now directed to "the areas with the greatest slope and the most wooded". As of October, the repopulation of the two public mountains will begin, tendered for 400,000 euros.

The intervention of the imperial eagle monitoring operation carried out by the experts of the General Directorate of Biodiversity made it possible to save the nesting of a pair in Mount Cenihundes. And measures were also adopted on amphibians and reptiles in fountains, springs and non-permanent wetlands in the areas surrounding the fire.

1 Drama in the kitchens of the Candidates: Caruana's... 2 “In four days my life has completely changed” 3 False eyelashes: user manual to enhance the look 4 Andorra becomes the world capital of high mountain... 5 A judicial setback endangers the distribution model... 6 The tragic life of Laskovyi May, the 'Soviet... 7 The President of the Government, Pedro Sánchez, when... 8 Biden will ask Sánchez today to double defense spending 9 Russia removes Polish flag from Katyn 10 Putin decides to intensify his international agenda 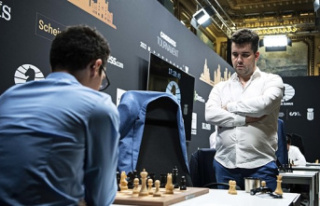