German Finance Minister Christian Lindner does not like the Spanish option of an "energy island" and warns against its counterproductive effects. 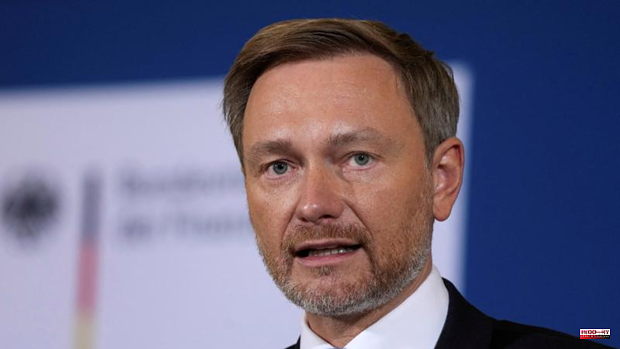 German Finance Minister Christian Lindner does not like the Spanish option of an "energy island" and warns against its counterproductive effects. "It could have negative effects on the energy transition," he questions in an interview published by the German newspaper Handelsbaltt. “The current situation is an incentive for wind and solar energy producers to invest in renewable energies”, he justifies, “when it comes to direct interventions in the market, I am cautious. The best approach is to help low-income households and avoid financial damage to businesses that face international competition and suffer from high energy prices."

Lindner, for the rest, has some other ideas on how to continue to tighten the screws on Putin without going into the thorny issue of the embargo on Russian gas imports and one of them contemplates nothing less than seizing the funds abroad of the National Bank of Russia.

“I am politically open to the idea of ​​seizing foreign assets of the Russian Central Bank,” he declared in an interview with the German salmon newspaper Handelsblatt, and he will let his colleagues and governors of the central banks of the seven main industrial nations know that they are will meet in Bonn and Königswinter from Wednesday to Friday, under the German presidency of the G7. In addition to Germany, the group also includes the US, Great Britain, France, Italy, Japan and Canada. "We are already having this discussion in the G7 and the EU and there are proposals on the table," he insists.

Lindner considers the need to be "very careful and respect the rule of law, even when dealing with Russian oligarchs", but is convinced that there is legal room, even to block the assets of the national bank. "We stand shoulder to shoulder with Ukraine and are ready to decide on new sanctions. Our intention is to isolate Russia politically, financially and economically. At the same time, we are witnessing serious economic consequences, especially for low-income countries, due to rising interest rates and rising world prices for agricultural products. We will have to work together on how we can stabilize the global economy. But one thing is clear: Russia's war against Ukraine is responsible for the economic consequences, not for the sanctions," explains the German minister.

Lindner is going through a moment of political weakness. The regional elections in North Rhine-Westphalia, the most populous of the Bundesländer and considered to be extrapolated to the whole of Germany, have been a harsh punishment for his party, while the conservatives of the CDU and even the Greens have obtained very positive results. His position in the "Berlin traffic light coalition" is weakening at times and Lindner intends to recover his profile by showing a strong hand against the peripheral European states, to which he warns in this same interview that he will not support a reform that weakens the criteria of Maastricht. "Fiscal rules should be more realistic and effective," he says, the goal being for all economies to grow and have sustainable public finances. I propose to combine a more credible long-term path to debt reduction with flexible medium-term targets.

Regarding his resistance to embargoing European imports of Russian gas, Lindner recalls that “our goal is to become completely independent of Russian energy imports. I have to admit that Germany's energy strategy and dependence on Russia was a serious mistake in previous governments. Now we have to work very hard to diversify our energy imports. It is already possible to fuel our economy with coal from other sources and we are ready to abandon Russian oil. But with natural gas it will take longer... We must avoid a situation where we harm ourselves more than Putin's war chest. The economic strength of the EU and the G7 group of liberal democracies is our advantage in this conflict. An immediate interruption of gas supplies from Russia would severely damage the German economy. Of course, there is no price to support Ukraine, a country that defends our values ​​against an authoritarian regime. But I also don't want to risk a major economic downturn that could limit our ability to support Ukraine economically and militarily."

Lindner warns that Europe is headed for stagflation. There is a lot of uncertainty, that's for sure. It is clear that we must face the risk of stagflation. “We need to strengthen growth, we need less bureaucracy and more competitiveness. We must reduce the pressure on prices. We need to diversify energy imports and the private sector needs to be activated to invest in renewable energy," she notes, "but on the other hand, we need a return to sound public finances. Debt levels and deficits affect price stability and the ability of the European Central Bank to manage inflationary scenarios.

1 Public debt rises again in March and rebounds to the... 2 Neinor Homes launches a €25 million share buyback... 3 The RFEF denies having hired detectives to spy on... 4 It's not just cognac and pineau: Charentais wines... 5 Sánchez sees a priority to end violence based on... 6 Picardo assures that the EU and the United Kingdom... 7 Masymas offers 250 jobs to reinforce the workforce... 8 Elon Musk announces that the takeover of Twitter cannot... 9 Road closures and punctual collapses in Barcelona... 10 Aptur CV ensures that administrative obstacles encourage... 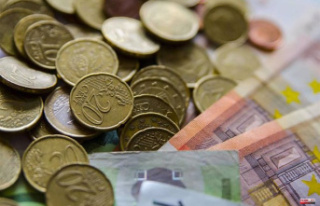 Public debt rises again in March and rebounds to the...