The first day of the educational strike this May, with a partial strike called from 8:00 a. 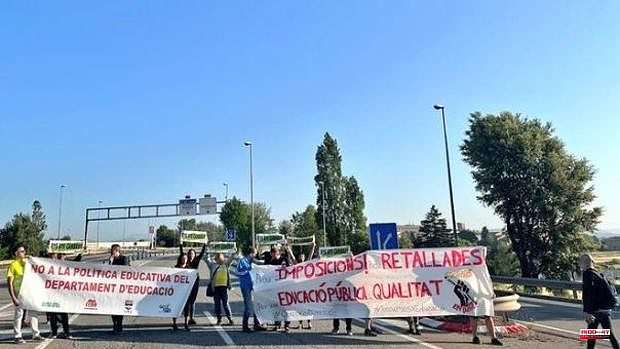 The first day of the educational strike this May, with a partial strike called from 8:00 a.m. to 10:00 a.m., began this Tuesday with roadblocks, some streets in Barcelona and the Rondas that surround the Catalan capital.

In several tweets from the convening educational unions, collected by Ep, cuts are observed in the Ronda Litoral at the height of the Ciutadella and in the Gran Via de les Corts Catalanes in La Campana. Outside of Barcelona, ​​traffic on the C-55 in Manresa (Barcelona), the T-11 in Tarragona or the access to the C-60 in Mataró (Barcelona) has come to a standstill.

The day of the strike has been called by the educational unions Ustec · Stes, CC.OO., Intersindical-CSC, Aspepc · Sps, UGT, CGT and Usoc.

In addition to this Tuesday, the centrals have set partial strikes on June 2, with mobilizations in several cities; and an all-day strike on May 25 and June 9 with centralized demonstrations in Barcelona. The unions protest against the educational policy of the Generalitat and demand that the counselor Josep González-Cambray withdraw the new curriculum for the compulsory education stage and defend linguistic immersion in Catalan centers in the face of the threat of the Superior Court of Justice ruling of Catalonia (TSJC), which requires it to teach 25 percent of Spanish in all educational centers.

1 Aptur CV ensures that administrative obstacles encourage... 2 The Russian army retreats again 3 “He doesn’t give a damn about the institution”:... 4 The Kremlin sees the situation in Russia as a "perfect... 5 The PQ stripped of its heroes 6 Clash of generations 7 We are paying the price for 25 years of apathy 8 A delusion of persecution 9 Prof, a dangerous job 10 There's nothing Canadian about this monarchy 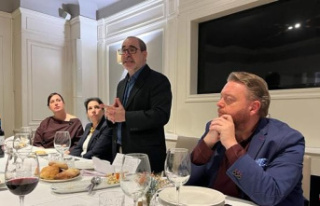