The RFEF denies having hired detectives to spy on Aganzo 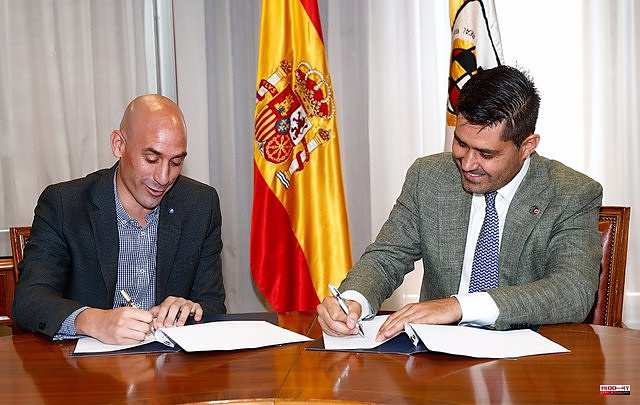 The Royal Spanish Football Federation (RFEF) has denied that it has hired the services of a detective agency to spy on the president of the Association of Spanish Footballers (AFE), David Aganzo, and has explained that members of the Board of Directors of AFE and other affiliates contacted the president of the RFEF, Luis Rubiales, to ask for help in the face of the "disturbing situation" of the union after the accusation of alleged bribery of its president.

"The RFEF wants to categorically deny that the president or the RFEF itself have commissioned any type of service from any detective agency, much less has developed these follow-up actions or, of course, has been aware of the report to which the information alludes. The media once again constructs an intentionally false story linking the president to facts with which he has nothing to do," he declared in a statement.

As published on Tuesday by El Confidencial, the president of the RFEF, Luis Rubiales, allegedly hired the services of a private detective agency to spy on Aganzo, an investigation that would begin in August 2019 and would last four days. According to the media, it would supposedly be a maneuver by the RFEF's chief executive to provoke Aganzo's departure through a motion of censure from the affiliates.

The RFEF also recalled that Rubiales, president of AFE between 2010 and 2017 and a member "for more than two decades", "has been, is and will be an active member of AFE", and that for this reason "he discussed the worrying situation of the union with other footballers and ex-footballers". "David Aganzo's behavior ended up confirming the existing concern among a large group of affiliates with the accusation of the current president for bribing a public official with the aim of illegally obtaining confidential documentation from the Futbolistas On union, an issue that is in the hands of justice," he explained.

"When he learned of the possible bribery denounced by former AFE employee Antonio Saiz and fired for doing so, he collaborated with those who were also outraged by this possible practice. Members of the AFE Board and other prominent militants contacted Rubiales, who offered to help and collaborate in the search for the truth to emerge in order to promote a change of course and direction in the organization, always within the framework of its union affiliation and protected by law and never with acts such as those that El Confidencial today intends to attribute to the president of the RFEF", he continued.

In addition, the federal body denounced the "new chapter of disinformation to public opinion" carried out by the media "through a new distortion of reality through the construction of another story that has nothing to do with reality." "It shows once again that its only objective is to continue feeding on stolen and reported information to expand its campaign of personal harassment against the president of the RFEF and his team," he said, stressing that the only purpose of "false news" is to "damage to Rubiales.

This information comes only one day after El Confidencial published that Rubiales did not travel to New York to hold working meetings with representatives of the United Nations and Major League Soccer (MLS), the United States soccer league, as scheduled, but, according to this medium, he spent that week sightseeing with a person with whom he had a romantic relationship.

1 It's not just cognac and pineau: Charentais wines... 2 Sánchez sees a priority to end violence based on... 3 Picardo assures that the EU and the United Kingdom... 4 Masymas offers 250 jobs to reinforce the workforce... 5 Elon Musk announces that the takeover of Twitter cannot... 6 Road closures and punctual collapses in Barcelona... 7 Aptur CV ensures that administrative obstacles encourage... 8 The Russian army retreats again 9 “He doesn’t give a damn about the institution”:... 10 The Kremlin sees the situation in Russia as a "perfect... 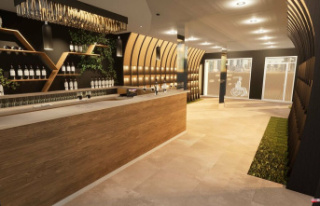 It's not just cognac and pineau: Charentais wines...