Galician nationalists have taken advantage of the imminent commemoration of the 86th anniversary of the approval of the Galician Statute of Autonomy of 1936 to once again put on the table the need to reform the 1981 Statute, which is currently in force. 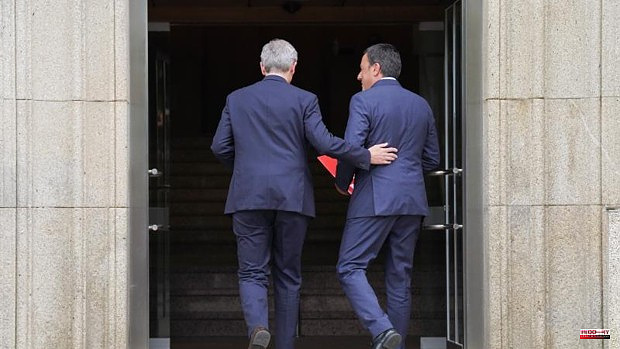 Galician nationalists have taken advantage of the imminent commemoration of the 86th anniversary of the approval of the Galician Statute of Autonomy of 1936 to once again put on the table the need to reform the 1981 Statute, which is currently in force. An old debate that from time to time the opposition pulls out of the drawer —the BNG, but also the PSdeG with more or less effusiveness—. And they have met again with the skepticism, not the refusal, of the popular Galicians, a group with an absolute majority in Parliament.

The national spokeswoman for the BNG, Ana Pontón, chose the doors of the Faculty of Medicine of Santiago, an emblematic building where the final document was approved and submitted to a plebiscite in June 1936 –which the military coup would abort a month later–, to announce that the Block will record the activation of the process included in the Statute for its reform.

The nationalists intend to provide Galicia with a new framework that recognizes it as a nation and gives it "more political and economic power" and "break with centralism" and "dependence" on the State. “We are not afraid of having more political power, because when they decide from Madrid, many times they decide against us,” the nationalist spokeswoman stressed. "The key to the future is to have capacity in matters such as financing, taxation, energy or costs," she added.

The Socialists, for their part, also want to adapt the Statute "to the Galicia of the 21st century", as its Secretary General, Valentín González Formoso, explained to the media. The leader of the PSdeG also chose a symbolic place to position himself: the Compostela church of Santo Domingo de Bonaval, in front of the Castelao pantheon, one of the intellectual promoters of that first Statute. There, according to Europa Press, Formoso demanded the opening of a dialogue table to reformulate the Statute. They want the rule to give Galicia the ability to issue decrees for situations that require urgent measures, as has happened, for example, during the pandemic. "Galicia cannot respond with flexibility and agility to this complex scenario because it did not have the capacity to reform its Statute," argued the leader of the PSdeG. For this reason, he summoned PP and BNG to sit down to tackle the remodeling of the statutory framework.

And it is that, having at least a fifth of the parliamentary representation, the BNG, with 19 deputies, can promote the reform process, but not approve the new regulatory framework. This requires the vote in favor of two thirds of the Chamber, in addition to passing through the Cortes before submitting the rule to a referendum. And for this reason, the support of the PP is an indispensable condition for any maneuver in this sense. This Monday, at the insistence of the opposition, the popular response has been the usual one on other occasions on this same matter. The Galician PP is not closed to a "reflection" on its possible reform, but it has serious doubts that the three parties of the autonomous parliamentary arch can reach "a consensus" for it.

The popular Galicians, through the mouth of their deputy spokesman, Alberto Pazos Couñago, recalled that during the bipartisan government of the Xunta there had already been "a failed attempt" at reform "due to discrepancies" between the PSdeG and the BNG. To date, they have not received any concrete proposal. In any case, for the PP, Galicia has "much more pressing" problems than the reform of its Statute.

1 New SER zones come into force in Madrid: these are... 2 The PP calls on Puig to put an end to his "water... 3 Airef estimates that extending the anti-crisis package... 4 Caruana against Nepo, the United States against Russia:... 5 The Diputación asks for a Faculty of Medicine for... 6 «Alejandro was always a child, in his ID he continues... 7 The new Gran Montecelo Hospital in Pontevedra will... 8 The new Minister of Education of Ximo Puig promises... 9 In July, the bill in favor of the victims of terrorism... 10 A judge cites the head of Puigdemont's office... 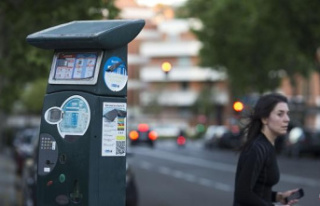 New SER zones come into force in Madrid: these are...