The Minister of Education, Raquel Tamarit, has promised before the teachers' unions to increase the quota of Valencian as the vehicular language to the maximum allowed by law, against which appeals have been filed by families of students in court. 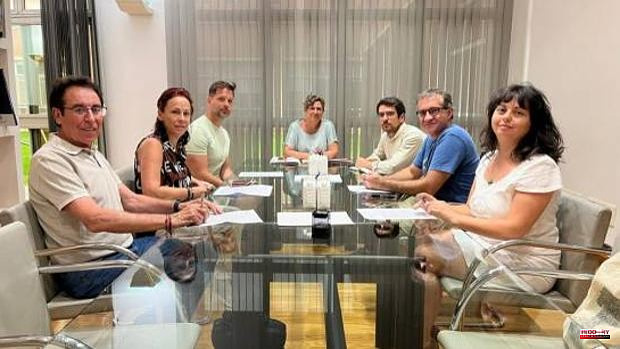 The Minister of Education, Raquel Tamarit, has promised before the teachers' unions to increase the quota of Valencian as the vehicular language to the maximum allowed by law, against which appeals have been filed by families of students in court.

This objective can guarantee only 25% of the teaching time in Spanish, according to the controversial Plurilingualism Law, which provokes rejection especially in non-Valencian-speaking areas, such as Vega Baja in the province of Alicante.

In a meeting in which the STEPV and ANPE centrals have transferred their claims to him this Monday after taking over from Vicent Marzà as the new head of the department, Tamarit has been "sensitive" to most of his measures and has explained that Education works to reduce "to the maximum" the bureaucracy in the centers so that the teaching staff dedicates their time to teaching, according to those who attended the meeting.

Regarding Secondary curricula, according to STEPV, the Minister has reaffirmed the commitment to change the methodology that involves working by areas and interdisciplinary projects, something that this union rejects because it considers that "it cannot be imposed by decree ».

They have also addressed the need to provide more administrative staff to the Ministry and its territorial directorates to attend "as appropriate" the efforts of the teaching staff, an aspect that does not depend on Education, but on the Treasury. STEPV hopes that Tamarit will study its proposals and accept the need to reach agreements after "so many complicated years".

This union has proposed a pact to reduce ratios and bureaucracy, increase the workforce and increase the presence of Valencian as a vehicular language, while ANPE has urged it to request the Ministry the necessary moratoriums so that teachers can adapt their programs to the requirements of the LOMLOE with sufficient time.

In the concerted private sector, this union has launched six proposals to the minister that it has been demanding for years: updating and equalizing the teaching staff, dejudicialization of the 25-year pay (seniority pay), a shock plan to solve non-payments in the payrolls and update three-year periods, unfreezing of the remuneration supplement for administration and service personnel (PAS), remuneration homologation of the teaching staff with the public (six-year terms) and activation of the job vacancies link on the Conselleria website.

For its part, ANPE has shown the minister the concern of teachers about the "uncertainty" in the application of the new educational law and the lack of resources for its implementation, for which it has asked that it initiate the necessary conversations with the Ministry in order to request the necessary moratoriums so that teachers can adapt their programs to the new requirements of the LOMLOE with sufficient time.

In its first contact, this union has taken the opportunity to transmit to Tamarit the main concerns that exist among the teaching staff of the bodies and of all types of centers. It has prioritized the need to put an end to "all the cuts", since it is urgent to review the templates that have not been adapted to the realities of the centers for years, as well as an effective reduction in ratios, put an end to excessive bureaucratic work and modernize the infrastructures of the centers equipping them technologically and providing them with administrative and school nursing staff.

For ANPE, it is also urgent to improve teachers' salaries, which is why it has demanded the recovery of the loss of purchasing power accumulated since 2010, which has worsened during this last year and means that "the salaries of teachers in the Valencian Community are below the national average. He has recalled in this regard that several autonomies have signed agreements to raise teachers' salaries, the last Andalusia.

This imbalance, in his opinion, is evident in the regulation of permits and licenses in the Community, with "a comparative grievance with respect to other communities that enjoy 'moscosos' days, partially paid permits (sabbatical year) or reduced working hours to those over 55 years of age. The last improvement agreement for teachers in this sense has been closed this year in Extremadura.

In addition, ANPE has conveyed to the minister the need to start up the 'competition' to allow a reconciliation of family and work life, a measure that has also been enjoyed in other autonomous communities such as Castilla-La Mancha since 2006.

And he has shown his rejection of both the "imposition" of the fields in a compulsory way in the first year of ESO and the order of the continuous day, "the most unfair and undemocratic in all of Spain." As a sign of the "discontent of the entire educational community" with this order, the union has given Tamarit numerous signatures, both from the centers that were unable to implement it for the next course and from members of the educational community who are against.

1 In July, the bill in favor of the victims of terrorism... 2 A judge cites the head of Puigdemont's office... 3 The PSOE expels five of its eight representatives... 4 Rudy Giuliani, Trump's lawyer, is attacked in... 5 At least ten dead and more than 250 injured by a toxic... 6 Tiptoeing through the NATO Summit: The black olive,... 7 High mountain chefs meet in Andorra 8 Òmnium's lawsuit admitted for espionage with... 9 The Plaza Mayor, another 'NATO zone': the... 10 Cristóbal Bargueño de la Plaza, first permanent... 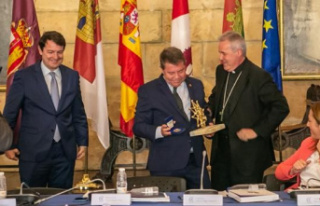 In July, the bill in favor of the victims of terrorism...