The general secretary of the PP of the province of Alicante and deputy of the Water Cycle, Ana Serna, has demanded this Monday the president of the Generalitat, Ximo Puig, and the Minister of Agriculture, Mireia Mollá, that "they park their water alicantephobia and defend the water for the irrigators of the Vinalopó". 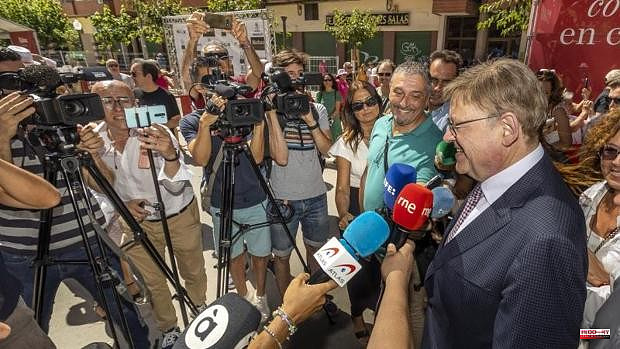 The general secretary of the PP of the province of Alicante and deputy of the Water Cycle, Ana Serna, has demanded this Monday the president of the Generalitat, Ximo Puig, and the Minister of Agriculture, Mireia Mollá, that "they park their water alicantephobia and defend the water for the irrigators of the Vinalopó".

Serna has lamented in a statement, both regional leaders have that feeling contrary to the arrival of water to the Alicante countryside, which "once again has become clear." "Don't let us be deceived with the water from the aquifers, because we are facing a drama in the action plans, since contrary to what the water law indicates, there is no exploitation plan that links the extractions with the alternative resources of the Jucar", he said.

In this sense, he explained that on June 25 the Governing Board of the Júcar Hydrographic Confederation was held and, "to the surprise of all Alicante residents", the Generalitat itself "votes in favor of the plans and the closure of the aquifers without first guaranteeing that this water will be replaced by water from the Júcar". They don't fight for the irrigators, they don't sell us that they defend the water", Serna pointed out.

He also added that the Government "cannot close the Vinalopó aquifers without having a water alternative for irrigators", and criticized the "disastrous management" that is being done with water throughout the province of Alicante.

"The irrigators need the closure of the aquifers to be linked to the delivery of water. They cannot simply close. We are facing a new water damage to the province of Alicante with the support of the Generalitat Valenciana, which said yes to the closure of these aquifers without even having an alternative," he maintained.

Finally, he added that Puig and Mollá "sink and dry up the province of Alicante". "We don't even have a councilor from Alicante who has fought for water for her land. The phobia of everything that comes from Alicante is a constant in the management of this Council", he has settled.

1 Airef estimates that extending the anti-crisis package... 2 Caruana against Nepo, the United States against Russia:... 3 The Diputación asks for a Faculty of Medicine for... 4 «Alejandro was always a child, in his ID he continues... 5 The new Gran Montecelo Hospital in Pontevedra will... 6 The new Minister of Education of Ximo Puig promises... 7 In July, the bill in favor of the victims of terrorism... 8 A judge cites the head of Puigdemont's office... 9 The PSOE expels five of its eight representatives... 10 Rudy Giuliani, Trump's lawyer, is attacked in... 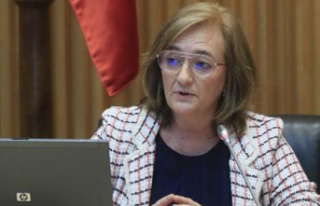