«Alejandro was always a child, in his ID he continues with the female gender»

Alejandro has always felt like a child, although in the Civil Registry and on his DNI it appears as female. 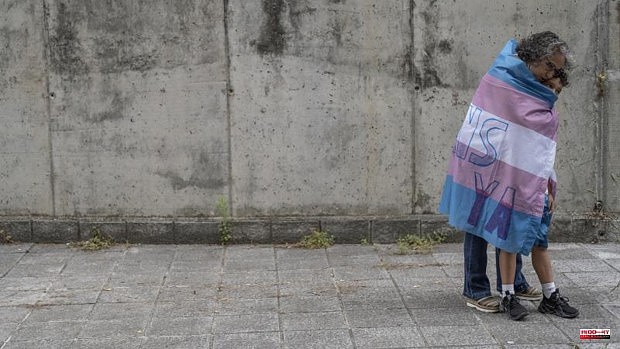 Alejandro has always felt like a child, although in the Civil Registry and on his DNI it appears as female. "You are beautiful!"; "are you a boy or a girl?". "Mom, not pretty, handsome," he always replied. When he was 5 years old, his parents decided to change his name on his ID. Only his name, but Alejandro is now going to see the male sex included in his documentation by decision of a judge, who has authorized the registration change.

"It is a great victory and an immense joy, it represents an enormous advance for children and for all the groups that are fighting for minors to be recognized," explained yesterday his mother, María José Rodríguez, upon learning of the decision.

The order fully coincided with the approval in the Council of Ministers of the second round of the 'Trans law' that recognizes free gender self-determination from the age of 16 without the need for medical or psychological reports.

Now, a judge from the Civil Registry of Orense goes further - aware of the controversy of his decision - and lowers the age for the change of registration to Alejandro, who will be 9 years old in August, after assessing his "high degree of maturity" and his "stable situation of transsexuality".

For the boy's family, the decision represents a great "advance" and hopes that it can benefit others who are in the same situation. The mother insisted yesterday that being trans "is not a pathology, as it has sometimes been said, but a question of identity."

His legal battle began when the boy was 5 years old, after verifying that "from a very young age he always manifested himself as a boy and spoke in the first person in masculine", despite the fact that on his ID he appeared and continues to do so until today as a girl.

After seeing these manifestations of their son's identity, the family decided to contact the Euforia Familias Trans-Aliadas association, with which they began the "social transition process." They changed his name, once the minor told them that he "wanted to be recognized outside the home." From then on, Alejandro wore a male uniform at school and at the age of 5 they decided to change the name given to him at birth.

After this first step, the parents requested the registration change, which was denied last year. “Without even talking to the child, they alleged a lack of maturity,” laments María José. After appealing the order, now Judge Darío Carpio Estévez Pérez has admitted this request, understanding that the minor meets the requirements set to be able to freely choose his gender identity based on what the Supreme and Constitutional Courts dictate.

In his order, Judge Estévez highlights that the child "has a very high degree of maturity and is certainly surprising despite his young age" and also takes into account his "stable situation" after the minor expressed that "he always wanted to be a male".

The rule for this type of case, which will now be sent to the Congress of Deputies for debate, establishes that from 12 to 14 years of age, minors who want to change their sex will require the relevant judicial authorization. The law considers that minors cannot be denied their right to gender identity or the free development of their personality, but it does set age ranges.

"You are relieved to see that Alejandro is not the only case," summarizes his mother in conversation with this newspaper. María José trusts that she "is worth something" and marks "a before and after" after assuring that society "is always one, two or three steps ahead of what the laws mark."

This mother defends that minors have "the power to decide on their lives without anyone deciding for them and without the need to present reports from a psychiatry or pathology team, because it is not a mental illness." With this step, she hopes to pave the way for other trans children.

«From the moment we decided to take this step and show society who he was, Alejandro began to be Alejandro, he has not had any problems at school or with his family. It is true that there are people who ask, but more out of ignorance and ignorance, "explained the mother.

1 The new Gran Montecelo Hospital in Pontevedra will... 2 The new Minister of Education of Ximo Puig promises... 3 In July, the bill in favor of the victims of terrorism... 4 A judge cites the head of Puigdemont's office... 5 The PSOE expels five of its eight representatives... 6 Rudy Giuliani, Trump's lawyer, is attacked in... 7 At least ten dead and more than 250 injured by a toxic... 8 Tiptoeing through the NATO Summit: The black olive,... 9 High mountain chefs meet in Andorra 10 Òmnium's lawsuit admitted for espionage with... 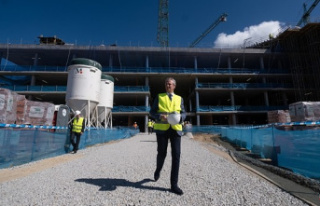 The new Gran Montecelo Hospital in Pontevedra will...