The educational startups of Europe apply with Spanish

The educational technology sector, known as 'edtech', is experiencing a boiling moment. 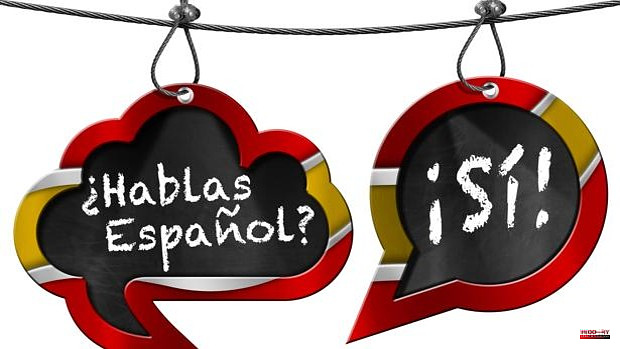 The educational technology sector, known as 'edtech', is experiencing a boiling moment. The arrival of Covid caused a change in mentality and uncovered the full potential of a hitherto incipient industry. In 2020, the emergence of the sector was experienced, with a global investment that shot up to 16,000 million dollars, more than double that of the previous year (7,000 million), according to data collected by the educational intelligence company Holon IQ. The upward trend was consolidated last year, reaching 20,000 million and with financing rounds and rising valuations in all segments: preschool, compulsory education, higher education, lifelong learning, and business training.

Spain is not an exception in this fever.

In recent years, numerous startups in the edtech field have emerged and grown. Some such as Lingokids, Odilo and Innovamat are already consolidated as global benchmarks. Our country has a very attractive competitive factor: the Spanish language, a gateway to the gigantic Latin American market. This has made Spain the focus of European startups to build their international expansion processes. «Spanish is a great asset, everyone knows it. There are more native speakers of Spanish than of English and it seems that we are realizing that this has an impact on the economy," says José Miguel Herrero, founder of Big Sur Ventures, a venture capital fund.

The Austrian startup GoStudent is the first and so far the only European unicorn in the edtech sector. Founded in 2016, it has just celebrated its first anniversary in Spain where it teaches 200,000 sessions per month. «After the beginnings in Austria, Germany and Switzerland, we bet on France and Spain. At a strategic level, the Spanish market is essential. We crossed the Atlantic and opened the main Latin American markets such as Chile, Mexico, Colombia and Brazil. We are also in the US and Canada”, explains Juan Manuel Rodríguez Jurado, country manager of GoStudent in Spain.

It is a platform for private classes and «Spain is the country with the highest demand. 48% of families acknowledge having used this type of class and in 70% of cases, several times a week. Rodríguez recalls that the education of our children is a priority and “it is where parents ultimately save the least, even in times of crisis. We have a vision of the future of education », she points out. The objective is now to strengthen the business in Spain and continue building the largest network of tutors and students in the country. But they also want to establish themselves in other European and Latin American markets and even enter regions such as the Middle East or Asia-Pacific.

The startup has reached a valuation of 3,000 million euros after raising 300 million in a financing round last January. In addition to its organic growth, it also has a M strategy

The majority of GoStudent students are between the ages of 13 and 17. Private math classes are the most requested in Spain, as in the rest of the world.

Another example of the European 'edtech' landing in Spain is the Videocation platform. He was born in Norway at the end of 2019 and in less than two years he had already landed in Spain. In fact, our country is your first stop in your internationalization plan. Why this strategy? On the one hand, "it allows you to cover, in addition to the Spanish market, Latin America", and on the other, "the founders and some workers already knew the market because they came from Schibsted, a Norwegian company that bought Infojobs", says Jaume Gurt, country manager of Videocation. In other words, the fact of being an important market in the strategy, large and with a lot of potential, was joined by the links and contacts previously established in Spain that facilitated the start-up.

The project arose from a conversation between different people: an expert in learning, another in the Internet and a third in audiovisual production. When analyzing the needs of the world, the idea arose of building a platform that offers companies and their employees the possibility of implementing a high-quality continuous training plan through national experts of recognized prestige in different areas of knowledge. It works with a subscription model.

In Norway they have already validated their business model, where they grow between 15 and 20% per month. In Spain, less than a month ago they announced the closing of a financing round of two million euros aimed at accelerating their growth in the country and taking advantage of the power of the Spanish language. “The content that we develop for Spain is useful for Latin America, where we have already launched two important proposals. From there we want to make the leap to the Spanish-speaking American market," Gurt advances.

Last year they began to prepare the recording studios and the first courses began to be produced in October. “We have brought the learning from Norway and we are improving it. The courses themselves are the same, but we improve the processes, we make them more efficient”, clarifies the country manager.

"We are at the beginning of this revolution," explains José Miguel Herrero, founder of Big Sur Ventures, a venture capital fund, about the rise of 'edtech'. He also points out some macro trends that favor this phenomenon. One of them, «the need for continuous training where telematic tools are going to be more important». There is also a "need to complement training" and specifically in Spain, "with the deterioration of the educational system, complements will be sought that can come through online," he points out. In this sector, Big Sur has already invested in one of the national stars of the sector: Lingokids, an application for children between the ages of 2 and 8 to learn English and have fun.

1 Spanish banking gives all the credit to artificial... 2 Innovative goals that turn soccer fields into green... 3 The revolution of delivery drones does not spread... 4 Officials demand the same diet as a deputy for using... 5 The cainism of Pablo Iglesias condemns Yolanda Díaz's... 6 A team to take seriously 7 NASCAR: Raphaël Lessard at his best! 8 Shooting in California: “it is a very dark day” 9 Amber Heard back to stand in Johnny Depp libel lawsuit 10 Charlotte Cardin: Queen of the Junos 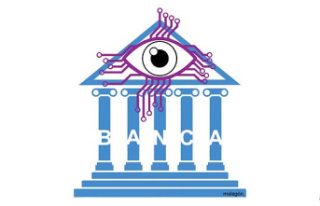 Spanish banking gives all the credit to artificial...