The revolution of delivery drones does not spread its wings

Technology advances so much and so fast that it is not difficult to imagine how a drone arrives on our terrace with the pizza that we will have for dinner a few minutes later. 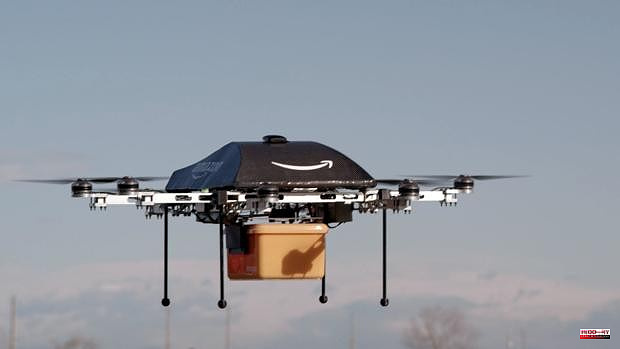 Technology advances so much and so fast that it is not difficult to imagine how a drone arrives on our terrace with the pizza that we will have for dinner a few minutes later. But the truth is that we are still far from one of these unmanned aircraft landing in our gardens, rooftops or at the door of the house transporting any type of merchandise. The revolution that some predicted drones would lead in the logistics sector, and especially in the last mile, has not occurred.

And there is the evidence. Amazon, which had risen as the forerunner of this great technological innovation, is unable to get these aircraft off the ground to deliver the packages of the great ecommerce giant to its customers.

And almost ten years have passed and 2,000 million dollars have been invested in tests, since Jeff Bezos announced in 2013 that his parcel drones would cross the skies of our cities. The Amazon Prime Air division that is in charge of the project has entered a debacle: layoffs of workers, relocation of personnel, high turnover of managers and technical and management problems. Which suggests that the challenge is perhaps too ambitious for the times we live in.

Also the German DHL that wanted to explore this path, has restricted it to deliveries of emergency medical supplies or to areas of difficult access. And the same has happened to the American courier company UPS.

The barriers that these multinationals have encountered are not only technical but also regulatory. “Something that these companies did not count on is that when it comes to airspace they are serious operations and that space is shared with manned aviation. They have come across a regulation that requires the aerial vehicle to meet a series of conditions, ”explains Daniel García-Monteavaro, head of Business Development for Drones at Enaire, the manager of air navigation in Spain.

In airspace, safety comes first and risks must be minimized at all costs. No one would like the possibility that these drones could cause accidents such as crashes or falls that could cause harm to people. “The drones fly in a space where there are other types of aircraft and people and goods on the ground. And everyone's safety must be guaranteed. The drone has to carry practically the same thing on board as a small plane to be detected and identified, ”they indicate from the State Aviation Safety Agency (AESA).

However, this does not mean that progress is not being made to incorporate drones, as one more vehicle, into our cities, with applications such as the distribution of goods. In fact, the European regulations are adapting to the new times and since January 1, 2021 it includes this possibility. «It allows the delivery of packages with drones because it includes many future scenarios so as not to become obsolete. This regulation is beginning to be implemented gradually, ”they point out from AESA.

More rules and regulations still need to be developed before we see these aircraft above our heads delivering packages. This will be the process: «The distribution of parcels will be gradual. The first thing we will see will be simple operations in very specific and limited areas, such as emergency operations in sparsely populated places. Progressively and thanks to the operating experience that is acquired, the complexity of the operations and, therefore, their added value will increase. In short, the transport of goods with drones in a generalized way through our cities and as a real economic activity will not be seen, at least, for another two or three years”, predicts AESA.

For now, unless authorized by AESA "(and always complying with security measures and requirements," they say from this body), drones do not fly over cities to transport goods. However, AESA ensures that "we authorize many experimental flights and reserve airspace for testing." In general, drones have some limitations: they cannot exceed a height of 120 meters; or fly over concentrations of people; they must be piloted with visibility; They are not allowed to transport merchandise and cannot fly within 8 kilometers of airports, natural parks and restricted flight areas.

However, the bet is strong because Europe is working on what is called U-Space, an ambitious project to make European airspace an ecosystem in which all types of aircraft, both manned and unmanned, coexist. And this also includes the use of merchandise delivery drones. “U-Space is going to accommodate these types of operations autonomously (without a pilot) and digitally, but it is going to take time. Regulations must be adapted and large safety studies must be carried out so that drones are compatible with commercial aviation”, explains García-Monteavaro. Precisely, Enaire is in charge of developing the U-Space services in Spain, which range from the activity of drones to future air taxis.

However, the sector recognizes that there are still technological and operational barriers to overcome. Of course, García-Monteavaro is convinced that "the technical feasibility of a drone to carry parcels is unquestionable, it is possible and there are many demonstrations".

But there are also a lot of unfinished business that are beginning to surface as the first trials with autonomous delivery drones take place. “At the technological level there are still doubts regarding security. We need to have greater precision so that it reaches a specific point and lands there, "says Ramón García, general director of the Spanish Logistics Center (CEL). And that is being worked on. «It is difficult for them to reach our terrace, because there are technical difficulties. They have to navigate between buildings, power lines and other obstacles in the cities, identify the destination and not get confused with the neighbor's terrace. In addition, they need to be economically viable because the cost of implementing a drone delivery network is very expensive”, considers Teresa de la Cruz, Project Manager at Zaragoza Logistic Center.

If these technical notes could be resolved, autonomous and digitized drones, with software that makes its own decisions based on artificial intelligence, are big words. There are great challenges here, as the experts point out. “These are systems that are going to be connected to the internet and to each other to share their position, receive alerts from other users and even be able to cancel the operation if necessary in the event of any incident that may occur. This poses cybersecurity problems and others such as always guaranteeing mobile phone coverage without interference," says García-Monteavaro.

Integrating them into the life of a city also seems like a huge challenge. They could get to fly on their own airways. “The drone must know how and where to circulate, it is necessary to define routes, make bubbles in the air spaces so that they can fly safely without interfering with other aircraft,” says AESA. “They have to live with each other. That is why it is necessary to create software and hardware that allow it, that automatically identifies the drone that is flying, have a flight plan, do continuous monitoring... And have a center that controls, manages and coordinates that traffic", says Ángel Macho, director of Unvex, a drone fair for professionals. Dilemmas even arise about how to "protect the transported material from vandalism, or have an infrastructure for recharging drone batteries," says Alberto Martínez, head of Management at Tecniberia. It is even necessary to study their acoustic impact and resolve data protection issues because drones carry cameras that can locate and provide information on citizens.

Even with so many challenges ahead, numerous trials are underway. Recently, Google has begun testing a drone package delivery service in residential areas of Dallas. In Spain we also have examples. Enaire has carried out 200 flights on the beach of Castelldefelds (Barcelona), within the Corus-Xuam project, to test parcel transport with drones in an urban environment. “We have carried out simulations between several users simultaneously, interrupting them for security reasons to carry out tests”, details García-Monteavaro. The company GesDron has also experimented with manned drones to bring food from restaurants and packages home in a sandbox (controlled environment) in Villaverde (Madrid).

Where it does seem that drones have a future in the short term is in the transport of essential products (medicines, biological samples, vaccines...) to remote areas, with difficult access, or in emergency situations. “It has been done in African countries for a long time,” says De la Cruz. It has been tested between health centers in Valencia. "In Aragon, the Pharmadron pilot project was carried out to deliver pharmaceutical products in rural areas because there are towns that do not even have a pharmacy," he adds.

"It is a frontier technology," warns Ángel Macho. Therefore, other possibilities are also considered. One option is to establish centers or hubs or sandboxes in the city where the drones deliver the goods. “Then the packages would be delivered to their destination. And for larger goods, consider vertiports in the cities. The logical thing is that the drone always goes from one controlled point to another and always on the same route”, suggests Ramón García. De la Cruz provides the example of the Zaragoza city council: «It already contemplates the distribution of drones under specific conditions. In this case, the packages will be transported to empty premises that will act as lockers.

Drones emit no emissions and improve urban congestion problems. Sufficient reasons to solve the equation of how to incorporate them into logistics distribution systems in cities.

Today more and more companies are incorporating drones to take inventory in their warehouses and have their products always located. "They are agile and optimize time and cost," says Guillermo Valero, CEO of Airvant, a company that offers intelligent solutions for the logistics sector. In this case, "we put a pecking sensor on the drone to read the barcodes of the products," he says. If we think of large logistics warehouses, with shelves that reach 12 meters in height and even up to 18 meters, the work of a drone that reads the bar codes of the goods that are in the heights is very useful. "Logistics operators need to have very precise control of their stock, because with the rise of e-commerce, the customer wants to have the product available at any time and in record time," explains Valero. Drones make that task easier.

1 Officials demand the same diet as a deputy for using... 2 The cainism of Pablo Iglesias condemns Yolanda Díaz's... 3 A team to take seriously 4 NASCAR: Raphaël Lessard at his best! 5 Shooting in California: “it is a very dark day” 6 Amber Heard back to stand in Johnny Depp libel lawsuit 7 Charlotte Cardin: Queen of the Junos 8 A wet firecracker 9 Switzerland adopts self-determination for organ donation 10 A plummeting workforce 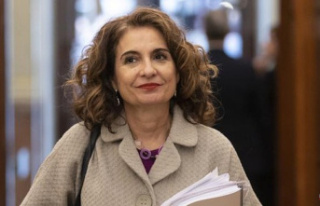 Officials demand the same diet as a deputy for using...