Amber Heard resumes on Monday, after a week's hiatus, her testimony on the domestic violence she claims to have suffered from Johnny Depp before and during their marriage, during the defamation lawsuit brought by her ex-husband. 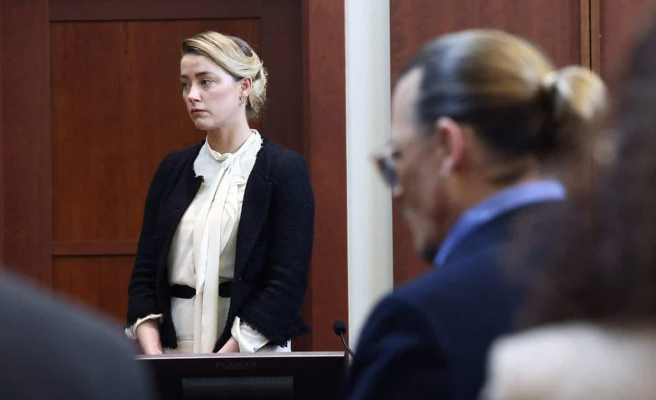 Amber Heard resumes on Monday, after a week's hiatus, her testimony on the domestic violence she claims to have suffered from Johnny Depp before and during their marriage, during the defamation lawsuit brought by her ex-husband.

• To read also: Johnny Depp was “the love of my life” but also jealous and violent, says Amber Heard

• To read also: Amber Heard would suffer from post-traumatic stress after the violence of Johnny Depp

The 36-year-old actress has already mentioned several episodes of violence in court in Fairfax, Virginia, where her lawyers should soon finish questioning her, before a contradictory debate led by the defense of Johnny Depp who promises to be without pity.

The first four weeks of this extraordinary trial, broadcast live on television, have drawn a "toxic" relationship between a young actress with a strong character and a millionaire actor and addicted to alcohol and drugs, with very raw details. reported by the former couple.

The 'Pirates of the Caribbean' franchise star accuses his ex-wife of ruining his reputation and career by claiming in a 2018 Washington Post op-ed that she had suffered domestic abuse two years earlier, without however quote Johnny Depp.

At the helm, she often recounted in tears how Johnny Depp had become a jealous, possessive to the point of obsession, and brutal "monster" when he was under the influence of alcohol and drugs.

“He hated, hated James Franco”, with whom she had shot a film in May 2014 and with whom he accused her of having had an affair, she for example explained.

It was during a stay in Australia in March 2015 that their arguments reached their climax.

"I'm against the wall and he's screaming at me that he hates me, that I ruined his life," she said, unable to hold back her tears as she recalled three days of hell.

"He said to me, 'Fuck, I'm going to kill you,'" before shoving a bottle of alcohol into her vagina, she added.

Johnny Depp, who allegedly severed the end of his finger on a broken bottle, then wrote insulting messages on the walls with his own blood.

The 58-year-old actor had delivered a completely different version at the end of April: it was a bottle thrown by Amber Heard that would have cut off his finger, he said.

He denies ever having raised his hand on Amber Heard and assures that it was she who was violent.

Very calm and sometimes flirtatious, he admitted to heavy use of drugs and alcohol, but claims to have controlled his consumption most of the time.

According to financial experts presented by his lawyers, the platform would have caused him to lose 22.5 million dollars in fees planned for the sixth opus of the “Pirates”, from which he had been dismissed after its publication.

The actor is suing his ex-wife in the United States two years after losing a first defamation lawsuit in London. He had attacked the British tabloid The Sun, which called him an “abusive husband”.

He and Amber Heard had started an affair in 2011 before getting married in February 2015. The actress had filed a complaint for domestic violence in May 2016, but according to Jonnhy Depp, she would have done it to get revenge after he had her announced his intention to divorce.

She had dropped these charges during the divorce proceedings, concluded in early 2017 by a financial transaction.

1 Charlotte Cardin: Queen of the Junos 2 A wet firecracker 3 Switzerland adopts self-determination for organ donation 4 A plummeting workforce 5 To restore the image of the server, from school to... 6 Rangers win final game in overtime 7 Gala ComediHa!: a first for Michel Courtemanche 8 Periodontitis, a risk factor for colorectal cancer! 9 The most expensive French wines from this Sunday 10 The Vertdure Group dreams of a home run in the United... 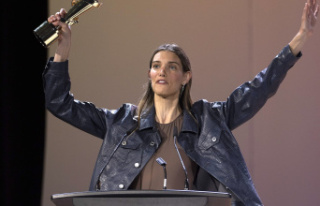