Behind a football match there are many unknown factors. 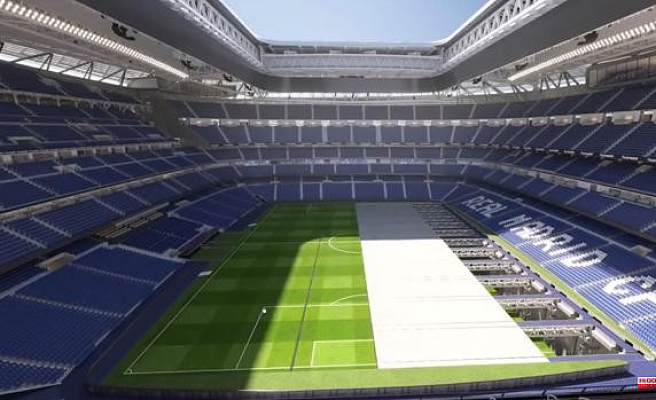 Behind a football match there are many unknown factors. For example, those who deal with the state of the lawn. They are professionals (agronomists and architects) who use the latest innovations for their renovation and set-up. All with the aim of avoiding those images of yesteryear, with muddy fields, raised grass, bald spots, different shades of green...

For example, the retractable lawn project at the Santiago Bernabéu is generating unusual expectations because it is a new technology worldwide. It will allow the grass to be removed to a chamber under the stadium to be able to celebrate all kinds of events without damaging the state of the green. At the forefront is the engineering and technology group Sener.

The system is based on a mechanism that allows the horizontal and vertical displacement of some trays with the grass. «There are some previous experiences, but not of these characteristics. Schalke 04 (Germany) takes the grass out of the stadium and Tottenham (England) puts it under the stands", says Jorge Vizcaya, architect of the company

«We take the lawn to an underground space –explains Vizcaya about the process– which we have called Hypogeum, in reference to the Coliseum. It is a growth chamber designed exclusively for lawn maintenance, very much in tune with the AeroFarms. It will have independent accessibility for agronomic products and equipment such as mowers and will have maintenance systems such as irrigation, heating, ventilation, ferti-irrigation, UV treatment, etc. The objective is to always have the grass inside and only take it out to play the games.”

Before the teams take to the field of play, LaLiga supervisors assess the state of the pitch. Pedro Fernández-Bolaños, coordinator for the Quality of the LaLiga Fields of Play, recounts the conditions: «Among the requirements is that the height of the cut must be within the stipulated range, between 20 and 30 millimeters, that there are no bare areas neither chromatic differences due to weeds nor density problems in the grass, and that no replanting has been carried out without previously informing LaLiga. It is also required that the field be capable of draining 50 liters per m2 per hour. A field with new grass can drain 300 to 400 liters per m2 per hour.

Among the innovations used to improve the condition of the lawn are grow lights. "The lawn needs a lot of sun," says Fernández-Bolaños. The stadiums have covers, markers... that cast shadows. To avoid the loss of density and quality, it is necessary to get that part of the lawn to carry out photosynthesis as if it were in the sun. Grow lights replace the lack of sun in the shaded areas of the stadiums. For example, San Mamés or the future Bernabéu or the Wanda Metropolitano have many shadows. To which Eduard Rovira, technical director of Royalverd, adds that "fans must be used to simulate the movement of air and remove humidity."

The old sodium vapor lights are also being replaced by LED lights, which are more energy efficient. Clubs have many challenges associated with sustainability. In this sense, grass is an ally, because it has a negative carbon footprint. The sensors allow decisions to be made about objective data obtained from the soil, PH, humidity, temperature, salinity... Royalverd uses drones to obtain this data. “We use drones equipped with multispectral cameras to know the health of the field, if there are weeds. By the color we know where it grows more or less, even the density”, says Rovira.

Many First and Second Division clubs work with Royalverd. And they also carry the turf of the Spanish Football Federation in Las Rozas and La Cartuja. One of his proposals is hybrid grass (mixing a proportion of synthetic grass with natural grass), a quick technique with which a large part of a field's defects can be corrected. On the other hand, if seed is used, a minimum of eight to ten weeks is required. Removing old grass and laying new sod in a field takes three days. The material arrives in refrigerated trucks, normally 21 vehicles. Royalverd has its own nursery.

Now they are cultivating the grass for the Champions League final that will be played on May 28 at the Stade de France in Saint Denis, in Paris between Real Madrid and Liverpool. “We sowed that lawn in November. We are going to collect it soon and we will help to install it”, says Rovira. Champions technology for stadiums that are like carpets.

Royalverd is a Spanish firm responsible for the installation and conservation, among many other fields, of the lawn of the Wanda Metropolitano. With its own nurseries, it now cultivates the lawn of the Stade de France for the Champions League final

1 The revolution of delivery drones does not spread... 2 Officials demand the same diet as a deputy for using... 3 The cainism of Pablo Iglesias condemns Yolanda Díaz's... 4 A team to take seriously 5 NASCAR: Raphaël Lessard at his best! 6 Shooting in California: “it is a very dark day” 7 Amber Heard back to stand in Johnny Depp libel lawsuit 8 Charlotte Cardin: Queen of the Junos 9 A wet firecracker 10 Switzerland adopts self-determination for organ donation 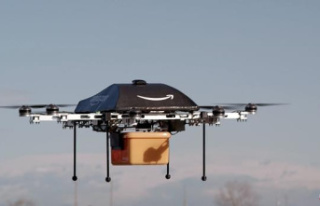 The revolution of delivery drones does not spread...