The 'IIII EKP International Women's Sailing Cup' in the J80 class was dominated by emotion and a tight outcome. 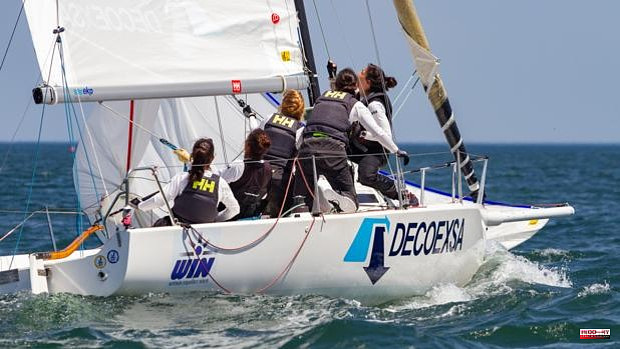 The 'IIII EKP International Women's Sailing Cup' in the J80 class was dominated by emotion and a tight outcome. In the end, after a day with good wind, Olatz Muñoz's Gipuzkoan Decoexsa won with great suspense. She took first place overall ahead of the favorites of the Dorsia Covirán Sailing Team of the Olympic medalist Natalia Vía-Dufresne, who defended the title in the two previous editions, and Biobizz of María Sánchez. Decoexsa -with three first places- and Dorsia -one win- finished level on 11 points, to Biobizz's 14. Fourth were the Balearic women from AGD Desmiantados Balear led by Helena Alegre (16 points) and fifth were the young Biscayans from Daniela Voss's Fhimasa Women's Team (18 points), always among the most outstanding.

The female crews were the main protagonists during the weekend in the Biscayan waters of the Abra, which crowned Decoexsa of the Real Club Náutico de San Sebastián, runners-up in 2020 and third in 2021. This time, they received the first trophy. “It has been a difficult regatta with many roles and changes in intensity. The crews have sailed very well during the two days and everything has been very even until the last moment. It has cost, yes, after having touched the victory two years ago. We are very happy”, said Olatz Muñoz, patron of the Decoexsa, on arriving at the port, in which Marta Lizarraga, Patricia Alza, Gabriela Cruz and Eva González also sailed.

The girls from Decoexsa, skippered by the Danish world champion Olatz Muñoz, warned of their intentions and won the first round with a southwesterly wind of 18 to 20 knots. Dorsia, a boat to beat, came in second place, with Helena Alegre's AGD Desmiantados Balearic in third place. The leader after the first day, the Biobizz of the Real Club Marítimo de Santander, crossed the finish line in fourth place with the Biscayans of Surne and Fhimasa next. Already in the second round, Dorsia Covirán won, with second place for the local Fhimasa Women's Team of Daniela Voss, a boat that had a wonderful championship, and third place for AGD Desmiantados (CN Arenal-RCN ​​Palma). Decoexsa this time was fourth and Biobizz fifth. Already in the regatta that put an end to this event in the waters of the Abra, with a change of regatta field and wind to the northwest with about 15 knots, Olatz Muñoz's Decoexsa won, very regular throughout the championship, with Biobizz second and the Dorsia third. This last victory allowed the women from Gipuzkoa to win the title by having the highest number of partial victories.

The competition, sponsored by Euskadiko Kirol Portuak, was held in the six scheduled races in a technically difficult weekend for sailing, with some gusts of up to 24 knots. It has been one of the great sailing competitions taking place in Getxo over the next few months. It is included in the Women's Sailing League promoted by the Royal Spanish Sailing Federation, the Real Club Marítimo del Abra-Real Sporting Club, the Real Club de Regatas de Alicante, the Real Club Náutico de Palma and the Monte Real Club de Yates de Baiona with the collaboration of the Autonomous Federations that host the regattas. The first was this III EKP International Women's Sailing Cup in Abra, which was organized by the Real Club Marítimo del Abra Real Sporting Club, with the collaboration of the Getxo City Council, the Provincial Council of Bizkaia, and the Royal Spanish Sailing Federation. together with the Basque and Biscayan Sailing Federations and the Association of Owners of J80 of Spain.

1 Fall in the North River: the search is still underway... 2 Hindley crowns the iconic Blockhaus and Juanpe suffers... 3 Montpellier-PSG: Mbappé, a star at the center of... 4 Sweden's ruling party supports applying for NATO... 5 Fencing: Cannone wins his first World Cup victory 6 Ligue 1: Bordeaux striker M'Baye Niang dismissed... 7 The Treasury closes the May auctions next week, reopening... 8 Paris FC-Grenoble: "They will not come to shop... 9 PMU - Arrival of the quinté of Friday May 13 at Vincennes:... 10 PSG players gathered for the association of Idrissa... 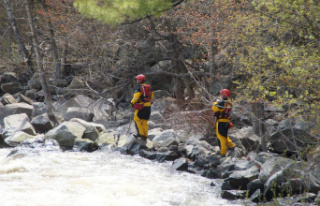 Fall in the North River: the search is still underway...