The day of the war at a glance: Kyiv reports Russian territory gains - Sweden and Finland are striving to join NATO

According to Ukraine, Russian troops are advancing in the east of the country. 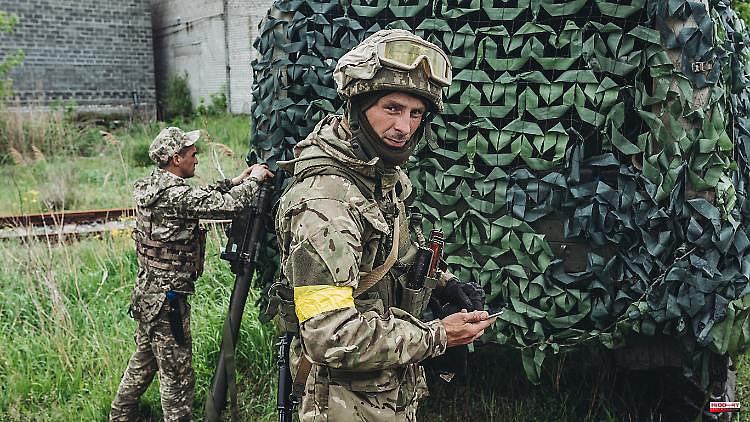 According to Ukraine, Russian troops are advancing in the east of the country. Phosphorus bombs apparently fall on the occupied Azov steelworks after the Ukrainian ESC victory. Sweden and Finland are about to join NATO. The 81st day of the war at a glance.

The front line in eastern Ukraine's Donbass has shifted in favor of Russia. This is according to information from the Ukrainian military. Russian forces had advanced in some places. It is also expected that Russia will gather forces in Izyum. According to the Ukraine, it has launched a counter-offensive that has been partially successful.

According to Ukrainian sources, the Azov steelworks in the port city of Mariupol, Russia, was hit with phosphorus bombs. "Hell has come to earth. To Azovstal," Mariupol city council deputy Petro Andryushchenko wrote on Telegram. Such incendiary bombs ignite when they come into contact with oxygen and cause devastating damage; their use is prohibited. The commander of the Donetsk separatist brigade "Vostok", Alexander Khodakowski, and Russian war correspondents, in turn, reported attacks with incendiary rockets. Both sides released a video of aerial footage showing a rain of fire falling on the plant. Andryushchenko also published pictures showing inscriptions on bombs. Accordingly, the Russian military is said to have reacted to Ukraine's victory in the Eurovision Song Contest (ESC).

Meanwhile, several wives of the last fighters entrenched there described catastrophic conditions in Azowstal in an interview. There is only one glass of water per person per day, said one of the women. She and the others once again called for the evacuation of all entrenched fighters - first the seriously injured among them. Their situation is "terrible": Some are missing arms or legs, there are hardly any drugs or narcotics.

For the first time in a few days, military infrastructure was also fired upon in the west of the country. Nothing was initially known about the dead or injured, as the head of the Ukrainian military administration, Maxym Kosyzkyj, announced on Telegram. The extent of the destruction is being investigated. An object near Javoriv - presumably around the military training area there - is said to have been completely destroyed. It was therefore the first time in about a week that there was an air alert in the Lviv region near the Polish border. In the situation report of the Russian military, there was initially no information on this.

NATO Secretary General Jens Stoltenberg believes Russia's defeat in the war against Ukraine is possible. "Ukraine can win this war," said the Norwegian after the consultations in Berlin. The war in Ukraine is not going as planned for Moscow. The offensive in the Donbass has stalled and the Russians are withdrawing from the Kharkiv area. In addition, the planned conquest of Kiev failed. "Russia is not achieving its strategic goals," added Stoltenberg. Ukraine is still standing and NATO is stronger than ever.

British military intelligence also sees Russia's offensive in the Donbass in eastern Ukraine far behind the original schedule. "Under the current conditions, it is unlikely that Russia can dramatically accelerate its advance in the next 30 days," said a status report. Russia may have lost around a third of the ground forces deployed for the invasion in February. "Despite small initial advances, Russia has not recorded any substantial territorial gains over the past few months, while continuously suffering heavy losses."

Sweden and Finland are aspiring to join NATO

Meanwhile, Finland and Sweden made progress on their NATO membership bid. In Stockholm, the governing Social Democrats spoke out in favor of such an application. Parliament is expected to follow suit. In Helsinki, President Sauli Niinistö officially announced that his country would apply for membership. He informed Russian President Vladimir Putin of his decision on Saturday. The government in Moscow announced that it intends to take revenge if both countries join NATO. However, Russia did not name any concrete steps. Niinisto told US broadcaster CNN that there had been no threats in his recent conversation with Putin. "Overall, however, the discussion was, how should I put it, very calm and cool."

US Secretary of State Antony Blinken said after a NATO meeting in Berlin that he expected the two countries to join soon, despite critical tones from Turkey. There is broad support for this in NATO and further talks between Turkey and the two Scandinavian countries. "I am very confident that we will find a consensus here." Federal Foreign Minister Annalena Baerbock and NATO Secretary General Stoltenberg emphasized that both countries received security guarantees in the transition period until the accession process was completed.

Turkey had shown skepticism at the weekend. In particular, she has criticized the two countries for years for their dealings with organizations that Turkey classifies as terrorist, including the militant Kurdish Workers' Party (PKK) and the movement of the Islamic cleric Fethullah Gülen.

More articles on the Ukraine war

1 0-1: Albacete loses against Nástic at the end and... 2 1-2: And Socuéllamos achieved what seemed impossible:... 3 Party at the Town Hall: honors to our patron saint,... 4 Bilbao Athletic takes another step towards salvation 5 Patxi Salinas: "A little upset because we missed... 6 Burkini in Grenoble: the prefect of Isère ready to... 7 They speak of an "unsustainable" situation... 8 The Basauri Paralympic Meeting recognizes the promoters... 9 One of two whales from Montreal about to leave? 10 These are the cheapest hours of electricity on Monday,... 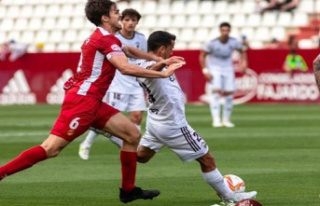 0-1: Albacete loses against Nástic at the end and...