Cristóbal Parralo, Racing de Ferrol coach, stood out in the run-up to Malcom Ares as one of the best members of Bilbao Athletic. 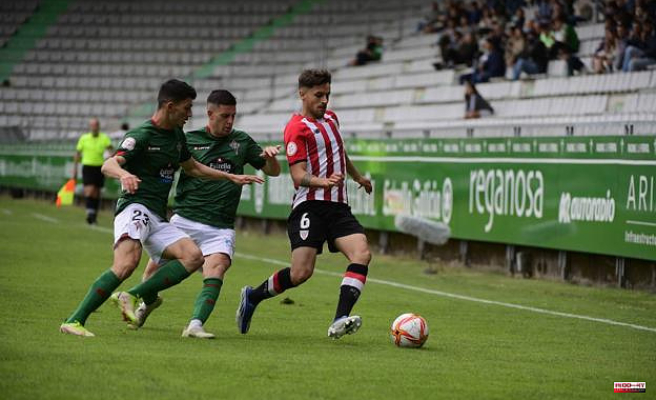 Cristóbal Parralo, Racing de Ferrol coach, stood out in the run-up to Malcom Ares as one of the best members of Bilbao Athletic. The Bilbao winger agreed with him by overtaking the reserve team at A Malata after six minutes, but Castro sealed the tie with fifteen to go. Despite the fact that the victory vanished, the point obtained is a precious booty for the rojiblanco subsidiary, which thus increases the distance with Talavera to three points. The Toledo team knelt in Irún (3-1 against Real Unión) and sank in the relegation places to 2nd RFEF. There are only two days left for the end of the championship.

Racing was looking to hurry up its remote options to finish in the second position held by Deportivo, which is now five points behind. For his part, Patxi Salinas recovered Nico Serrano for the cause, absent for too many weeks from the subsidiary and with hardly any minutes with Marcelino. The young Hugo Rincón, 19 years old and a Basconia regular, was another novelty in the right lane. The game started with a scare, as Chacón smashed a ball into the post in the fifth minute, but it was Adu Malcom Ares who, immediately afterwards, scored the 0-1 from the edge of the box. The skilful pup did a good personal deed before beating Diego Rivas, who failed to clear the leather by extending his arm into the top corner. This is the fifth goal of the former Santutxu player.

Heber Pena, whom Rincón controlled satisfactorily throughout the match, tested from afar against a Bilbao Athletic team that felt comfortable, loose on the green of A Malata. The Galician team barely bothered the rojiblancos, except for an offside shot by Del Pozo that Agirrezabala repelled with class. Nico Serrano was short of supplies and accused his prolonged inactivity. He was substituted in the 80th minute after suffering some discomfort. The reserve team was confident at the back, solid, without problems, with Prados, Rementeria and Diarra dominating the wide area based on caste against a much older rival, seasoned in a thousand battles, with experience in larger challenges.

Racing went on the attack with a final rush that the rojiblanco subsidiary could not control. Thus came the draw. Center back Castro hit a header after a free kick taken by Nieto to beat Agirrezabala. Nieto himself was able to give the three points to the Galicians, but the call to defend the San Mamés goal responded with reflexes. The champion and already promoted Racing de Santander visits Lezama next Saturday, while the puppies will travel to San Sebastián de los Reyes, where nothing is at stake, on the last day.

1 Patxi Salinas: "A little upset because we missed... 2 Burkini in Grenoble: the prefect of Isère ready to... 3 They speak of an "unsustainable" situation... 4 The Basauri Paralympic Meeting recognizes the promoters... 5 One of two whales from Montreal about to leave? 6 These are the cheapest hours of electricity on Monday,... 7 "Police call 110" from Munich: Bessie -... 8 A Champions League Sevilla spoils Suárez's farewell 9 Cádiz forgives the champion and no longer depends... 10 Getafe and Barça eat salvation biscuit and runner-up 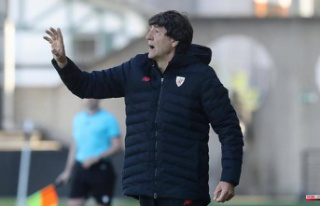 Patxi Salinas: "A little upset because we missed...