The shawls, parpusas and carnations in the lapel that were missed early in the morning in the Pradera de San Isidro were more visible in the Puerta de Alcalá, where a line of chulapas and chulapos passed by – these, unable to put their hands in their pockets in the manner that Ramón Gómez de la Serna admired so much, for not misleading the cell phone– to be photographed in turns at the foot of one of the five royal gates of the Villa. 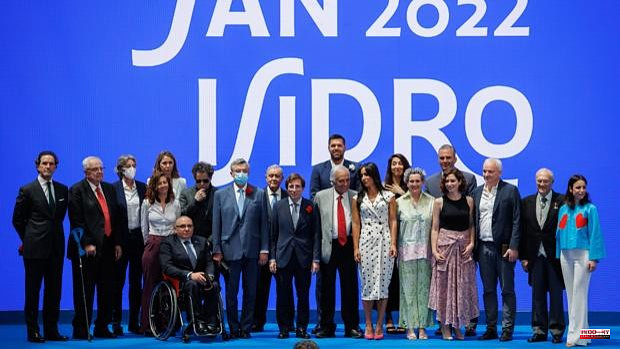 The shawls, parpusas and carnations in the lapel that were missed early in the morning in the Pradera de San Isidro were more visible in the Puerta de Alcalá, where a line of chulapas and chulapos passed by – these, unable to put their hands in their pockets in the manner that Ramón Gómez de la Serna admired so much, for not misleading the cell phone– to be photographed in turns at the foot of one of the five royal gates of the Villa.

A few meters from this unusual picture that tourists and other detached from Isidril traditions kept in the memory of their phone, Raúl del Pozo received, under the glass ceiling of the Palacio de Cibeles and from the hands of Mayor José Luis Martínez-Almeida, the Madrid Medal of Honor. To be distinguished by a city that remains the same "village of La Mancha" six decades ago, with its "movements, riots, rogues and gamblers", is for this teacher of journalists "the greatest honor" of his life.

"Leaving Madrid is always a mistake," said the Cuenca chronicler.

And, like Del Pozo, although with a greater sense of poetic justice, the Ukrainian ambassador to Spain, Serhii Pohoreltsev, received insignia on behalf of the Ukrainian people, and Monsignor Carlos Osoro, since San Isidro Labrador was finally honored four hundred years after the canonization of who lived and worked on the right bank of the Manzanares. Pocero and gañán, their heirs today are the isidros and isidras who strive every day to earn lentils; that is to say, the bulk of the long three million Madrilenians, as the mayor pointed out. Just the opposite of what the leader of Más Madrid affirmed, in Pradera itself. Of course, Mónica García said it from the "honey": San Isidro is known for being "the patron saint of the vagrants, because his miracle was that the land was plowed while he rested."

On Ukraine, in the face of the atrocious suffering of its people, a bitter residue remained that the granting of this decoration is a gesture as voluntary as the triumph of the Kalush Orchestra in Eurovision.

The Cibeles ceremony, closed with the distribution of silly, ready and Santa Clara donuts, was more institutional than festive, even though the mayor and deputy mayor, Begoña Villacís, insisted that after "two very hard years of the pandemic" this city saw the light. And if in 2021 the act was peppered by the recent electoral victory of Isabel Díaz Ayuso –yesterday it almost went unnoticed– and the political anger on the left and right over the medals given to Ana Botella and Manuela Carmena, as well as Andrés Trapiello –a «revisionist » of historical memory, according to the PSOE–, on the last list of winners there was no dissent.

In addition to Raúl del Pozo, the people of Ukraine and our patron saint, Andrés Calamaro, the “most Argentinean from Madrid” was honored; basketball player Felipe Reyes; Lourdes Hernández, a resident of Carabanchel, in a posthumous award; chef Pepa Muñoz; the Spanish women's rugby team; the Spanish Committee of Representatives of Persons with Disabilities in Madrid; Enrique Loewe; Mahou-San Miguel; the NGO CESAL; Jesús Medina, founder of the Save More Group, and the photographer Ouka Leele.

Precisely the projection of the luminous images of Ouka Leele, whose absence did not prevent her from being remembered as an icon of the scene, left a trace of nostalgia for a time when almost everything that moved around the festival of San Isidro was prodigious . It is enough to compare the convening power of the concerts at Las Vistillas and la Pradera with what was experienced three decades ago. Let us remember: «Madrid, May 18, 1985. Three hundred thousand people attend the Smiths concert on Paseo de Camoens». What happened next... is history.

1 Bilbao Athletic takes another step towards salvation 2 Patxi Salinas: "A little upset because we missed... 3 Burkini in Grenoble: the prefect of Isère ready to... 4 They speak of an "unsustainable" situation... 5 The Basauri Paralympic Meeting recognizes the promoters... 6 One of two whales from Montreal about to leave? 7 These are the cheapest hours of electricity on Monday,... 8 "Police call 110" from Munich: Bessie -... 9 A Champions League Sevilla spoils Suárez's farewell 10 Cádiz forgives the champion and no longer depends... 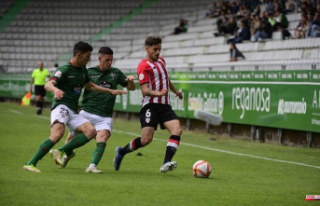