At the end of last year, when almost the entire first round of the championship had been played, UD Socuéllamos was third from last and had only won one game out of 16. 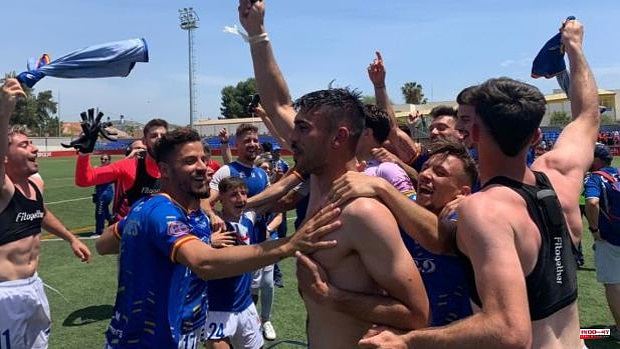 At the end of last year, when almost the entire first round of the championship had been played, UD Socuéllamos was third from last and had only won one game out of 16. At that time, achieving permanence seemed impossible. However, the azulón club decided to change course, fired coach Josico and gave command to his second, Sergio Campos. And that's how practically the same squad that was shaken by the soccer fields of Spain, began to win games. And he was weaving a comeback that culminated this Sunday with the 1-2 victory against Atlético Pulpileño, which has granted him permanence in the Second RFEF.

The game soon turned to La Mancha, who took the lead with a shot at Hugo Esteban's squad in the eighth minute.

The second could have come in several actions, especially in a shot by Nacho Huertas to the post, but Pulpileño, already relegated, equalized just before half-time with a goal by Barrenetxea. The second half was an all or nothing, because the draw was not worth the socuelláminos. And the hero was Fer Cortijo, who scored a Pepe Delgado service in the 67th minute. With the victory in the bag, he had to suffer until the last minute, when Casi had a goal annulled for offside. Goodness.

Of the other three Castilian-La Mancha teams, which were already relegated, CD Toledo lost against Real Murcia (2-0) and finished bottom, Calvo Sotelo also fell against Águilas (1-2) and CD Marchamalo drew against the Hercules (1-1).

1 Party at the Town Hall: honors to our patron saint,... 2 Bilbao Athletic takes another step towards salvation 3 Patxi Salinas: "A little upset because we missed... 4 Burkini in Grenoble: the prefect of Isère ready to... 5 They speak of an "unsustainable" situation... 6 The Basauri Paralympic Meeting recognizes the promoters... 7 One of two whales from Montreal about to leave? 8 These are the cheapest hours of electricity on Monday,... 9 "Police call 110" from Munich: Bessie -... 10 A Champions League Sevilla spoils Suárez's farewell 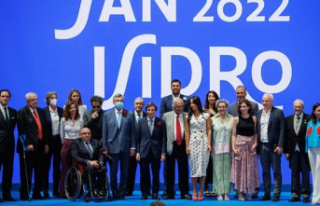 Party at the Town Hall: honors to our patron saint,...