Minors cared for in the Melilla center of 'La Purisima' used as "narco-collectors", without risk for the traffickers or that they would be arrested or surprised with the drug.

Minors cared for in the Melilla center of 'La Purisima' used as "narco-collectors", without risk for the traffickers or that they would be arrested or surprised with the drug. The Civil Guard has dismantled a criminal organization in the autonomous city, which has grown thanks to the closure of the borders due to the pandemic. The 'flip' method (throwing packets of hashish through the fence) is not new, but the lock of the border crossings has led to its improvement. Profit with little risk.

The Goliat operation has allowed the arrest of 24 Spaniards, residents of Melilla with a long criminal record behind them. The agents have rescued nine minors in a vulnerable situation who were the ones who risked it at the service of their drug bosses and who have been made available to the Juvenile Prosecutor's Office.

The detainees are accused of the crimes of trafficking in human beings, criminal organization and continued drug trafficking crimes. They monopolized the distribution and retail sale of hashish from the 'flipping' in the city.

Goliath started to work in October 2021, when the existence of this organized group was detected. They captured minors in a situation of extreme vulnerability, under guardianship and residents in the 'La Purisima' Minors' Center, whom they used to collect drug packages thrown from Morocco through the fence. The minors showed their faces and took risks and they stayed in the background, away from the perimeter, without risk, waiting for the packages in an agreed place.

Once the boys had collected the packages, the organization transported them in cars to a secure 'nursery', located in the Cañada de Hidum neighborhood, where they stored the drugs until they were sold at retail.

The Civil Guard has seen how the 'flip' method was gaining ground and perfecting itself during the pandemic in search of more efficiency and profitability from the rear; hence the use of vulnerable minors, without family or ties.

The organization had roles defined to the millimeter: the leaders, the guards who controlled the movements of the service patrols, the package pickers at the foot of the fence, the carriers to the "nursery" and the retail sellers throughout Melilla.

It was the ringleaders who personally contacted the vendors in the Moroccan area by telephone and arranged the day, time and place where the drug packages were to be launched. There was no random detail, hence the success.

The agents have analyzed and intercepted a total of 172 releases of drug packages and 275 kilograms have been intervened, the vast majority of which hashish, presented in the form of "acorns". Five entries and searches were carried out in which numerous mobile phones and documentation that must be analyzed were seized.

The investigation has been carried out by the Organic Unit of the Judicial Police of the Melilla Command, under the direction of the Court of Instruction number Four of Melilla. Some 250 civil guards from various units participated in the arrests and searches, supported by drones. The narco is perfected and the way to fight it, too.

1 Car sales will fall 60% compared to the year before... 2 Doctors over 65 stop the "bleeding" of the... 3 Experts worry about UNESCO guidelines changes as countries... 4 In tests, the world's fastest passenger jet achieves... 5 Which tennis player has won the most Roland Garros? 6 Pilar Lamadrid already points to the Mediterranean... 7 Anfitrion Festival brings flamenco ballet, theatre... 8 The IES Virgen del Carmen de Jaen joins the Order... 9 Imagine if planes were larger. The plane interior... 10 To stop your burritos from falling apart, edible tape... 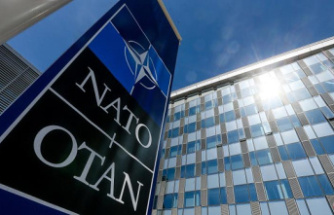 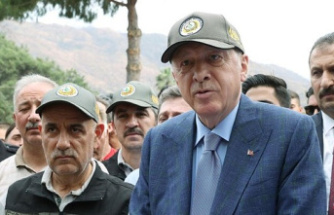 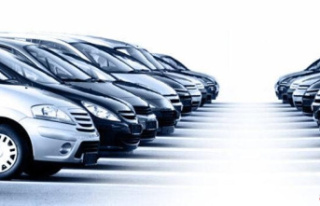 Car sales will fall 60% compared to the year before...