The third edition of the Andalusian performing arts festival "Anfitrion", organized by the Andalusian Agency of Cultural Institutions of Ministry of Culture and Historical Heritage will be held in Almeria, in the Monumental Complex of La Alcazaba. 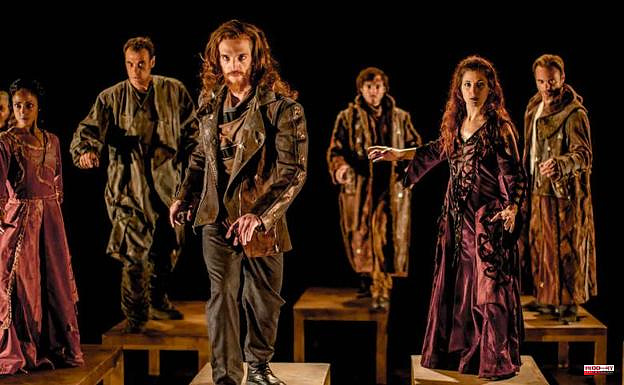 The third edition of the Andalusian performing arts festival "Anfitrion", organized by the Andalusian Agency of Cultural Institutions of Ministry of Culture and Historical Heritage will be held in Almeria, in the Monumental Complex of La Alcazaba. You can enjoy theater, music and performances by Flamenco Ballet of Andalusia from July 5-16. The Almeria monument will host screenings of "Filmoteca de Verano", which this year dedicates its program for the cinematography by American screenwriter and director David Lynch.

On July 5, the festival's 'Anfitrion’ will begin in La Alcazaba, Almeria, with the 'Las Migas quartet. These four women, who are brave with all styles and colors, have been touring and acclaimed throughout half of the world. They present 'Libres,' which features a full band.

PanPan presents "El amo" on July 6. This is a funny story about love and the dangers that it brings. PanPan is a Sevillian theater company that believes in gestural theatre and the expressive mask as a universal medium capable to tell, move and entertain.

Zenet, a key artist of the past decade, will continue the nights at La Alcazaba on July 8. He has won numerous music awards and toured internationally, creating his own music language. It features many styles, including tango, jazz swing, Cuban music, copla, swing, swing, Cuban music, and jazz. He will be reviewing his repertoire and presenting his new work, 'Zenetians' at the concert.

Maria Castro, Gorka Olxoa, and Miguel Hermoso will be performing on July 9 at the Almeria monument. "La alibi" is a Bernabe Rico version of Christy Hall's work. A woman on the edge, divorcée, and tormented from her past, asks her best friend for assistance in preparing to testify at the trial that will determine his custody and freedom.

Almeria's 'Compro oro" group will present their new album on July 12 (Desorden Sonoro 2022). Carlos Diaz recorded and produced it. On July 13, Loklaro presents "Ushuaia", a song based on an Alberto Conejero text. It explores the persistence of guilt as well as the redeeming power and love.

The Ballet Flamenco de Andalucia will conclude the La Alcazaba cycle on July 16-17.

The Filmoteca de Andalucia, which will also begin the film cycle dedicated to David Lynch on June 28, will be devoted to Pablo Garcia, who has said that Lynch is both a classic and a contemporary. A person who is indisputable, but at the same moment is still relevant'. Mel Brooks will screen 'The Elephant Man' on that day. The biopic is about Joseph Merrick, a man of lower class who suffered from terrible physical malformations. The film was shot in black-and-white and won eight Oscar nominations including Best Director and Best Adapted Screenplay.

Blue Velvet (1986) was funded by the same producer. It can be viewed on the 29th. The story is about a young student at university who discovers the source of a severed hearing. It was filmed by Dennis Hopper and Isabella Rossellini, making it one the greatest films of contemporary cinema.

His next feature film, an adaptation of Barry Gifford’s novel, "Wild Heart", will be shown on June 30. The fast-paced film, "Sailor and Lula", was produced by Nicolas Cage and Laura Dern. It won the Palme d'Or award at the 1990 Cannes Film Festival. After several years of being involved in projects such as Twin Peaks, Lynch returned to cinemas with "Lost Highway", a film that Barry Gifford co-wrote. It can be seen Friday, July 1.

"Mulholland Drive" will be shown on Saturday, July 2. This strange story, which tries to explore the dark side Hollywood, stars a young Naomi Watts. It won the Cannes Film Festival's 2001 award for best director. The film 'A true Story' will be the closing film of the cycle on Sunday, July 3. It is the true story of a man who travels across the United States.

All screenings take place in the Third Precinct of the Alcazaba at 10:00 PM. The admission is free. There are 400 seats. However, covid limitations must be considered. Tickets can be picked up at the Andalusian Centre of Photography in advance. Rest of the tickets will be available at the Alcazaba ticket counter.

1 The IES Virgen del Carmen de Jaen joins the Order... 2 Imagine if planes were larger. The plane interior... 3 To stop your burritos from falling apart, edible tape... 4 Madrid presents the album that 26 Jaen artists sing... 5 Gracia Montes, a popular 'crystal voice of copla',... 6 The Italian airline has a new, sassy look 7 Egypt finds large collection of bronze statues from... 8 "Mars is a quiet planet." 9 This was the morning's lunar eclipse. Here are... 10 Mañueco takes the reins of the Siro crisis and summons... 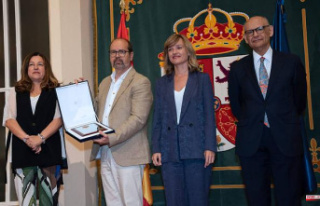