The Catalan Selectivity ignores the History of Castilian Literature

Catalan students who finish Compulsory Secondary Education (ESO) and those who are preparing to enter university are not examined in Spanish Language and Literature with the same rigor or level of demand as those of the rest of the autonomous communities. 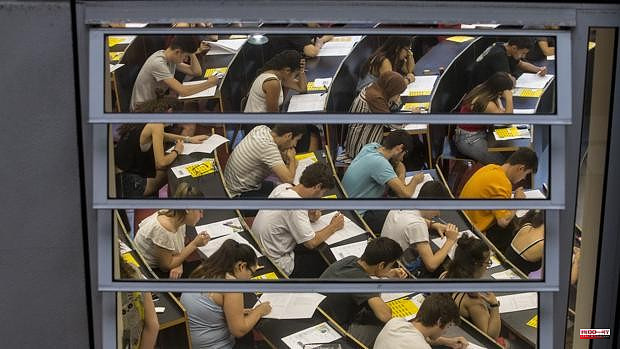 Catalan students who finish Compulsory Secondary Education (ESO) and those who are preparing to enter university are not examined in Spanish Language and Literature with the same rigor or level of demand as those of the rest of the autonomous communities. This is demonstrated by the results of a report, released yesterday by ABC, in which the low level of difficulty of the Spanish exams of the basic skills tests of the fourth year of ESO and of the University Entrance Exams ( PAU) Catalan with respect to the exams that are carried out in other territories.

According to the study, entitled 'Some differences between the Spanish Language and Literature exams of the basic skills tests and the university entrance exams in Catalonia, with respect to those of other autonomous communities', both the Spanish Language and Literature for fourth year ESO tests such as PAUs can be passed with a minimum knowledge of this language, as there are hardly any questions on grammar and most questions are multiple choice, with a great deal of optionality, which allows the student to ignore the most difficult questions.

Much of the grade, moreover, falls on the reading comprehension exercises.

Likewise, in the Catalan Selectivity, a much lower weight is given to Castilian Literature than in other autonomous communities and, furthermore, any question on the History of Literature is ignored. «In the Catalan PAU there is no direct part on the History of Castilian Literature; they simply ignore it”, denounces Professor Antonio Jimeno, president of the AMES secondary school teachers union (Action for the Improvement of Secondary Education) and one of the authors of the report.

"In the Catalan PAUs and in the end-of-stage tests, the grammatical and theoretical part is much less than in the tests of other communities, they focus a large part of the test on reading comprehension," says the professor of Castilian Philology Eusebio Murillo, co-author of the analysis, who places the level of difficulty of the Spanish Language and Literature test of the Catalan Selectivity at two points below that of Andalusia, Madrid or Castilla y León. «In some exercises in Catalonia, students are asked to fill in the spaces with the appropriate verb tenses without being asked what they are. So that they can guess the verb by intuition without knowing if it is a simple past perfect or a pluperfect”, says the teacher.

The analysis concludes that one way to avoid differences between tests and, therefore, to standardize the level of knowledge of the Spanish language among students would be for the Ministry of Education to promote a single test for all Spanish students, both at the end of the stage of compulsory schooling as in the access to the University. "It would be the way for students to be evaluated under equal conditions," says Jimeno, president

That single exam for all of Spain would also serve, according to the authors, to "minimize the differences between the contents of the books between the different communities and so that all students study similar topics." "Although the communities can set a significant percentage of the syllabus, at least the topics set by the Ministry to enter the test would also have to be studied by Catalan students if they want to pass the stage," Jimeno clarifies.

Those responsible for the study recall that the last evaluation carried out at the state level (General Diagnostic Evaluation) was carried out in 2010 on ESO students from different communities. In it, it was observed that communities such as Navarra, Madrid, Castilla y León or Asturias had a good level of Spanish, Catalonia just reached the national average and others such as the Valencian Community or the Balearic Islands did not even reach it. "Opinion on the current situation based on a test that was done twelve years ago is very little rigorous," says Jimeno.

The results of this analysis, the first of these characteristics carried out to date, transcend in the midst of a social and political conflict due to the execution of the judgment of the Superior Court of Justice of Catalonia (TSJC) of December 2020, which orders a 25 percent more than Castilian in the classroom considering that its presence is "residual" in the system. Far from applying the ruling, the Generalitat considers that the level of Spanish in the classroom should not be reinforced and that Catalan has lost presence both at school and social level. For this reason, it has launched a "country" offensive to reinforce the presence and hegemony of the regional language both in compulsory education and in the university.

1 Poland's 'shadow leader' Jarosław... 2 Putin's elite unit that has been "totally... 3 Migrant caravan in south Mexico 4 Sergio García formalizes his divorce with the PGA... 5 Ukrainian grain could be leaving ports, but Russian... 6 Queen Letizia surprises with a white dress with transparencies 7 The mysterious biography of the Baroness of Wilson:... 8 The bishop of Astorga (León) officiates a mass for... 9 A man sticks scissors in the neck of another in a... 10 The grain crisis in Africa is already generating tension... 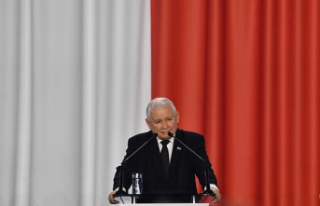