The former director of the National Intelligence Center and former Moroccan ambassador, Jorde Dezcallar, has warned during his visit to Tenerife that the grain crisis will aggravate migratory movements from Africa, and that most of them are destined for the Canary Islands. 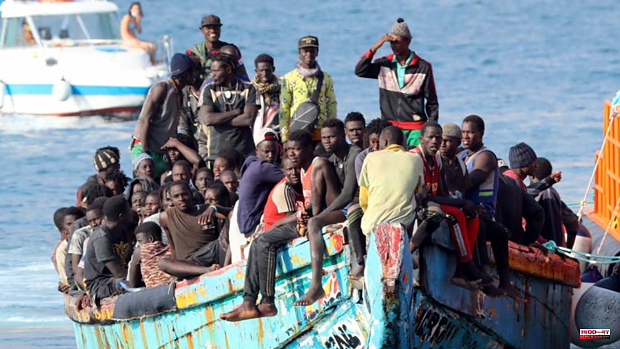 The former director of the National Intelligence Center and former Moroccan ambassador, Jorde Dezcallar, has warned during his visit to Tenerife that the grain crisis will aggravate migratory movements from Africa, and that most of them are destined for the Canary Islands.

"The world population is going to grow 2,000 million inhabitants in the next 30 years, an increase that will reach 1,300 million in Africa" ​​and with these figures "it is impossible to cover the basic needs of these people and for them to have a job, so the time of migration is beginning”, he asserted.

Speaking at the 'Dialogues for Development' business meeting held in Santa Cruz de Tenerife, he warned that there are international factors, such as the grain crisis that are already affecting the African continent and that show no sign of improving.

In addition, he has pointed out that the war in Ukraine "has not turned out as Russia had planned and has had to review its objectives, but from the outset it has lost", predicting a long-lasting conflict, among other aspects due to the change in attitude of the United States , a country that now sees the conflict as a way to weaken Russia and prevent it from happening again in the future.

The conflict, according to Dezcallar, "puts an end to the European security architecture, with which Russia did not agree and this may be a foretaste of what is coming at us," he advanced. This context "brings Russia closer to China and strengthens the authoritarian regimes that are gaining ground every year," she said.

However, the former director of the CNI has also positively valued the European response to the war, as has already happened with the pandemic, since in his opinion it has helped the European Union to take very important steps to revitalize itself and face challenges that a time could not have overcome. As examples, he exposed the capacity to receive 6 million refugees or dedicate European funds for humanitarian attention.

In relation to the grain crisis, the economist and former Minister of Energy, Tourism and Digital Agenda, Álvaro Nadal, explained that the same thing happens with the hydrocarbon crisis. "Fortunately, Spain is one of the rich countries and we can pay for raw materials, but there are countries that cannot do so and are left without them," he confirmed.

Regarding the effects of the grain crisis on the livestock sector, the former minister explained that the additional cost that farmers will have to face will also affect distribution and, therefore, the consumer. "The point is that the extra cost is distributed throughout the entire supply chain."

On this matter, Álvaro Nadal highlighted the influence of the war on the Spanish economy and, especially, on the Canary Islands.

“We can speak of Brexit as the first rupture within the European Union, which has had very important effects on bilateral trade, at the same time that a pandemic was taking place in us,” reported the former minister, who assured that the end of the pandemic and now the war is generating a lot of tension that we are seeing in the markets is reflected in that final price of the shopping basket.

As Nadal stated, “what is really important for crises, current or in the near future, is that income agreements are made and elements of rebalancing are established at a global level. That would be our success as a society."

1 Feijóo once again offers his anti-crisis plan and... 2 Two senior officials of the VK social network, the... 3 The Government will reinforce Barajas controls with... 4 Brazil expert and British journalist still missing... 5 Two infants were among the 22 victims of a Nigerian... 6 Russia's Navalny loses appeal due to terrorist,... 7 The PP asks in Congress for credits to save the Imserso... 8 Hundreds of interim Basque civil servants could lose... 9 'El Borril' hosts the XII Meeting of Eco-schools... 10 The two electrical substations will connect ships... 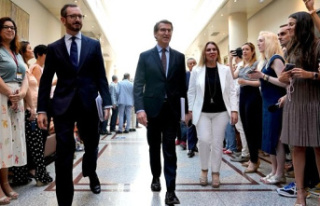 Feijóo once again offers his anti-crisis plan and...