Sergio García formalizes his divorce with the PGA Tour 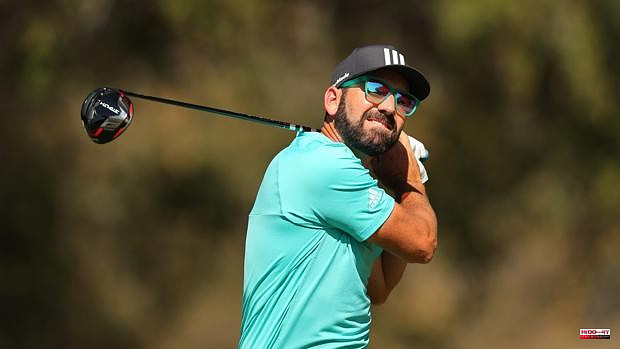 The dream of a 19-year-old boy that began in 1999 has abruptly come to an end. In that turn-of-the-century year, Sergio García only thought of succeeding on the American circuit and carving out a future among the best players in the world; and today, twenty-three years and eleven tournament wins later, he has left his American home disenchanted. Just when he has fixed his residence, with his wife and children born in that country, the man from Castellón has decided to cut to the chase and embrace the LIV Golf project, the new world league promoted by the government of Saudi Arabia. After much uncertainty, this Thursday the first of these groundbreaking tests will begin in London, with a closed poster of 48 players, including four Spaniards: Borriol, Pablo Larrazábal, Adrián Otaegui and the amateur David Puig. But all eyes will be on Phil Mickelson, who is reportedly set to receive $200 million for his commitment, Dustin Johnson ($125 million) and other PGA Tour champions including Louis Oosthuizen, Charl Schwartzel, Branden Grace and Kevin Na. We should really talk about former members of the American Circuit, since to play in England they have renounced their rights in the main league in the world.

The crazy amounts that are going to move in the new competition, compared to the figures that are currently handled (the world number one in 2021, Jon Rahm, did not reach eight million dollars in prizes), have made these players seek a legal trick to avoid the sanctions announced by commissioner Jay Monahan against strikebreakers: it was said that they could range from two years of disqualification to expulsion from the circuit. By waiving their rights and not being effective members of the Tour when the Centurion Golf tournament begins, those penalties will be lifted. Now, another question is what will happen with the participation of these men in the «majors», the Ryder Cup or the Olympic Games from now on. Since the Greats are not organized by the PGA Tour, but rather each one has its own person in charge, it will be necessary to see if the USGA or the R

As for the Games, these depend on the national Olympic committees and the circuit of origin of each golfer does not influence it either, while the Ryder is organized by the PGA of America (the players' association) and the European Circuit. In this case, Sergio García is going to continue with his rights on this side of the Atlantic, so he should have no problem continuing to break records in this emblematic biennial event.

1 Ukrainian grain could be leaving ports, but Russian... 2 Queen Letizia surprises with a white dress with transparencies 3 The mysterious biography of the Baroness of Wilson:... 4 The bishop of Astorga (León) officiates a mass for... 5 A man sticks scissors in the neck of another in a... 6 The grain crisis in Africa is already generating tension... 7 Feijóo once again offers his anti-crisis plan and... 8 Two senior officials of the VK social network, the... 9 The Government will reinforce Barajas controls with... 10 Brazil expert and British journalist still missing... 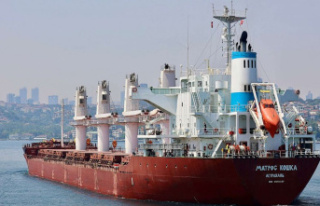 Ukrainian grain could be leaving ports, but Russian...