The powerful leader of the ruling Polish Law and Justice (PiS) party, Jarosław Kaczyński, has announced that he will shortly be leaving the cabinet and his post as deputy prime minister, through government spokesman Michał Dworczyk. 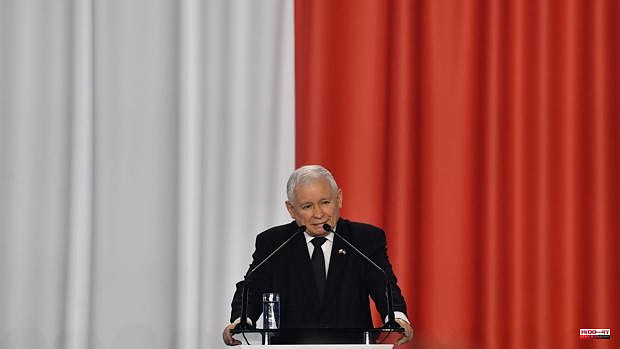 The powerful leader of the ruling Polish Law and Justice (PiS) party, Jarosław Kaczyński, has announced that he will shortly be leaving the cabinet and his post as deputy prime minister, through government spokesman Michał Dworczyk. Kaczyński, prime minister from 2006 to 2007 and the twin brother of former president Lech Kaczyński, took over as deputy prime minister in Mateusz Morawiecki's government in 2020, to ensure the party's old guard remained in charge. His charisma and authority have been facilitating decision-making and avoiding conflicts between the Morawiecki factions and Justice Minister Zbigniew Ziobro.

His advanced age and delicate state of health are the reason why his family has spent years trying to convince Kaczyński to leave politics.

He had promised his children that he would do so on his 73rd birthday, which will happen on June 18. "It seems that this moment is coming," Dworczyk has advanced to Radio Zet, which also advances that the official decision will probably be announced in a few days. As head of the government's National Defense and Security Committee, Kaczyński "has been fundamental in recent months," said Dworczyk, referring to the migration crisis on the border with Belarus and the invasion of Ukraine, and that he will regret that the consequence of Kaczyński's resignation "is a breakthrough in these fields".

With Kaczyński, a conservative Polish political generation is saying goodbye, the generation of John Paul II, which does not have a replacement in the same terms. One of the mainstays of the Visegrad Group and a key actor against the liberal foundations of the EU also disappears. It has also been one of the mainstays of effective aid to Poland in its defense against the Russian army. Last week, Ukrainian President Volodymyr Zelensky awarded Kaczyński and Morawiecki the Order of Prince Yaroslav the Wise, for Poland's diplomatic leadership in response to Russia's invasion of Ukraine and for accepting nearly four million Ukrainian refugees. In March, Kaczyński visited kyiv together with Morawiecki, Czech Prime Minister Petr Fiala, and then Slovenian Prime Minister Janez Janša. At the time, Kaczyński suggested that NATO launch a "peace mission" in Ukraine. Kaczyński and Morawiecki recently embarked on a tour of Poland with the intention of convincing Poles, amid rampant inflation and record fuel prices, that only PiS can guarantee them a stable future. "No previous government has done as much for Poland as we have," Kaczyński argued at Saturday's party congress in the Warsaw suburban city of Marki.

"As a leader of our political field, he has also been very involved in all kinds of situations," adds Dworczyk to his profile, recalling that Kaczyński "helped different environments within a political field to find a common language." "I regret that the departure of Prime Minister Jarosław Kaczyński has resulted in a certain lack in this area," he has hurt, suggesting that the Polish conservative party now runs the risk of being divided into different sections that will compete for the leadership.

Since 2015, he has been governing Poland in the shadows, neither as president nor as prime minister. The tragic death of his brother Lech in 2010, in the Smolensk plane crash, in which a large part of the government and officials of the Polish State who came to pay tribute to Polish victims of World War II died, assumed his part of the leadership as well inherited and continued alone with a political path that the twins had shared since the Committee for the Defense of Workers created in 1976, of which they were never members but which they supported during the years of University. Jarosław was passionate about history while Lech became a professor of Labor Law at the University of Gdansk.

After the first elections in modern Poland, a victory for the Solidarity union and which brought Tadeusz Mazowiecki to power, the brothers distanced themselves from the great figures of the old democratic opposition such as Mazowiecki, Gemerek or Kurón and supported Lech Wasesa, who would be elected president in 1990. They were then 41 years old and his two closest collaborators, but they soon began to work with their own political agenda and were fired, so they went into opposition, defending a “peripheral Poland” against liberal urban elites and with a radical and little conciliatory discourse with the former leaders of the Polish communist regime. They would only return to power in 1997, with the government of Jerzy Buzek.

Jarosław returned to parliament and Lech was appointed Minister of Justice, from where he began a campaign against corruption that showed its electoral results in the 2005 elections, where his party, already the PiS, was the most voted. Jarosław rejected the position of prime minister alleging that he could harm Lech's candidacy for the Presidency a month later, which would finally appoint him as minister of his cabinet. From this platform they started their program, based on the doctrine of "impossibility", according to which Poland was unable to move forward, paralyzed by too many regulations and institutions imposed by the rule of law. For effective governance, they wanted to weaken the legislative and judicial branches to the benefit of the executive. In 2015, after the loss of his wife and brother, involved in a spiral of losing votes, he understood that he could only govern in the shadow of someone more popular, he presented a young and unknown lawyer, Andrzej Duda, to succeed the president Komorowski outgoing. And it worked.

1 Putin's elite unit that has been "totally... 2 Migrant caravan in south Mexico 3 Sergio García formalizes his divorce with the PGA... 4 Ukrainian grain could be leaving ports, but Russian... 5 Queen Letizia surprises with a white dress with transparencies 6 The mysterious biography of the Baroness of Wilson:... 7 The bishop of Astorga (León) officiates a mass for... 8 A man sticks scissors in the neck of another in a... 9 The grain crisis in Africa is already generating tension... 10 Feijóo once again offers his anti-crisis plan and... 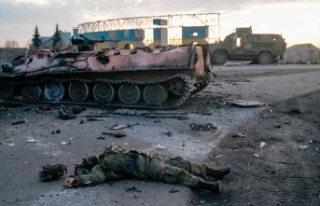 Putin's elite unit that has been "totally...