The Basque Government recognizes its failure in the educational system

Education has become a problem for the Basque Government, an indolent witness to the rapid academic decline of the territory. 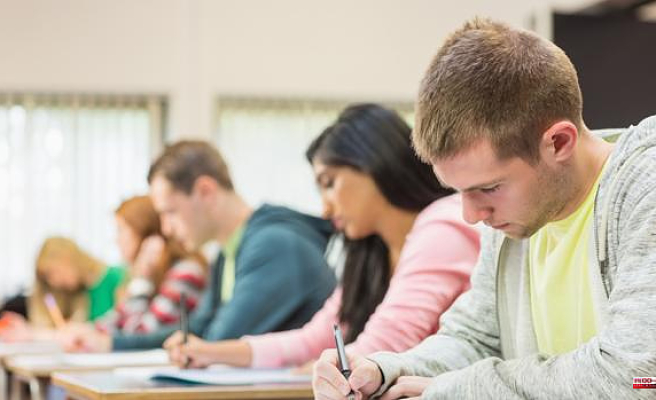 Education has become a problem for the Basque Government, an indolent witness to the rapid academic decline of the territory. Not even the latest PISA report, which has highlighted the difficulties students have in solving problems in groups, has prompted a firm response from the regional Executive, governed in coalition by the PNV and PSE. On the contrary, the Minister of Education, Cristina Uriarte, admitted that the situation is not going to improve in the near future, but stressed that there is "significant room for improvement" in its educational system.

Little can rescue the regional responsible for the work done by the Ministry of Education, one of the most public money spent per student in Spain.

The first symptom of the territory's academic decline came from the PISA 2015 report, which reflected a worrying drop in grades in Science, Mathematics and Reading. In fact, Basque students in the 4th year of ESO obtained the worst results in the whole country in this last subject. On the other hand, the Shanghai ranking places the University of the Basque Country (UPV/EHU) in 492nd place in the classification of the best centers in the world, well below Pompeu Fabra (239), Barcelona (268) or that of Granada (302).

Uriarte herself confessed that it is necessary to implement measures in the educational field, for whose problems she does not see a short-term solution. In fact, the nationalist she predicted that future evaluations "possibly will pick up that need for improvement", because, in her opinion, the changes will take time to take effect.

The free fall of the grades in Mathematics, Science and Reading coincides with the impulse of the cabinet of Íñigo Urkullu to the Basque language. In this context, the popular group in the Basque Parliament regrets that the Ministry of Education has been more concerned with the implementation of Euskera in the classroom than with attending to the necessary subjects to increase the competitiveness of students. Among them, English, a language that is required by almost four out of ten jobs in the Autonomous Community and that, however, only 13% of teachers have accredited.

"The panorama is bleak," the general secretary of the Basque PP, Amaya Fernández, assured ABC, for which the regional Executive is "sacrificing" the quality of education to impose its political ideals. In this sense, she considered that the Basque administration needs to carry out a "deep reform" of its education system.

On the other hand, Fernández highlighted that his party has carried out a round of contacts with different institutions in the sector in recent weeks, from unions to parents' associations, in which the main weaknesses of education in the Basque Country have been highlighted. . In this sense, he announced that his team is preparing a framework document with new proposals that they will announce starting in January.

It is a "reflection and analysis" document that will collect the assessments extracted from the meetings with the groups. Something that, in the opinion of the general secretary of the Basque PP, should have been carried out by the Executive of Urkullu, whom she accused of maintaining a passive attitude in the face of the crisis: "The counselor is prolonging decision-making," she asserted. She has not yet taken any action ».

The discontent of the education sector with the management of the Basque Government goes beyond the protests over academic results, as was reflected in the teachers' demonstration last week. More than 26,000 teachers from schools and institutes were summoned to the march, which, according to the unions, was supported by 70% of them. Rate that the Executive reduced to 45.9%. During the mobilization, the professionals demanded from the administration an increase in the workforce, as well as salary increases and a reduction in the eventuality.

In this sense, the spokespersons for the ELA, LAB and Steilas power plants highlighted that the Budget project presented by PNV and PSE does not include any of the measures they request to redirect the “serious situation” in which the sector finds itself. If an agreement is not reached, the union will carry out a new general strike on December 12.

1 Barcelona activates the veto for older cars on days... 2 "Your fucking night of madness is my destruction":... 3 Children's theater against climate change 4 Get with ABC a unique collection of stamps issued... 5 The Basque Country releases a consignment of 20 tons... 6 Doctors will not pay personal income tax for attending... 7 Jordi Cruz, criticized for defending that scholarship... 8 Three arrested for disorders in the Madrugá of Holy... 9 54% of Valencian schools choose the advanced level... 10 Eurovision, an opportunity to give a 'chanelazo'... 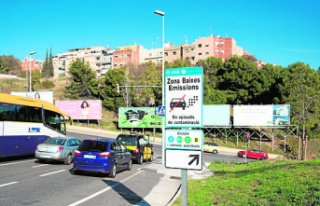 Barcelona activates the veto for older cars on days...