With Morocco things are rarely as they seem. 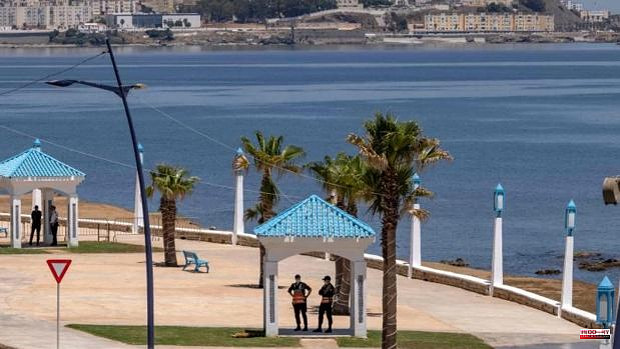 With Morocco things are rarely as they seem. If during the visit to Rabat by the President of the Government, Pedro Sánchez, the agreement for a full reopening of the borders of Ceuta and Melilla was announced, in recent days the Moroccan authorities had largely cooled expectations in terms of customs in the two autonomous cities, an issue that is considered key by the Executive. It must be remembered that the Melilla customs office was unilaterally closed in 2018 by that country, while the Ceuta customs office, as reported at the time, would be built shortly.

However, the Moroccan government never admitted in public that this compromise had been reached.

It's more; Last Thursday, the general director of Customs lowered the optimism in an interview in which he explained that the "geographical conditions" were not met to build a facility of this type and that the issue "was not current." It is true that he later qualified his message, but given the background with Rabat there was some misgivings on the part of some sectors of the Executive.

In this matter there is a substantive issue, not a minor one. If Morocco accepts the construction of customs, it could be understood as the recognition of Spanish sovereignty over Ceuta and Melilla, which is obviously a red line for Rabat, which considers the two autonomous cities part of its territory.

Yesterday, general directors of the Ministries of Foreign Affairs, Interior and Finance – the three directly concerned by the full reopening of the borders with Morocco – met in Madrid with a delegation from that country to outline the fringes of this operation, after the On May 17, the steps for residents of the European Union and with permission to circulate in Schengen will be opened and that on May 31 this measure will be extended to cross-border workers.

Sources consulted by ABC explained that the four-hour meeting served to make some significant progress in terms of customs; the most important, which began to be discussed for the first time, dealt with the location of the Ceuta, a decision that is complicated by the orography of the autonomous city. That an approach of this type has already taken place is an indication, according to the same sources, that "the most problematic issues are advancing little by little", although there is still a considerable way to go.

Proof of this is that next week there will be a new meeting, this time in Rabat, which will be attended by Customs officials from our country and their Moroccan colleagues to continue analyzing "technical issues" and reach agreements that can complete the process. sooner.

Foreign sources, for their part, explained that "all the points of the roadmap agreed on last April 7 are still being developed and the working groups are meeting with the aim of resolving the practical aspects" of the problem. The same sources highlighted in this sense that the process of full normalization of relations continues in a "good neighbor" framework.

The meeting of the two delegations takes place only 24 hours before the appearance of Pedro Sánchez in Congress to explain the new Spanish position on the Sahara, in a plenary session that is expected to be complicated for him since it is likely that loneliness will be revealed of the socialist part of the Government in such a sensitive matter for Spain. And it is that the allies of the Executive question both the decision that was made, and the way in which it was made.

There is a fact that explains the environment in which Sánchez is going to find: his appearance was requested by the PP and he came out ahead in the spokespersons meeting thanks to the support of the rest of the groups, except the socialist.

1 The PP believes that Feijóo beat Sánchez in the... 2 The new threats Johnson faces after passing the confidence... 3 Russia moves closer to capturing Ukraine's Donbas... 4 Japan's economy is contracting, but at a lower... 5 The US urges allies to cooperate in the face of N.... 6 Zverev, operated on three torn ligaments 7 Agriculture forecasts that the cereal harvest will... 8 EBAU 2022 begins in Castilla y León: more than 10,800... 9 Inditex earns 760 million, 80% more, in the first... 10 Japanese man is arrested in Indonesia for COVID relief... 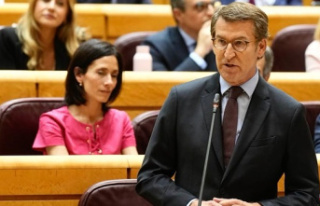 The PP believes that Feijóo beat Sánchez in the...