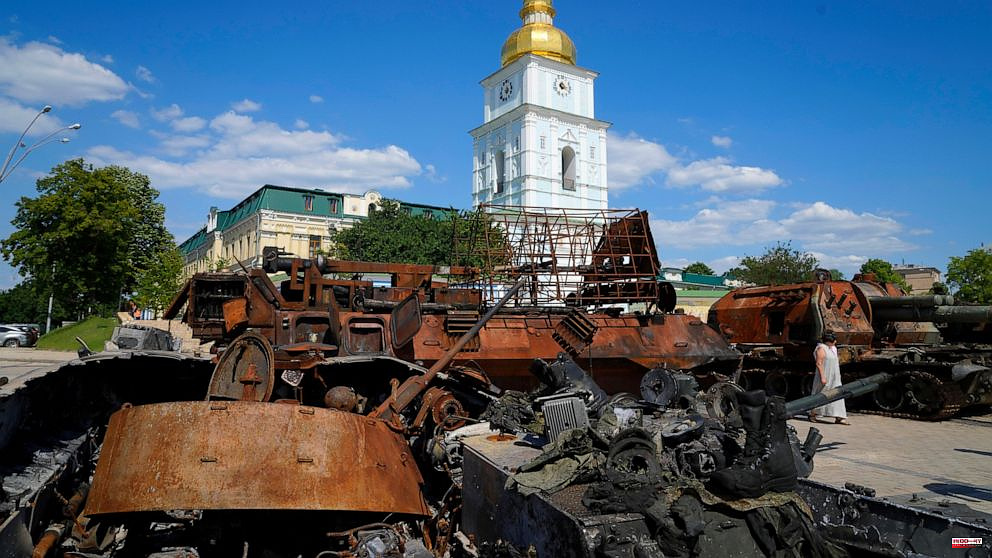 KYIV, Ukraine -- Russia moved closer to achieving its goal to fully capture Ukraine's eastern industrial heartland with coal mines and factories. The Kremlin claimed that it had taken control of 97% in one of the two Donbas provinces.

Russian Defense Minister Sergei Shoigu stated Tuesday that Moscow's forces have almost all of Luhansk Province. According to military analysts and Ukrainian officials, it seems that Russia has now occupied roughly half of Donetsk.

Russia declared its primary objective to take the whole Donbas, two months after abandoning its failed attempt at storming Kyiv. Moscow-backed separatists in the Donbas have been fighting Ukrainian government forces since 2014. The region has been the victim of Russian aggression in recent weeks.

Russian troops also seized control of large swathes of Zaporizhzhia and the Kherson regions in the south early in the war. Russian officials and local appointees discussed plans for these regions to declare independence or become part of Russia.

In what could be the latest example of anti-Russian sabotage in Ukraine, Russian state media reported Tuesday that four people were injured in an explosion at a cafe located in Kherson. Tass called the bombing at the Russian-occupied city an "act of terror"

Officials from Ukraine stated that Russia controlled 7% of the country before the February 24 invasion. This includes the Crimean Peninsula which Russia annexed in 2014. Also, the areas held by separatists in Donetsk, Luhansk, and other areas. Volodymyr Zelenskyy, the Ukrainian president, stated last week that Russian forces control 20% of the country.

Although Russia is the superior firepower country, Ukraine's defenders are well-established and have proven their ability to counterattack.

Zelenskyy stated that Russian forces have not made any significant advances in eastern Donbas over the past 24 hours.

He said Tuesday night in his nightly video address, "The absolutely heroic defense for the Donbas continues."

Zelenskyy stated that the Russians did not anticipate to face such resistance and are now seeking additional troops and equipment. The same is true for the Kherson region, he said.

Zelenskyy spoke earlier at a Financial Times conference and insisted that Ukraine must defeat Russia on the field. However, he also stated that he was open to talks with Russian President Vladimir Putin.

However, a former U.S. intelligence officer stated that the time is not right.

Andrea Kendall-Taylor, Washington-based Center for a New American Security, stated that "You won't get to the negotiating tables until neither side believes they have an edge that they could push."

At an online seminar hosted by Columbia and New York universities, Kendall-Taylor stated that the Russians believe they can take the entire Donbas and use that opportunity to request negotiations.

Russian defense minister Shoigu said that Moscow's forces had seized Sievierodonetsk's residential areas and were attempting to seize control of an industrial area on the city's outskirts.

In recent weeks, heavy fighting has been witnessed in nearby Lysychansk and Sievierodonetsk. These are just a few towns and cities in the Luhansk area that have resisted the Russian invasion. They are being assisted by pro-Kremlin forces.

Shoigu stated that Russian troops were advancing on the town of Popasna, and had taken control of Lyman and Sviatohirsk as well as 15 other towns within the region.

Mykhailo Podolyak, the Ukrainian presidential adviser, urged his people to not be discouraged by battlefield defeats.

In a video address, he stated that "Don't let fear of the news that we have ceded something" It is evident that tactical maneuvers continue. We give something and we get something back.

Luhansk Gov. Serhiy Haidai admitted that the industrial outskirts in Sievierodonetsk are under Russian control.

Haidai stated that "the toughest street battles are continuing, with varying degrees success." "The situation is constantly changing, but the Ukrainians repel attacks."

Moscow's forces continued to maintain their Lysychansk artillery barrage. Haidai stated that Russian troops destroyed a college, school, and market. He said that at least three people were injured.

"Total destruction of the city is underway. Over the last 24 hours, Russian shelling has increased significantly. Haidai stated that the Russians are employing scorched-earth strategies.

The U.S. military is training Ukrainian forces to use the advanced multiple rocket launchers the Biden administration promised last week. According to the Pentagon, the training takes place at a German base and elsewhere in Europe.

HIMARS stands for High Mobility Artillery Rocket System. It is mounted on a truck. The rockets can be transported in a container that can hold six rockets. They can travel approximately 45 miles (70 km). Officials stated that it would take three weeks for them to train before they could travel to the front.

Zelenskyy also stated that Ukraine would publish next week a special "Book of Executioners", which will contain information on war crimes committed in Russia by the Russian army.

He said, "These are specific facts concerning specific people who were guilty of certain cruel crimes against Ukrainians." He said that the names of those named include both the perpetrators and their commanders.

1 Japan's economy is contracting, but at a lower... 2 The US urges allies to cooperate in the face of N.... 3 Zverev, operated on three torn ligaments 4 Agriculture forecasts that the cereal harvest will... 5 EBAU 2022 begins in Castilla y León: more than 10,800... 6 Inditex earns 760 million, 80% more, in the first... 7 Japanese man is arrested in Indonesia for COVID relief... 8 Seven people in the Canary Islands accepted euthanasia... 9 'Xeetox', from the Salamanca bar Xirex,... 10 Carlos Torres visits Mexico in the process of selling... 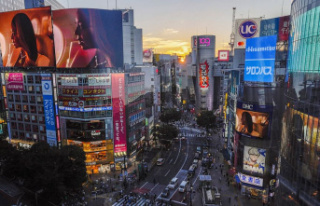 Japan's economy is contracting, but at a lower...