Pedro Sánchez will appear in Congress on Wednesday to explain both the agreement that he closed 82 days ago with Morocco, which put an end to more than a year of diplomatic differences in exchange for a historic shift in Spain's position on Western Sahara, like his audience in Rabat with King Mohamed VI. 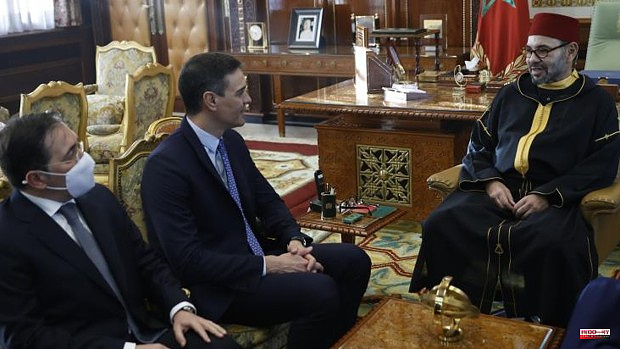 Pedro Sánchez will appear in Congress on Wednesday to explain both the agreement that he closed 82 days ago with Morocco, which put an end to more than a year of diplomatic differences in exchange for a historic shift in Spain's position on Western Sahara, like his audience in Rabat with King Mohamed VI. The President of the Government closed this pact by means of a letter unknown to most of his cabinet and which was later leaked by the Moroccan Government.

La Moncloa's explanations were poor and did not calm any of the sectors involved. On the contrary, a confrontation broke out with United We Can, its partner in government, and provoked the rejection of the entire Lower House.

In the heat of this new relationship, delegations from Spain and Morocco will meet tomorrow in Madrid to continue with the process of reopening the borders of Ceuta and Melilla and thus set the modalities and the calendar to finalize a development that began on May 17. The statement sent yesterday by the Ministry of the Interior explains that this meeting will focus "on the normalization of the movement of people and goods, through customs and people control systems."

At the moment, there are problems regarding the transit of cross-border workers and the traffic of goods due to the non-reopening of the Melilla customs office and its non-existence in Ceuta.

Giving in to greater control of Rabat over the former Spanish colony, which has claimed the right to self-determination for more than 40 years, is for Sánchez "the most serious, credible and realistic basis for the resolution of this dispute," according to the letter. . A radical turn of the Spanish historical position, always on the side of the resolutions of the United Nations. The document was released by the Moroccan cabinet on March 18: the president only received strong criticism.

Neither the second vice president, Yolanda Díaz, nor the minister and leader of Podemos, Ione Belarra, were informed despite being a very sensitive matter. And United We Can caught fire and came out to defend a self-determination referendum for the Saharawis. Eighty-two days after that lack of transparency, Sánchez will appear on account of a request from the PP that asks him to "explain the new partnership for the 21st century that he established during his visit to Rabat and the consequences that this has caused in the relationship with Algeria. The independence and nationalist groups registered another petition in identical terms.

The PSOE justifies this delay in that Sánchez had to appear previously for the Pegasus case and due to incompatibility by also coinciding with the explanations of the latest European councils. In fact, despite the fact that all the groups demanded a monographic appearance, Sánchez will share his explanations on Wednesday with information from his last meeting in Brussels. The Plenary will serve for the Chamber to express its disapproval with this swerve in foreign policy again. On March 30, Sánchez joined explanations about the Sahara with those of the European Council and the plan for the consequences of the war in Ukraine.

A hodgepodge that only served to anger the deputies more. On April 7, Congress debated a non-law proposal registered by United We Can, ERC and Bildu criticizing what in their opinion was "a betrayal" and "abandonment" of the Saharawi people, and it went ahead. "He kneels before a dictator like he is the King of Morocco," snapped Joan Baldoví, from Compromís and investiture partner. And the PP deputy Valentina Martínez put her finger on the sore spot: "We are debating a PNL presented by one part of the Government against another part of the Government." Precisely, in this week's government control session, the PP spokeswoman, Cuca Gamarra, will delve into the countless divisions and conflicts of the coalition government. 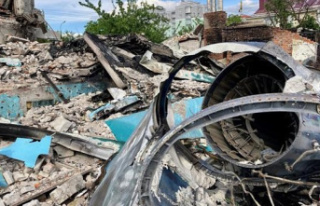 A fighter-bomber in the garden