The National Regeneration Movement (Morena), the party of Mexican President Andrés Manuel López Obrador, has won this Sunday four of the six governorships in dispute in the local elections, as revealed by the quick count of the National Electoral Institute (INE). 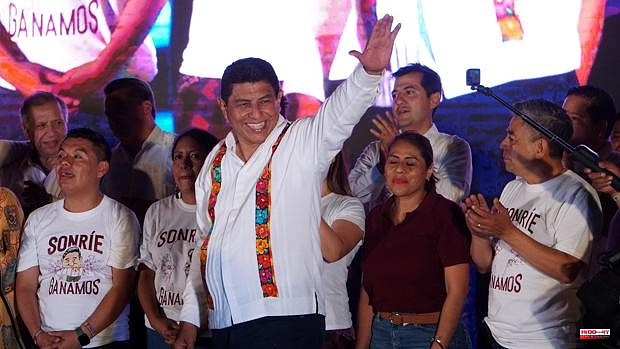 The National Regeneration Movement (Morena), the party of Mexican President Andrés Manuel López Obrador, has won this Sunday four of the six governorships in dispute in the local elections, as revealed by the quick count of the National Electoral Institute (INE).

The official statistical sampling of the autonomous body has revealed that Morena has triumphed in Hidalgo, Oaxaca, Quintana Roo and Tamaulipas, while the opposition alliance 'Va por México' has retained Aguascalientes and Durango.

In Hidalgo, in the center of the country, Julio Menchaca de Morena has obtained between 60.4% and 63.2% of the votes compared to the 30% to 32.7% range of Carolina Viggiano, from the coalition of political parties. traditional Institutional Revolutionary (PRI), National Action (PAN), and the Democratic Revolution (PRD).

This is the first time that a party other than the PRI will govern in Hidalgo.

In Oaxaca, a state in the south of the country now governed by the PRI, Senator Salomón Jara de Morena has prevailed with between 58% and 61.4% of the preferences compared to the range of 24.3% to 27.2% of Alejandro Aviles of the PRI-PRD.

In Quintana Roo, the tourist jewel of the Mexican Caribbean, the current mayor of Cancun, the brunette Mara Lezama, has obtained between 55.3% and 58.2% of the votes, for which she has defeated Laura Fernández of the PAN and PRD, which reached between 15.1% and 17.7%.

While in Tamaulipas, a northern state bordering the United States, Senator Américo Villarreal de Morena has seized the governorship from the PAN with between 49.5% and 52.7% of the preferences compared to the interval of 41.7% to 44, 8% of Cesar Verastegui.

In contrast, the PAN retains its bastion of Aguascalientes, where its candidate María Teresa Jiménez has defeated the Morenista Nora Ruvalcaba, who obtained between 32.7% and 35.3%, with between 51.5% and 54.9% of the votes. % of votes.

Finally, the PAN-PRI-PRD alliance maintains control of the northern state of Durango, where Esteban Villegas has triumphed with between 52.2% and 55.5% of the voters against Marina Vitela de Morena, who has won between 37 .8% and 40.9% of preferences.

These elections take place a year after the intermediate elections of June 6, 2021, in which Morena, López Obrador's party, won 11 of 15 governorships in dispute, in addition to one more for his ally Green Party.

With these results, the president's party will go from governing half of the 32 states, in addition to two governed by allies, to controlling nearly two thirds of the governorates, of which Morena only had six in 2018, when López Obrador took office. can.

"Today's results show that Morena is growing, our movement continues to grow," said Mario Delgado, party leader, at a conference after the election.

1 Alec John Such, early bassist and founding member... 2 US and South Korea launch eight ballistic missiles... 3 Iñigo dares more than Luis Enrique 4 China returns to the nightmare that Pedro Cavadas... 5 Festival fever 'heats up' summer 6 Pulsed radiofrequency injections: This is the treatment... 7 Work calendar 2022 in Valencia: where is June 24 a... 8 «What if I want to recover my house from the lava?» 9 Two lanes cut on the Raimundo Fernández Villaverde... 10 The Conservative Party will submit British Prime Minister... 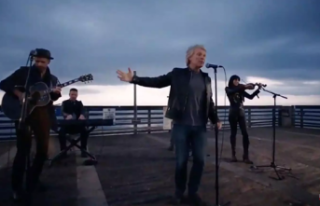