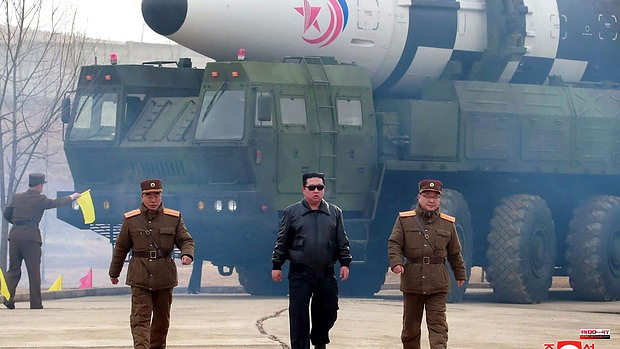 North Korea has fired eight short-range missiles this Sunday. This new weapons test marks the eighteenth of the year –almost one per week, an unprecedented frequency– and comes one day after the United States and South Korea concluded their military exercises in the region.

The launches have taken place over forty-five minutes from nine in the morning (local time), as reported by the South Korean Joint Chiefs of Staff. All of them have been located in the Sunan district, near the Pyongyang airport, where ejections have already occurred in the past.

"Our armed forces are strengthening monitoring and surveillance activities in close cooperation with the United States and maintaining a fully active position," the South Korean agency said without providing further details.

The country's National Security Council has called an extraordinary meeting this afternoon, according to the presidential office.

The last rehearsal had taken place on May 25. The regime then fired three missiles, at the same time that the North American president finished an Asian tour that took him to visit South Korea and Japan. Last week, the US began a campaign at the United Nations to increase sanctions against North Korea for its military escalation, but the initiative was stalled by the veto of China and Russia.

The shots this Sunday reiterate the hostility of North Korea, which throughout this year has carried out at an unusual rate. These have included the launch of an international ballistic missile – capable of hitting targets more than 13,000 kilometers away – which, despite doubts about its authenticity, ended the self-imposed moratorium since 2017.

The international community fears that the escalation will mark a new high with the use of nuclear weapons. During a military parade held at the end of April, leader Kim Jong-un proclaimed his intention to increase his nuclear arsenal "at the fastest possible pace" and warned the world that his purpose "is not just a deterrent".

North Korea, meanwhile, continues to fight the pandemic after detecting its first official case in mid-May. This focus already leaves more than 4 million cases of “fever”, according to the official press, among a population of 25 million people who have not received any vaccine. The regime rejected all offers of help from the international community, although these days it could have finally accepted a shipment of vaccines from China. 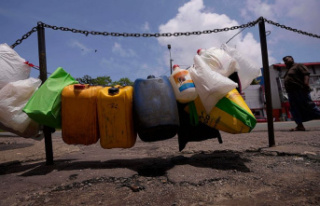