The bad day of Spain in Prague, indisputable, had two very different ways of recognizing it and facing it before the media. 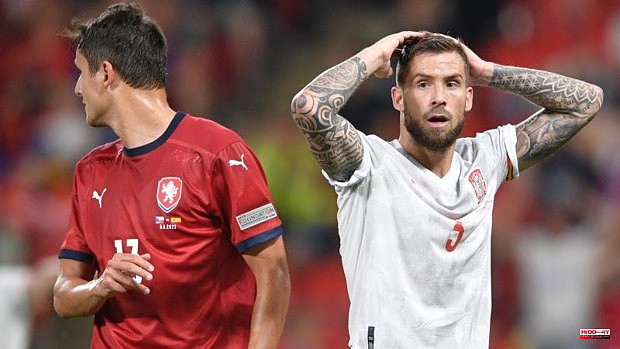 The bad day of Spain in Prague, indisputable, had two very different ways of recognizing it and facing it before the media. Elusive Luis Enrique, with half-gas reproaches, and blunt in self-criticism Iñigo Martínez, devastating: «We have not been up to the task».

And that the question was with flowers, for his saving goal at the last minute that disguised a defeat as a tie. But Iñigo Martínez cleared the flattery: «When you don't win, you go away screwed despite having scored a goal. Today we have not been up to the game. As soon as they stole the ball, they hurt us with balls behind their backs."

We lost a lot of balls, soft... We tried to correct in the second half, but we should have given more. We have entered the game badly and there have been very silly losses. We should have done better."

Luis Enrique, on the other hand, spoke more of difficulty than of defects: «I have seen the match complicated from the first play. We have not felt comfortable. We have been not very fluid, with complications from minute one.

He did admit "imbalances" in the pressure that facilitated the death of the team with balls behind his back. But he asked to review the game on video before passing gross judgments. “Not only do you have to do surveillance, but also tilt. But I don't remember a team that has defended us so aggressively and so well«.

And despite what happened, the coach assured that he has no doubts with his players, while assuring that the defects, if any, are not concentrated in the defenders, but in all of them, from the center forward to the goalkeeper. The good thing is that the Czech Republic does not escape, which would have been decisive." And regarding the absence of offensive solutions, he stated: «How are we going to shoot, if we haven't arrived. We have not had the opportunity to shoot even from outside«.

The coach also had time to leave praise. To Marco Asensio, “it has entered very well”, and to Gavi; “I'm not surprised because I know him; if today there was a convinced player it was him ». And to defend his revolution in the eleven, with eight changes with respect to Portugal, even referring to himself in the third person: “Luis Enrique has been doing that since he was a coach; and he could have changed the eleven ».

1 China returns to the nightmare that Pedro Cavadas... 2 Festival fever 'heats up' summer 3 Pulsed radiofrequency injections: This is the treatment... 4 Work calendar 2022 in Valencia: where is June 24 a... 5 «What if I want to recover my house from the lava?» 6 Two lanes cut on the Raimundo Fernández Villaverde... 7 The Conservative Party will submit British Prime Minister... 8 Sacyr sells its 2.9% stake in Repsol and totally exits... 9 Ferrovial buys part of the consortium of the new terminal... 10 The manager of a bar in Talavera arrested for drug... 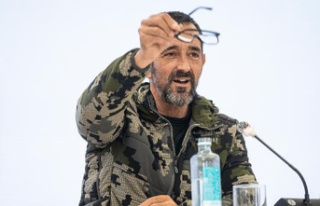 China returns to the nightmare that Pedro Cavadas...