Pedro Sánchez insists on presenting himself as an "annoying" ruler for the establishment. 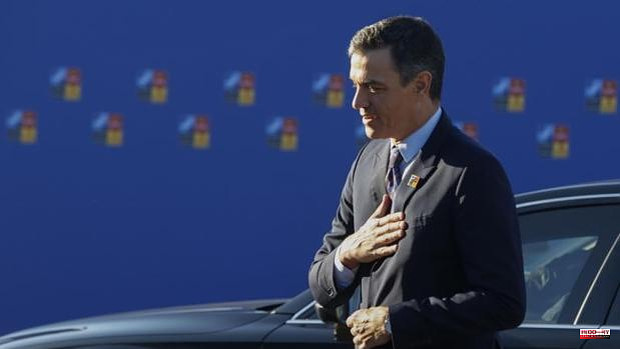 Pedro Sánchez insists on presenting himself as an "annoying" ruler for the establishment. The discursive path started last Saturday during a press conference in La Moncloa, in which he announced the new decree of measures against the rise in prices and a legal reform to establish a new tax on "extraordinary profits" of energy companies , does not seem to be flower of a day. Quite the contrary, it is emerging as a strategy for the future electoral cycle, which is quite similar to the one he used in 2017, when after resigning as general secretary of the PSOE he regained the position by defeating Susana Díaz in the party's primaries. In an interview this Wednesday on Cadena SER, held at the Ifema fairgrounds that hosts the NATO summit in Madrid, Sánchez sarcastically said that he is not "discovering America" ​​by denouncing those interests of economic powers against his Executive and some of the measures it takes, particularly in the economic field.

But in addition, the president has raised the tone of his words by accusing (without expressly citing them) the "two parties" of the center-right, that is, PP and Vox, as mere terminals of those powers and, he has said, their "dark interests and hidden." Something that in his opinion is a "disgrace" for Spanish democracy, that these political forces do not have "autonomy against the corporate interests of a minority. What do you want what is it? Well, go back to an old order that existed before the motion of censure in 2018, where between three or four were distributed... well, everything we saw until 2018». At another point in the interview, he boasted that "we changed the pace of the political and economic right in 2018, first with a motion of censure and then with an electoral victory in 2019." Within his reflection, this supposed lack of autonomy of those of Alberto Núñez Feijóo and those of Santiago Abascal would explain, in the opinion of the President of the Government, that they oppose measures that many of their voters do not even dislike, such as the rise in the interprofessional minimum wage or pensions. And even, he has said, abortion or euthanasia.

For Sánchez, it is something that "both President Felipe González and President José Luis Rodríguez Zapatero suffered when they were presidents, throughout the history of democracy." Although without citing any specific header, Sánchez has revealed that on occasions he reviews what "some of those newspapers, which are media terminals" said about the other socialist presidents and about himself, which according to his review of the newspaper library is "traced" .

1 An Algerian is stabbed in the chest in a brawl in... 2 The best beach bars and terraces for these holidays... 3 Queen Letizia recycles a 'made in Spain'... 4 Blessed by Chris Martin: the Coldplay singer plays... 5 Traffic inside the M-30 drops 30% on the most complicated... 6 The families of the Pitanxo support the shipowner... 7 The Basque Country confirms 19 cases of monkeypox 8 Why the Rota Naval Base is so important to the United... 9 Two arrested for their alleged relationship with the... 10 The Aragonese municipalities will receive 7.1 million... 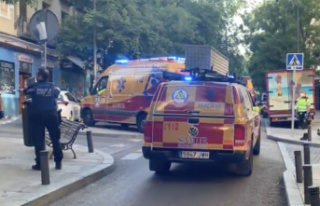 An Algerian is stabbed in the chest in a brawl in...