The National Police is looking for several people who this morning have participated in a brawl that has left a very seriously injured person in the heart of the Lavapiés neighborhood (Centro). 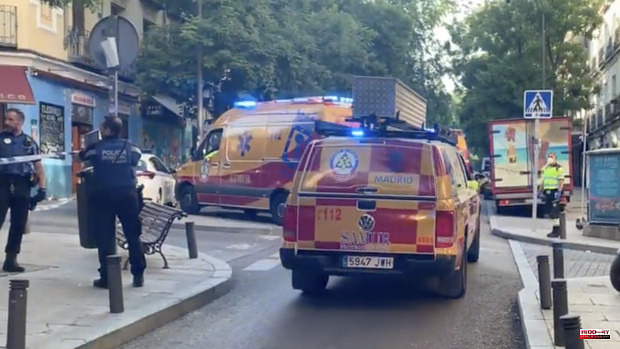 The National Police is looking for several people who this morning have participated in a brawl that has left a very seriously injured person in the heart of the Lavapiés neighborhood (Centro). Sources of the case have specified that there is already one arrested for these events, who, like the victim, is of North African origin. The matter has nothing to do, therefore, with Latin gangs.

It was at 8:10 when 091 received the notice of the attack. The first data point to a confrontation between several people. In fact, the victim, a 33-year-old Algerian, was accompanied by at least two people, supposedly of the same nationality as him, when the others attacked.

The young man has received two penetrating stab wounds below the clavicle and another in the back, next to the scapula; both have affected the hemithorax and have caused a great loss of blood.

The scene of the crime was Calle del Salitre with Calle de Argumosa. The Samur-Civil Protection has performed 'in situ' a blood test and an ultrasound, which have determined the severity of the injuries. They have transferred him, with prior notice, to the Clinical Hospital, very serious, specifies Emergencies Madrid. He has vital commitment.

The agents have combed the area and arrested a North African individual, without further information about him having emerged. It should be remembered that Lavapiés, in addition to having a continuous police presence (drug-related attacks are quite frequent), also has an extensive system of video surveillance cameras in its streets.

1 The best beach bars and terraces for these holidays... 2 Queen Letizia recycles a 'made in Spain'... 3 Blessed by Chris Martin: the Coldplay singer plays... 4 Traffic inside the M-30 drops 30% on the most complicated... 5 The families of the Pitanxo support the shipowner... 6 The Basque Country confirms 19 cases of monkeypox 7 Why the Rota Naval Base is so important to the United... 8 Two arrested for their alleged relationship with the... 9 The Aragonese municipalities will receive 7.1 million... 10 Hidraqua and Dinapsis participate as a jury in the... 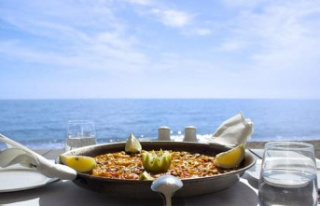 The best beach bars and terraces for these holidays...