The United States wants to strengthen its military presence in Europe. 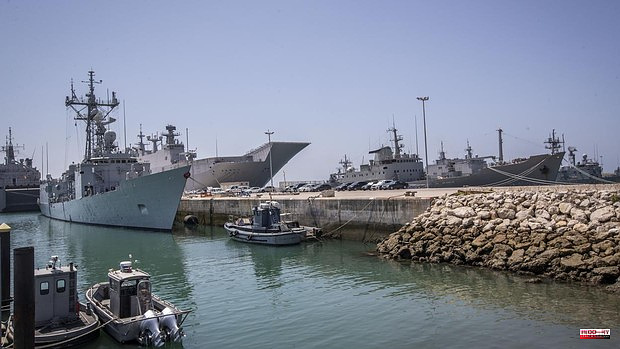 The United States wants to strengthen its military presence in Europe. Because the Russian invasion of Ukraine has shown that you have to be prepared for anything. Thus, Joe Biden announced on his arrival at the NATO Summit in Madrid that he will increase the US naval deployment at the Rota naval base with the arrival of two new destroyers, adding to the currently existing four that were installed in 2014 and 2015 .

An agreement that the US president staged together with his Spanish counterpart, Pedro Sánchez, after their meeting on the opening day of the Alliance meeting.

A pact that further symbolizes the importance of the US in defensive matters and, especially, in the Cadiz naval enclave of Rota.

This enclosure was created in 1955, although the agreement for its construction was closed in September 1953 between Francisco Franco and US President Ike Eisenhower. In its 6,100 acres of extension almost a city has been built, with a port and airport, housing area, leisure, services... Between military and civilian population they add up to about 8,000 inhabitants.

Although at first it aroused some suspicion among Rota residents, the base is one of the main attractions of the area, not only at a tourist level, since many jobs have been generated since its creation.

But the settlement means much more. For the United States, it is a key place as far as geostrategy is concerned. Because it is the nexus of three continents: America, Europe and Africa. Bathed by the Atlantic, it is only 100 kilometers from Moroccan soil, as well as being the gateway between the Atlantic and the Alboran Sea, with the Strait in between. It is a logistics center from which the US can manage defensive operations.

At the 2010 Lisbon Summit, NATO agreed to develop the anti-missile shield to defend Alliance members against possible ballistic missile attacks. And it was in 2013 that Rota became a participant in that program, bringing the four destroyers USS Carney, USS Donald Cook, USS Porter and USS Ross there.

[What is NATO and what is it for]

With the announcement of the increase in destroyers in the area, the arrival of some 600 new troops is expected, "positive" news for the mayor of Rota, Javier Ruiz Arana. «It was an issue that had been discussed for some years and that I did not know finalized until now. In the end, a greater military presence of the United States in the town is a greater requirement for personnel working at the base, where around 10,000 people come in daily to work and therefore it is a very important economic engine for the area," said the councilor .

1 Two arrested for their alleged relationship with the... 2 The Aragonese municipalities will receive 7.1 million... 3 Hidraqua and Dinapsis participate as a jury in the... 4 Pedro Sánchez, again with the Spanish flag upside... 5 Rueda censures the docility before the Government... 6 Two hit men from the 'Mocromafia' execute... 7 Biden announces that the US will strengthen its military... 8 Regulated natural gas rates rise 10.4% on average... 9 Calviño, a month and a half ago: "Everything... 10 The Venta del Moro forest fire no longer has a flame... 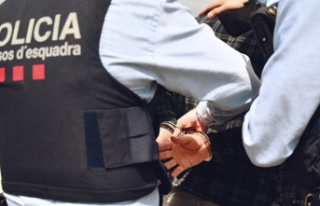 Two arrested for their alleged relationship with the...