A real boon, Coldplay frontman and singer Chris Martin played a song on a piano in a bar as a gift to a couple planning their wedding at the venue in Bath, near Bristol, UK. 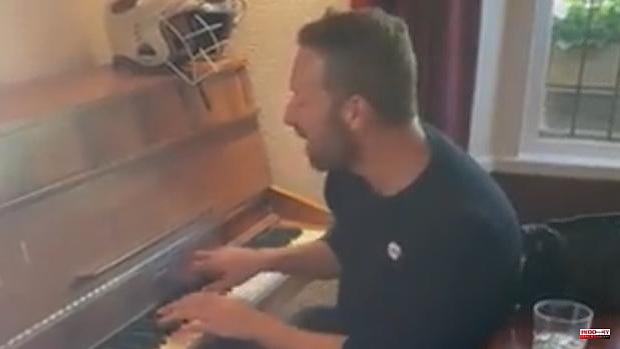 A real boon, Coldplay frontman and singer Chris Martin played a song on a piano in a bar as a gift to a couple planning their wedding at the venue in Bath, near Bristol, UK.

The lucky ones were Hannah and Jeremy, a couple who were finalizing the details of their wedding in the pub, when they saw the artist enter the place called The Stag Inn. When they both told Chris Martin that they were in the middle of organizing the party, and that the start of it would be with the song 'A Sky Full of Stars', the singer went to the piano and began to interpret said song.

"This is a magical moment that we will treasure forever," Hannah said with all the logic in the world.

Apparently, according to the BBC, the superstar was due to return from the Glastonbury Festival when he stopped by the pub and ordered a drink. And it was the owner who asked Martin if he would play for the couple sitting nearby planning their wedding.

"As you can imagine, we were absolutely shocked when he agreed to play for us," the husband-to-be explained. At the time, there were no more than ten people on the premises: "It's such a small town and not in a million years could we imagine this would happen to us," Hannah said.

"We wish we had invited him to our wedding, but we were in shock. Now our first dance has become a great moment, "the bride and groom also joked.

1 Traffic inside the M-30 drops 30% on the most complicated... 2 The families of the Pitanxo support the shipowner... 3 The Basque Country confirms 19 cases of monkeypox 4 Why the Rota Naval Base is so important to the United... 5 Two arrested for their alleged relationship with the... 6 The Aragonese municipalities will receive 7.1 million... 7 Hidraqua and Dinapsis participate as a jury in the... 8 Pedro Sánchez, again with the Spanish flag upside... 9 Rueda censures the docility before the Government... 10 Two hit men from the 'Mocromafia' execute... 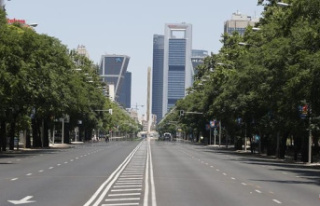 Traffic inside the M-30 drops 30% on the most complicated...