He was 71 years old at the time, and lived in Colceag, an hour's drive from Bucharest (Romania). 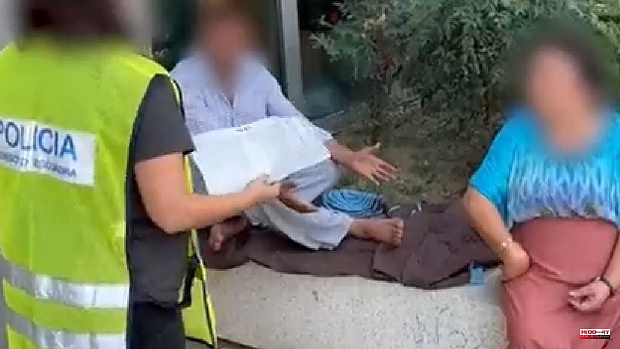 He was 71 years old at the time, and lived in Colceag, an hour's drive from Bucharest (Romania). He had become a widower, had no children, had health problems and survived with few resources, so he accepted the proposal of a married couple to travel to Spain and practice begging. They told him that in this way he would earn 100 euros a day and that the proceeds would be shared 50 percent.

That was how, in October 2016, the three traveled by bus to Barcelona. The couple, Luminita M. and Vasile I., together with the old man, settled in a place in the Gràcia neighborhood where they slept on cardboard. The same day they arrived, the man, who needed crutches to walk after suffering from frostbite in the toes of his left foot, began begging.

The couple removed his crutch, exchanged it for a wheelchair, and moved him to the same place every day, where he stayed from seven in the morning until ten at night. They also stole his documentation and the only thing they gave him to eat was a coffee with milk. The old man survived on what passers-by and neighbors gave him. Because of his problem in getting around, the victim had to relieve himself in a bottle or in a sewer.

And so he remained for months, seeing his poor health worsen. This was the reason that brought him back to Romania, in March 2017, to receive medical attention. Luminita and Vasile accompanied him. The result was the amputation of his left foot, for which he remained hospitalized for two months. After being discharged, he settled in the married couple's house.

During his stay in the house, both convinced him to return to Barcelona and continue begging. With the promise that, this time, they would give him half of what he collected. The old man accepted, and on June 14, 2017 they arrived in the Catalan capital, where, after spending days on the street and surviving in deplorable conditions, his health continued to worsen and they sold him for 400 euros to a third party: Remus R., who kept exploiting it.

The old man remained on the street until August 28, 2018, when he asked for help due to the severe pain he suffered in one foot. Several passers-by raised the alarm, and an ambulance traveled to Gran de Gràcia street and took him to the Hospital de Sant Pau. After a first medical examination, the old man was admitted to a social health center but had to return to the hospital a month later.

This new admission resulted in the amputation of his left leg. And, after the issuance of two European orders, the Police arrested Luminita, Vasile and Remus between June 2019 and January of the following year. Now, the Barcelona Court has sentenced them to ten years in prison for trafficking in human beings for the purpose of begging and, in the case of marriage, another six years each for a crime of serious injury, for the amputation of the victim's left leg.

According to the ruling, to which ABC has had access, the defendants will have to compensate the victim with 90,000 euros -30,000 each- for the moral damages caused. During the trial, the couple argued that the old man had traveled to Barcelona "voluntarily" to beg, and denied knowing the extent of his injuries.

To justify the sale of the man to Remus, the court underlines, both provided an unbelievable version, relating to the repayment of a loan that they could not prove. For his part, the third defendant also denied all the facts, and argued that he also dedicated himself to begging without controlling anyone else.

On the other hand, the victim explained that the marriage convinced him to travel to Barcelona, ​​ask for alms, and distribute what was obtained 50 percent. Something that never happened. They took his money and did not provide him with food. His version, the ruling emphasizes, was corroborated by numerous witnesses. "It is difficult for the court to transcribe the feeling of sorrow and indignation that was perceived in their manifestations of what they witnessed."

Although the National Police began to investigate the case in 2016, they were unable to locate the alleged exploiters. It was two years later when the Guàrdia Urbana detected that the couple exploited the victim, at the gates of the Botafumeiro restaurant. Several customers and passers-by, seeing the old man, had alerted the agents. That was how, after verifying that there were signs of trafficking in human beings, the investigations led to the couple, now convicted.

1 Justice asks to modify the Valencian law to include... 2 Treasury accounts to test the viability of the transport... 3 The Ibex deepens its collapse and the risk premium... 4 The 'hero of Pisuerga' arrested after attacking... 5 Pioneering access from Property Registries to graphic... 6 For the first time, the Madrid Food Bank breaks its... 7 Page announces a transport agreement with Madrid that... 8 Podemos blames Sánchez for bursting the relationship... 9 Can the price of fuel reach three euros per liter... 10 Facua warns that those affected by the Ryanair strike... 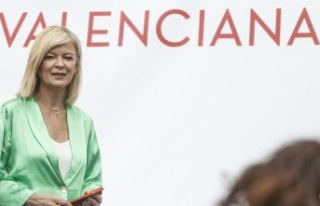 Justice asks to modify the Valencian law to include...