For the first time, the Madrid Food Bank breaks its oil stock

The increase in prices - especially of certain basic foods, energy and fuel - and the effects of the war in Ukraine have caused a lack of raw materials and, for the first time, the Food Bank of Madrid has broken its stock of oil. 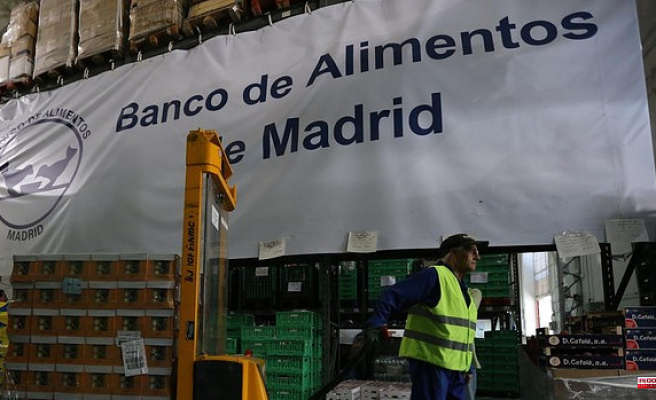 The increase in prices - especially of certain basic foods, energy and fuel - and the effects of the war in Ukraine have caused a lack of raw materials and, for the first time, the Food Bank of Madrid has broken its stock of oil. The lack of stocks has interrupted the supply of this basic food to 180,000 people in poverty and vulnerable situations in the Community of Madrid, which the entity serves through more than 560 social entities.

For this reason, the BAM has launched an emergency oil donation campaign. The objective is to obtain 100,000 liters to ensure its distribution to the beneficiary population (180,000 people) for eight weeks. The Madrid Food Bank calls on the population and companies to make online donations through its website: bamadrid.org.

Every contribution adds up, no matter how small. With a €10 donation, oil is guaranteed for 6 people for two months. Economic donations are requested since the Madrid Food Bank buys the products at source, being able in this case to optimize the price by around 7% with respect to the retail price and, therefore, the number of liters obtained.

The campaign will be active until July 7 on the BAM website.

After two years of health crisis, almost overcome, the economic crisis has not been overcome. Food aid requests have been on the rise since March 2020 and have grown even more with rising food prices and the effects of the war. Every day more people around us are in poverty and live with extraordinarily few resources. In parallel, donations to the Madrid Food Bank have fallen as a result of this economic crisis that is already affecting the middle class. Currently, the entity distributed food to provide a daily meal to 187,000 people (7,000 of them infants), 44% more than in December 2019.

1 Page announces a transport agreement with Madrid that... 2 Podemos blames Sánchez for bursting the relationship... 3 Can the price of fuel reach three euros per liter... 4 Facua warns that those affected by the Ryanair strike... 5 Marcelo's emotional farewell that made Raúl... 6 The Government sees "unfeasible" to talk... 7 Cupid: "If the internet is a reflection of society,... 8 The Diputación de Alicante promotes a protocol to... 9 The alleged murderer of Marta Calvo found "perfect... 10 The family of the former president of Bolivia will... 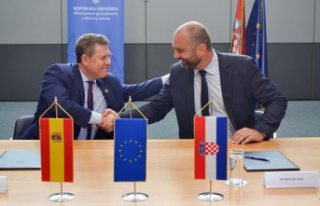 Page announces a transport agreement with Madrid that...