The consequences of the measures announced last week by the European Central Bank (ECB) on the imminent rise in interest rates, together with the inflation data from the United States, continue to affect the confidence of the European markets. 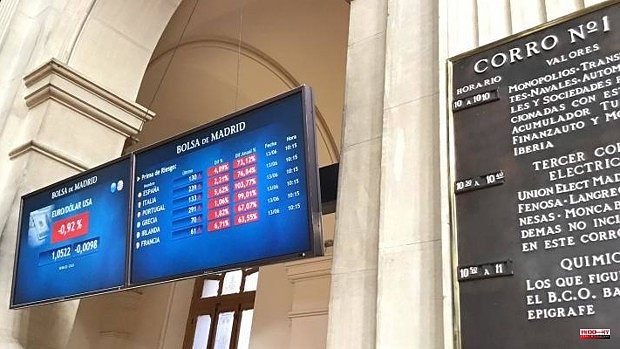 The consequences of the measures announced last week by the European Central Bank (ECB) on the imminent rise in interest rates, together with the inflation data from the United States, continue to affect the confidence of the European markets. The fall persists after the 'black Friday' of this past week and with the fear of a very present recession.

Under this climate, the market expects a 50 basis point rise in interest rates from the United States Federal Reserve at this week's meeting, after learning that inflation in the North American country rose to 8.6% in May and it is once again at its highest since 1981. In addition, this week the Bank of England will also meet, which could announce new rate increases.

The Ibex 35 responded on Friday with a 3.68% drop, the biggest drop since the start of the war, and today the downward trend continued with a fall of 1.89% in the middle of the session, standing at 8,231 .7 points, while the Spanish risk premium has increased to 129 basis points. The yield of the Spanish bond with a ten-year maturity stands at 2.888% compared to 1.569% of the German bond, which represents a difference of 131.9 points, the most pronounced since May 2020.

On the other hand, the composite index of leading indicators (CLI), which serves the Organization for Economic Cooperation and Development (OECD) as an 'economic thermometer' to detect changes in trend, suggests a loss of momentum in the growth of the economies advanced in the coming months, against which the Spanish economy shows signs of stabilization.

1 The 'hero of Pisuerga' arrested after attacking... 2 Pioneering access from Property Registries to graphic... 3 For the first time, the Madrid Food Bank breaks its... 4 Page announces a transport agreement with Madrid that... 5 Podemos blames Sánchez for bursting the relationship... 6 Can the price of fuel reach three euros per liter... 7 Facua warns that those affected by the Ryanair strike... 8 Marcelo's emotional farewell that made Raúl... 9 The Government sees "unfeasible" to talk... 10 Cupid: "If the internet is a reflection of society,... 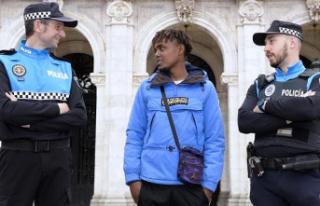 The 'hero of Pisuerga' arrested after attacking...