We can blame the President of the Government, Pedro Sánchez, for having broken off relations with Algeria due to his “turn” regarding Western Sahara. 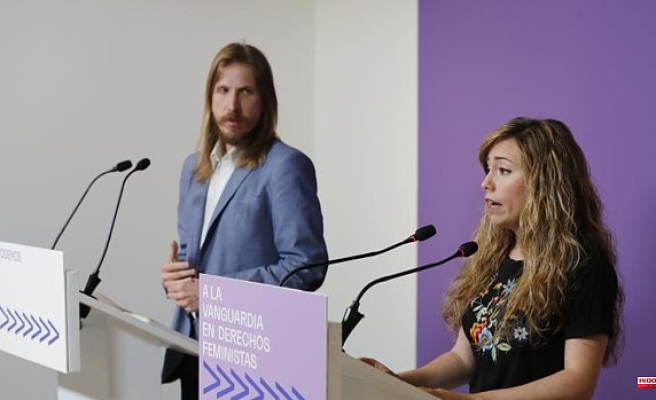 We can blame the President of the Government, Pedro Sánchez, for having broken off relations with Algeria due to his “turn” regarding Western Sahara. This country warned last Saturday that political relations were totally broken and warned that the only possibility of redirecting them was a change of government in Spain. In short, the departure of the leader of the Socialists and the entire cabinet.

The party of the Minister of Social Rights, Ione Belarra, who is the other half of the Executive, blames the president for his historic swerve with the Saharawi people and admits to being "very concerned" because relations with this international ally have been damaged in this way . Podemos insists that "what has happened with Algeria is not good" for Spain, while the relationship with Morocco is getting better and better at the cost of "betraying" the Sahara.

In the press conference after the meeting of the Podemos leadership, spokesman Pablo Fernández frames Algeria's discomfort within "the changes in political positions such as that of the PSOE regarding the Sahara." The spokesman for Podemos says that it is a "huge mistake" and regrets that Sánchez "has betrayed the PSOE's own program and the political position that our country maintained regarding the Sahara" for 47 years. “When you turn your political position around, it can lead to circumstances like the one that has occurred with Algeria,” Fernández insisted.

Sánchez ended more than a year of diplomatic clashes with Morocco in exchange for a historic change in Spain's position: accepting greater power from Rabat over the former Spanish colony. However, it was the president's speech last week in Congress, taking pride in this decision, which made Algeria react -already fed up- by breaking off relations.

The President of the Government materialized this pact with Rabat through a letter unknown to most of his cabinet. But the document was released by Morocco on March 18 and unleashed a very harsh confrontation in the coalition government. United We Can came out en bloc to defend a self-determination referendum for the Saharawis and the entire Congress of Deputies turned against Sánchez. Neither the second vice president, Yolanda Díaz, nor Minister Belarra, were informed of the change despite being a very sensitive matter.

1 Can the price of fuel reach three euros per liter... 2 Facua warns that those affected by the Ryanair strike... 3 Marcelo's emotional farewell that made Raúl... 4 The Government sees "unfeasible" to talk... 5 Cupid: "If the internet is a reflection of society,... 6 The Diputación de Alicante promotes a protocol to... 7 The alleged murderer of Marta Calvo found "perfect... 8 The family of the former president of Bolivia will... 9 The «GS1», absolute winner of the Solo Crossing... 10 “MASCF”, “Charal” and “Fortinet – Best... 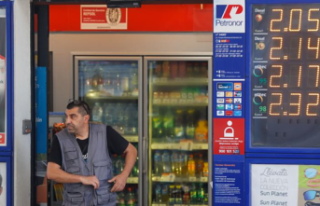 Can the price of fuel reach three euros per liter...