Can the price of fuel reach three euros per liter during the summer?

The measures approved by the Government to discount fuel for carriers and consumers have failed to stop the escalation of fuel prices in Spain. 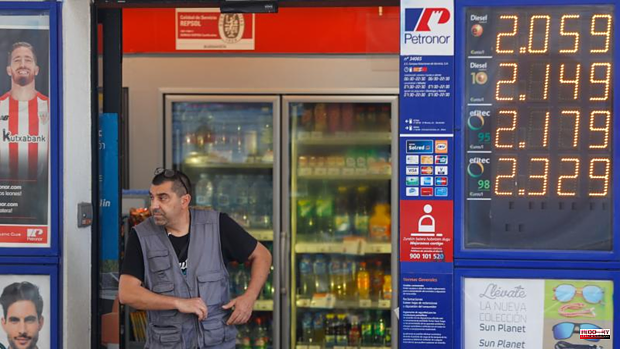 The measures approved by the Government to discount fuel for carriers and consumers have failed to stop the escalation of fuel prices in Spain. Meanwhile, the price of gasoline has not yet reached a ceiling in Spain and is already above two euros per liter with signs of rising during the summer due to the increase in road trips. According to the latest data from the Ministry for the Ecological Transition, the liter of gasoline 95 stood on June 12 at 2.11 euros on average in Spain. For its part, the usual diesel A marked a price of 2.01 euros on average.

On the other hand, based on data from the European Union (EU) Oil Bulletin recorded from May 31 to June 6, gasoline last week exceeded the record of two euros per liter, up to the exact figure of 2,048 euros.

Thus, once the discount of 20 cents from the Executive was applied, gasoline was sold at Spanish service stations at an average price of 1,848 euros per liter, while diesel reached 1,716 euros.

The unstoppable rise in fuels means that the price increase is already 'eating' the discount approved by the Government. Specifically, the price of a liter of gasoline is already higher than that of the last week of March, before the bonus came into force and when it stood at 1,818 euros.

In this regard, from the Spanish Confederation of Service Station Entrepreneurs (CEES) they highlight the problem of narrowing the margins of service stations. "So much so that since the discount came into force, our purchase prices have grown by 24%, while our sale prices have 'only risen' by 16%", points out Nacho Rabadán, general director of CEEES.

Despite this, they stress that the bonus has served so that the price escalation is somewhat less noticeable in the pockets of citizens. "What happens is that as prices continue to rise, the consumer is left with the idea that the discount has been absorbed by the gas stations," explains Rabadán.

This same Monday morning, the First Vice President and Minister of Economic Affairs, Nadia Calviño, advanced that the Executive is studying changes in the measures to stop the rise in prices and did not rule out a possible increase in the amount of the bonus per liter of fuel which is now in force and ends on June 30.

“What we are going to do is analyze whether modifications or changes need to be made to ensure that those measures are as effective as possible” in helping the consumer.

Likewise, Calviño reaffirmed that "the price of energy in international markets depends a lot on the war" in Ukraine and warned of the impact that transport costs are having on food prices. Thus, Calviño blamed the increase in fuel prices on the international scene, but recalled that the National Commission for Markets and Competition (CNMC) "is closely monitoring" the existence of bad practices at gas stations.

1 Facua warns that those affected by the Ryanair strike... 2 Marcelo's emotional farewell that made Raúl... 3 The Government sees "unfeasible" to talk... 4 Cupid: "If the internet is a reflection of society,... 5 The Diputación de Alicante promotes a protocol to... 6 The alleged murderer of Marta Calvo found "perfect... 7 The family of the former president of Bolivia will... 8 The «GS1», absolute winner of the Solo Crossing... 9 “MASCF”, “Charal” and “Fortinet – Best... 10 Philosophy of the comic: when humor has to survive... 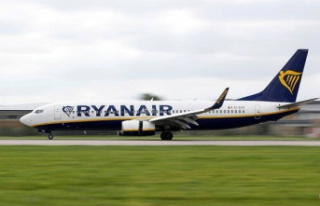 Facua warns that those affected by the Ryanair strike...