Siro: from sweet to bitter

“After 26 years at the factory, Siro means everything, because your life and friendships revolve around the plant. 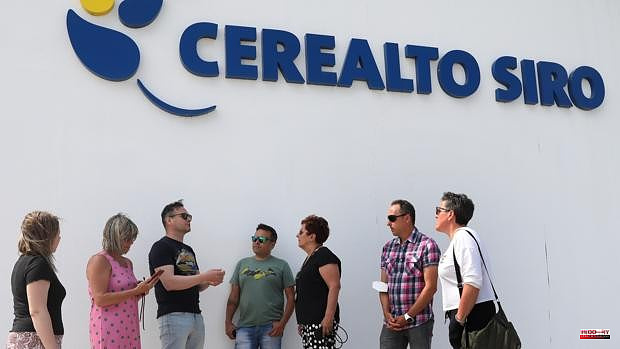 “After 26 years at the factory, Siro means everything, because your life and friendships revolve around the plant. I started working when I was a child, as soon as I finished my studies, and I trained professionally there until today». Iván López, framed in the maintenance area, ensures that his social life and friendships are focused on work.

He described the decision to close the Venta de Baños biscuit plant as a "great stick," adding in statements to Ical that "all illusions, dreams and future visions" are vanishing.

A native of the municipality, he assures that this news is the "talk" of shops and bars, given that people "are already talking about the disaster it will be for the region, because it also affects external companies."

"What they want to do is totally unfeasible."

The transfer option is impossible because the conditions offered are "third world" and the workers have their lives developed in the area and it is not so easy to move to the factory located in Aguilar de Campoo, for example.

“It is impossible to maintain two lives. Either you sell your properties here so you can move to the other side or it's impossible." In addition, he affirms that the new conditions imply wringing a salary from 25 years ago, with which he would not "give enough to pay for fuel."

José Díaz, immersed in the factory since 2003, is in the same position, making it clear that the relocation option is not viable, as his life and family have been formalized. «It is not possible with the economic conditions that arise. It would be working at a loss and investing many hours in displacement.

The forklift driver admits that he has received the news very badly, as it was unexpected in the face of such far-reaching consequences, because readjustments were proposed, but not the closure, he points out. He transfers that “emotionally they are all out of place and out of place. The one that takes less does not stop being half a life working. Siro means the sustenance of our families.”

"They have squeezed me and now they kick me." That phrase gains prominence among the vast majority of workers asked, who explain that they carry out their daily work with machinery and technology that are more than 25 years old, due to the null investments and modernizations in the biscuit plant, they point out.

They give as an example the threading machine, which has been broken and unused for years, so the worker in question has to supply its function by hand threading hundreds of boats daily. “Then there are wrist pains and time off work. It can be said that the Siro biscuit is artisan, everything is made by hand", they comment ironically, stating that "things turn out too well to say that the factory is not competitive",

Juan Carlos Carrera relates that his life has been linked to Siro for 25 years, although he speaks of his stage in the past due to recent events. «I liked working there, because before you went with another illusion, but we have seen that the factory has not been well invested in order to be competitive and we are headed for a closure that nobody wants».

Like Carrera, Yolanda Maza and Elisa Limones explain that the cookies and the plant mean everything to them, where they have friends and family, in the face of a closure that greatly affects a town like Venta de Baños.

In the case of Limones, the blow is greater, because her husband is also a worker, and the decision fully affects the family nucleus. It is a very big “bump”, she asserts.

1 The central government will not claim the Casa Cornide... 2 Ten injured of various considerations when a van and... 3 One in five reptile species are in danger of extinction... 4 They tried to board the Tenerife ferry with 30 kilos... 5 In a luxury villa and with the light 'hooked':... 6 Luis Enrique: "There'll be surprises before... 7 Miguel Yanguas crosses the Marbella Master's... 8 Why India's most poor children are falling further... 9 A new, unusual superyacht concept features a huge... 10 Correos projects that the strike will be followed-up... 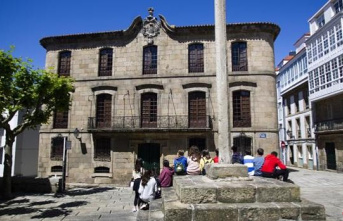 The central government will not claim the Casa Cornide...