The Fiscal and Border Section of the Port of La Luz and Las Palmas have arrested a 32-year-old man and a 26-year-old woman who tried to board a ferry bound for Tenerife with 30 kilos of hashish hidden in the trunk of their tourism. 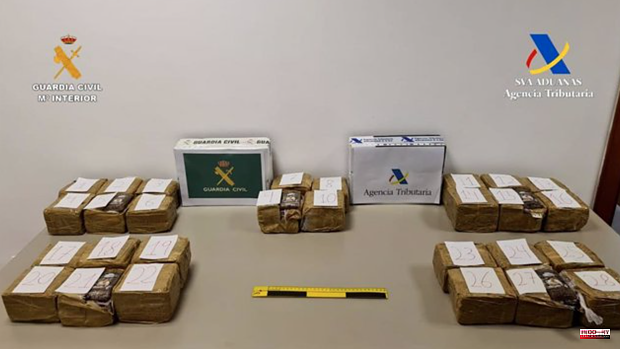 The Fiscal and Border Section of the Port of La Luz and Las Palmas have arrested a 32-year-old man and a 26-year-old woman who tried to board a ferry bound for Tenerife with 30 kilos of hashish hidden in the trunk of their tourism.

According to the Civil Guard, they are accused as alleged perpetrators of a drug trafficking crime.

The action took place as a result of the joint surveillance work that exists in the fight against drug trafficking by the Fiscal and Borders Section of the Civil Guard and the Customs Surveillance Service of the Tax Agency.

Thus, during a control of people and vehicles, the agents carried out the appropriate checks on one of the cars that was proceeding to board the island of Tenerife, in the case of a couple traveling with a rental vehicle.

During the action, the Civil Guard analyzed the behavior of the passengers, who were elusive and nervous, which is why a more exhaustive inspection of the vehicle was carried out, locating five vacuum-packed bags hidden in the passenger compartment intended to house the tire spare.

For their part, the packages located were wrapped in brown packing tape, with the agents suspecting that it could be some type of drug. After opening one of the packages, which contained various brown resinous pills inside that, as corroborated by the narcotics test to which the substance was subjected, it was hashish.

In total, 30 kilograms of hashish pollen were seized, scattered in packages of about five kilos, and the Civil Guard immediately proceeded to arrest these two people for a crime against public health.

Finally, the detainees, together with the seized drug, have been made available to the judicial authority; while the Guard Court of Las Palmas de Gran Canaria has ordered the admission of both to preventive detention.

1 In a luxury villa and with the light 'hooked':... 2 Luis Enrique: "There'll be surprises before... 3 Miguel Yanguas crosses the Marbella Master's... 4 Why India's most poor children are falling further... 5 A new, unusual superyacht concept features a huge... 6 Correos projects that the strike will be followed-up... 7 The average mortgage is 613 euros annually due to... 8 Elon Musk and Twitter sue investor over takeover offer... 9 Campaigners claim that a Meta VR platform has been... 10 The results of all elections in Castilla y Leon from... 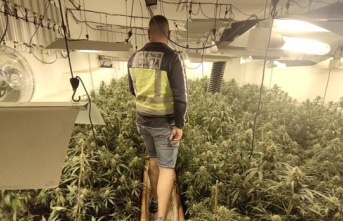 In a luxury villa and with the light 'hooked':...